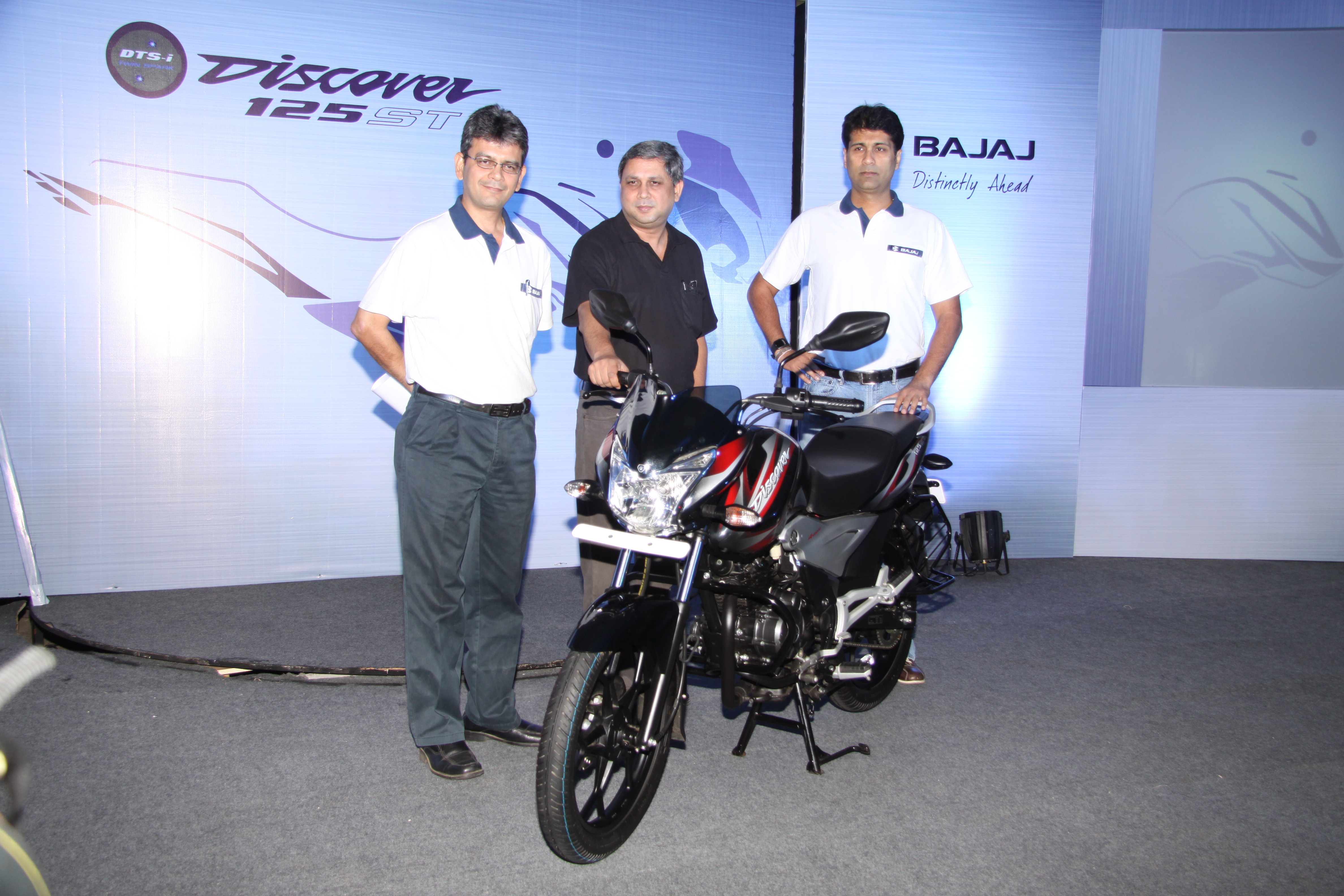 Commenting on the launch, K Srinivas, President – Motorcycle Business, Bajaj Auto Ltd. said,“We believe that the average Indian commuter has to compromise a lot for fuel efficiency. With the Discover ST we are making a statement that mileage need not come with boring design and outdated features.

He further added, “The Sports Tourer is an everyday fun ride to work. We believe that the sporty evolution of the commuter category will occur fast, and it is our intention to dominate this segment by introducing such breakthrough products.”

We had also reported in detail about the new features seen on the new Pulsar. We had said that the new technologies and features take the bike way forward to rub shoulders with the International competition. Now, the next gen Discover is as much modern and feature-rich as the next Pulsar is. The new Discover sports a gas filled Monoshock (a segment first) and it may be noted that Discover becomes the second Bajaj to sport this type of rear suspension, the first being the Pulsar 200NS. Very much like the 200NS, the new Disco too gets a new chassis and swingarm.

The new Discover 125 ST debuts with a 4 valve 125 cc DTSI mill that produces 13 PS of power and 1.1 kgm of torque. This bike has same power to weight ratio as the last gen Pulsar 150 UG3 and thisalone speaks about how quick the bike is. The ST here stands for Sports Touring but we don’t have much of hopes of this bike being a Suzuki Bandit rival. However, stupid name apart, the bike looks all set to take the Bajaj ahead into the future of Indian biking.

Bajaj definitely understands the pricing bit and like most other Bajaj bikes, the Discover 125 ST too comes with a reasonable price tag. The price for the all new Discover has not been disclosed yet but the bike hits the showrooms in second half of June.      .