Audi India has launched the S4 in India at a price of Rs 45.31 lakh. The sporty sedan, powered by a 3.0 V6 TFSI engine with 333bhp of power and 440Nm of torque, can be described as the sportier, more athletic avatar of the A4. The car is capable of going from 0 to 100 km/h in 5.0 seconds flat with top speed limited to 250km/h. Interestingly the decision to bring the car to India was taken via an online poll on social media networks. The verdict from the fans was a resounding YES, and we have the car here as a result.

The exhilarating 3.0 liter TFSI engine unit on the car is mated with a seven-speed S tronic transmission. The tranny feeds the power to quattro drivetrain with the self-locking center differential and torque vectoring. The sport suspension lowers the vehicle body by 20mm, and a high-performance brake system provides powerful deceleration. The wheels are 18 inches in diameter. 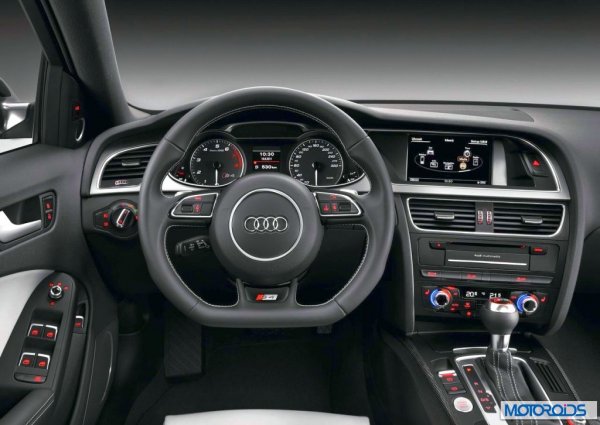 The S4 adds a dash of dynamism and flamboyance to the relatively sober A4. It then adds performance and equipment to rise as a premium offering. From the outside, the hexagonal single-frame grille, the wedge-shaped xenon headlights with LED daytimes running lamps, the LED rear lights and the new bumpers are the most obvious cues to the updated model. The radiator grille insert is Platinum Gray and features finely sculpted, horizontal chrome crossbars and an S4 badge. The housings of the exterior mirrors shine with an aluminum-look finish, the side sills are painted in the body color and V6 T badges adorn the flanks.

On the inside, the new Audi S4 has a leather multifunction sport steering wheel with a redesigned S4 badge and flat-bottomed rim available as a sporty option. The inlays have surfaces of Matt Brushed Aluminum and sportily cool black dominates the interior. The lighting package, the xenon plus headlights with LED rear lights and the driver information system with color display round out the specific standard equipment of the S models. 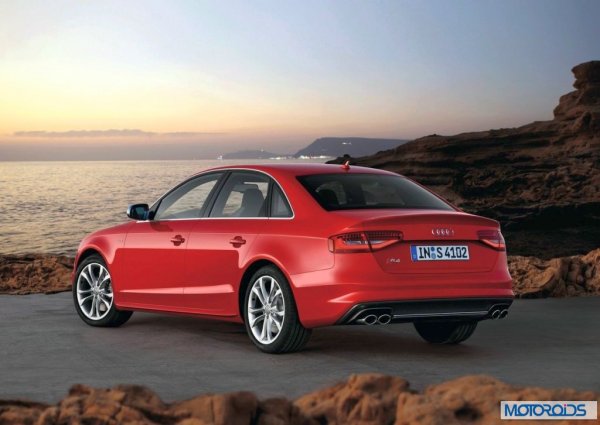 The S4 will be available at 19 Audi dealerships across the country. Audi India plans to expand its network to 25 dealerships by the end of 2012 from its existing 19 centres. Audi recently opened new showrooms in Coimbatore, Delhi West, Nagpur and its second in Madhya Pradesh in Bhopal. Last year, the luxury carmaker opened new showrooms in Delhi South, Chennai, Ludhiana, Surat and Indore. Further developments include Lucknow, Navi Mumbai and Mumbai South among others.

“We started the ‘Vote for S4’ campaign on various social media platforms and the outcome was overwhelming as thousands of fans participated on a daily basis and unanimously voted to bring the S4 to India”, added Mr. Perschke, head, Audi India.