Volkswagen celebrated the India launch of the new Beetle at NSCI, Mumbai, through a lifestyle evening in the presence of Volkswagen Beetle customers, Bollywood actor, Shahid Kapoor, ace designer Kunal Rawal and the crème de la crème of Mumbai’s fashion circuit. The new Beetle is powered by a turbocharged 1.4L TSI engine which replaces the 2.0 liter mill found on the old gen Beetle. The 1.4 liter TSI mill is paired to a 7-speed DSG gearbox. The new Beetle can be a good Christmas present for your wife at INR 28.73 lakhs (ex-showroom Mumbai), (assuming you have the dough). 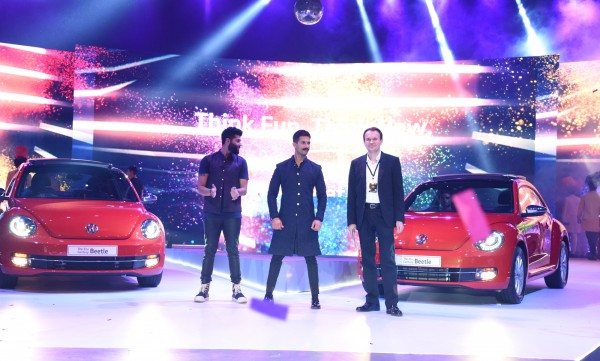 On the occasion of this launch, Mr. Michael Mayer, Director, Volkswagen Passenger Cars India said, “It gives us immense pleasure to celebrate the launch of the 21st Century Beetle in India, amidst our esteemed customers. Today, we bring one of the world’s most loved automotive icon, ‘the Beetle’ back to the Indian shores. And we are very excited to collaborate with India’s edgy and super creative fashion designer Kunal Rawal to present his collection, aptly inspired by the 21st Century Beetle.  What is also incredibly special for us is the presence of Bollywood’s superstar Shahid Kapoor to launch the 21st Century Beetle and be amongst us in this milestone celebration for Volkswagen in India. We firmly believe that our truest brand advocates are our customers, and through this special evening, we seek to thank them for their unending support, and look forward to begin a new chapter for the Beetle, with them.”

Bollywood actor, Shahid Kapoor, who was also present on the occasion, said, “As an automobile enthusiast, the Beetle is something that I grew up with because at the core of it lies fun and freedom. The 21st Century Beetle has style, sophistication, freshness and a charm that comes so naturally to it. I would like to take this opportunity to congratulate Volkswagen India on the launch of the 21st Century Beetle, and wish them luck for a successful run in India.” 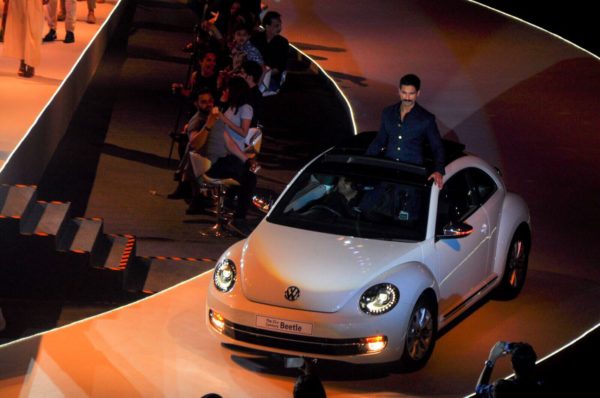 Delighting guests at the event was reputed fashion designer, Kunal Rawal, who displayed his exclusive collection, inspired by the Beetle. He said, “The Beetle is known for its unique styling, strong references to global popular culture and an unmistakable retro personality that is complimented by its bright, much in vogue body colour palette. Inspired by these very factors, my collection this evening, was full of vibrant colours, riveting emotions and most importantly, just like the bug, it was something fun and new. The 21st Century Beetle comes with brushstrokes of fun, and today I tried to capture just that.”