Car makers have tested their cars on the Nurburgring for various parameters such as handling, lap timings etc. Now, Toyota has taken the Prius Plug-in hybrid to the Green Hell and set a fuel economy record. 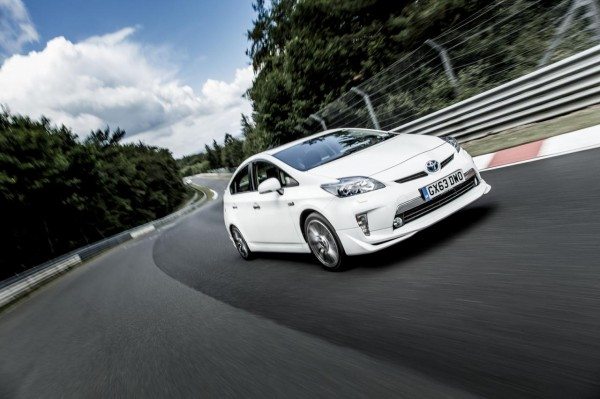 Motoring journalist and Japanese car expert Joe Clifford was behind the wheel of a standard Prius Plug-in he has recently upgraded with the addition of TRD parts. Joe completed the 12.9 mile (20.7 km) long course in 20 minutes and 59 seconds. Yes, you read it right ! The Prius took nearly 21 minutes to lap the ‘Ring. The reason for this slow lap was that the Prius ran mostly on electricity so it effectively averaged 698 mpg UK (581 mpg US / 0.4L/100km). Also, the company goes on to say the “record” was set during a public session, so the car had to deal with traffic and all circuit rules including the minimum average speed of 60 km/h (37.2 mph). 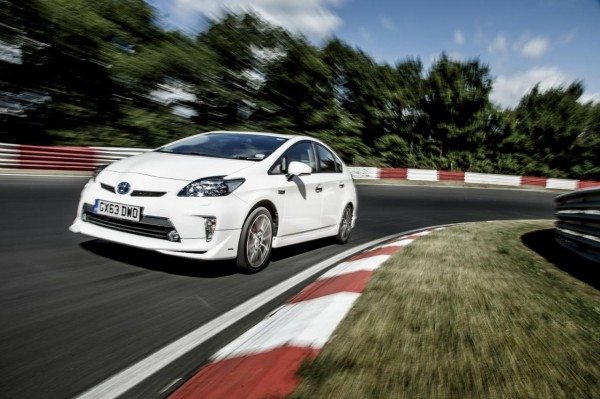 Clifford said: “We used no special tricks for this test. We simply took a fully charged car, fitted it with low rolling resistance tyres and drove the lap, among all the other public drivers taking the opportunity to experience the challenge of the Nürburgring. Although the 12.9-mile distance is similar to a typical commuter trip, the difference here is a rise and fall in elevation of around 1,000 feet. In fact it was only on one long climb that the petrol engine cut in, and then only for a short while. Without that, we think we might have even achieved the ultimate 999.9mpg read-out – the highest figure the display can show.