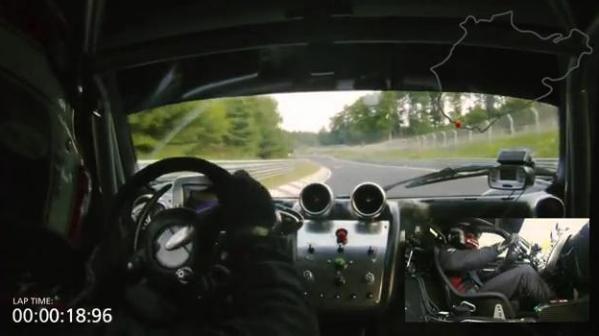 We told you when the Ferrari 599 XX created a record around the fabled Nurburgring for being the fastest stock car derived race car (yes, we know that’s a weird classification) to around the Nurburgring (Click here to watch the Ferrari record video). We also told you when the Pagani Zonda R broke the record set by the Ferrari. However, Pagani didn’t release a video of its record lap at that time. Now the company has released an in-car video of the fastest lap around the Ring.  They have shattered the 6:58record set by the 599XX. Here’s a video of the feat – life doesn’t get any faster than this in the real world!