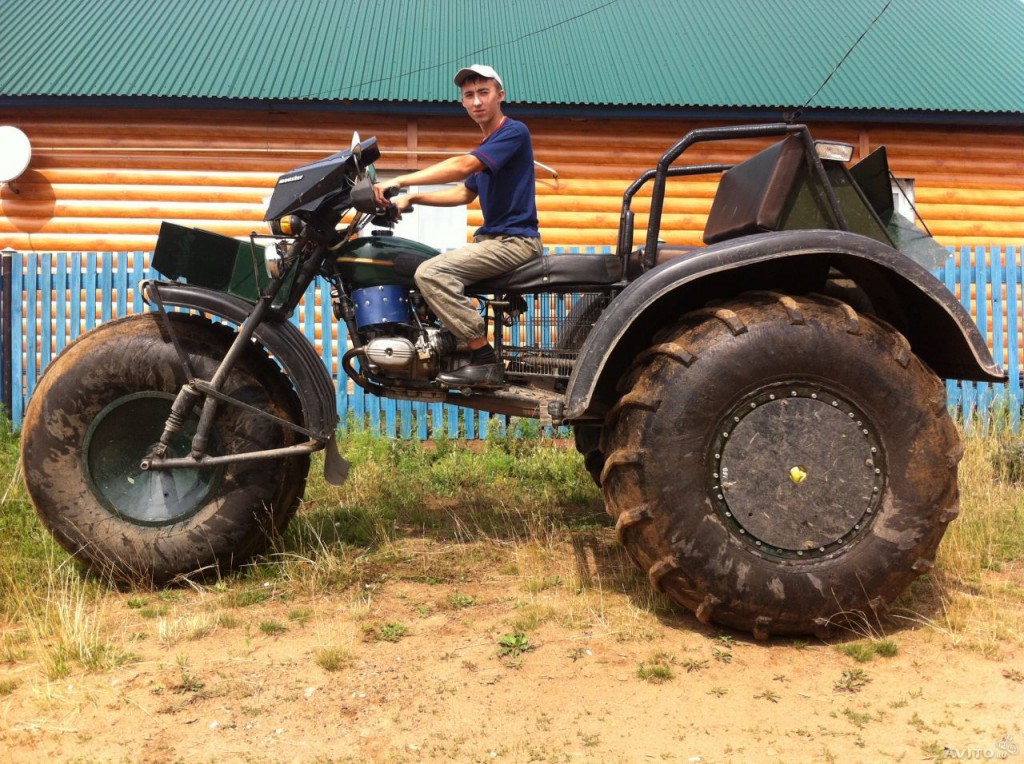 The size of this badass looking contraption might not necessarily fit into the trike category, but it does manage to do a lot of things more than a conventional trike could. A 2 year project of an enthusiast by the name of Marat from Kirov, Russia- this humongous looking trike is rather powered by a Ural 750cc boxer motorcycle engine. The engine does seem too petite and underpowered for the piece of machinery it would be lugging around, but then it does manage the job pretty well. Marat has increased the jet size of the carburetors by 68mm which has resulted in a minor power bump by 1.5 bhp. 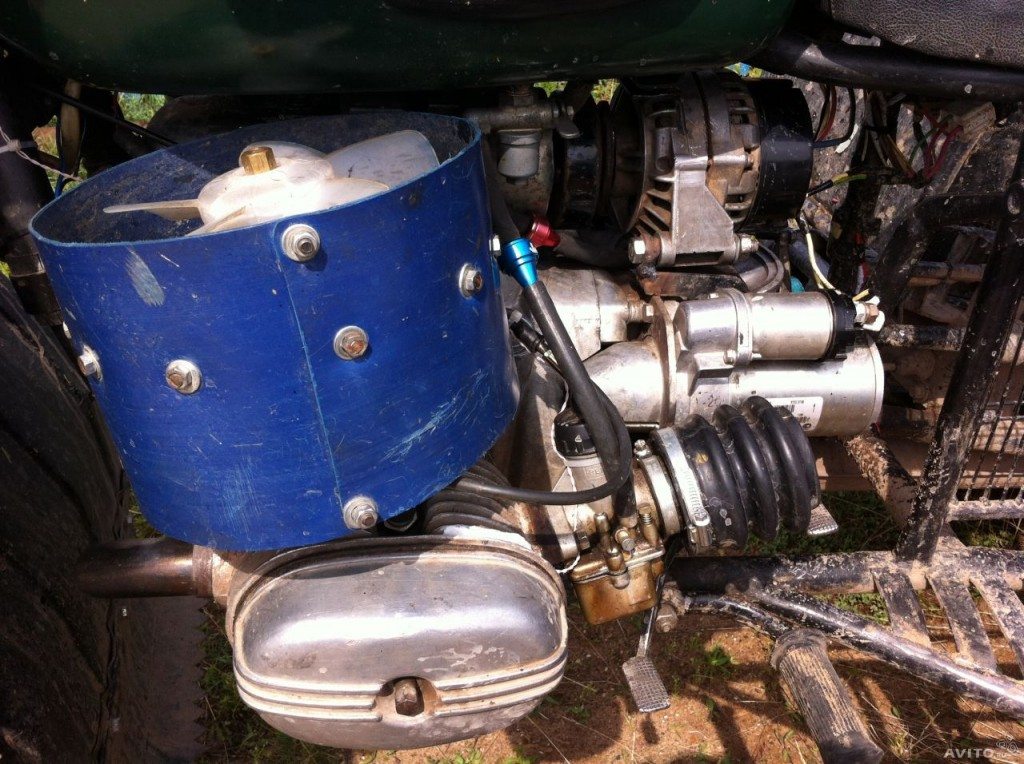 This Ural trike could carry as much as six people and could roll over any possible obstacles such as timber logs, rocks and fences. If that wasn’t enough, it can even transform into an amphibious vehicle floating over water bodies with the full load of six passengers at the speed of 10 kph against its on-land top speed of 60 kph. Marat is rather not willing to call this a trike as he himself is confused on his creation that apart from a motorcycle can double up as an ATV, swamp vehicle, snow-mobile, a floating monster on wheels etc. 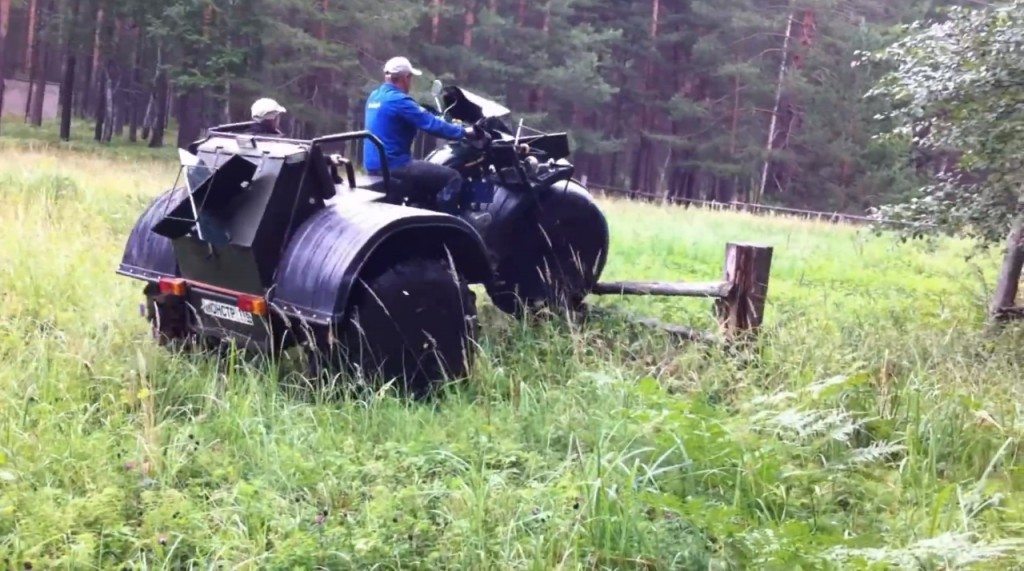 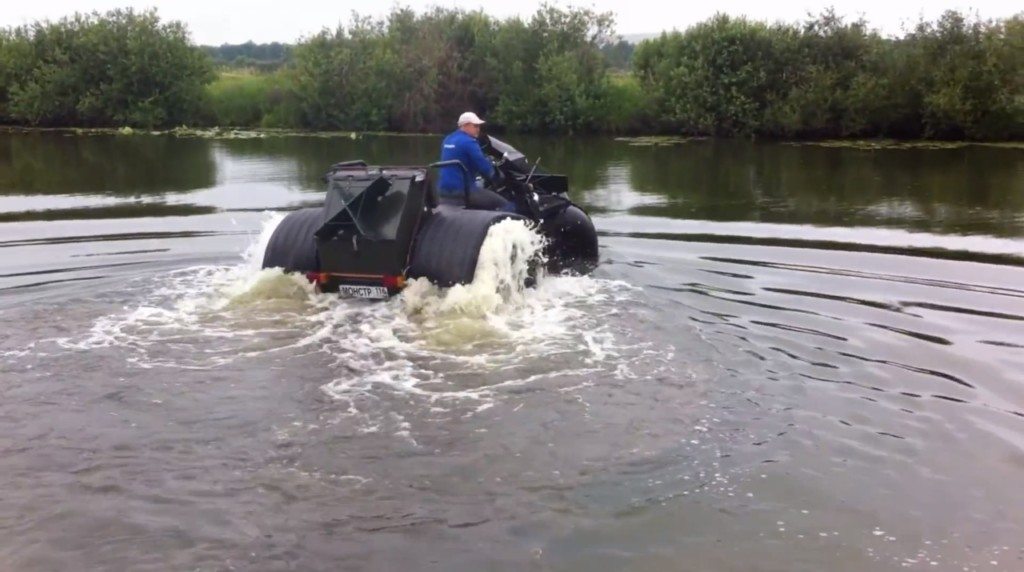 But Marat is willing to part with his beloved set of wheels and has put up the trike for sale online. Though such type of a creation might not be treated as legal in this part of the world, but Marat states that the documents are in order and is expecting a price of 300,000 Russian Rubles.

You may have a look at Marat’s creation in motion in the video below:

Features
,
News
,
Ural Motorcycles
,
Motoroids Comments
Facebook Comments
Leave a Reply Cancel reply
Popular Stories
This Digital Render Of Tata Motors’ Premium Sedan Is Full Of Sharp Imagina...
Hyundai Creta 7-Seater Version: What Could It Be Like?...
Five Most Affordable Automatic Hatchbacks in India...
All The Cars You Can Buy With A Factory-Fitted CNG Kit...
Royal Enfield Bullet 350 BS6 Launched...