The upcoming 2015 Volvo XC90 has already been spotted on several occasions. This time though, the car has been caught testing in its production body and here are a handful of 2015 Volvo XC90 images that have been taken in France by international media. 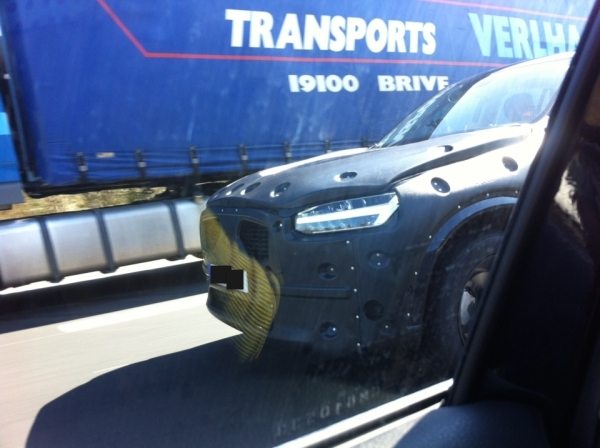 The headlights of the production spec model are clearly visible in these new 2015 Volvo XC90 images and their T-shaped daytime running lights seem to be exactly the same as those on the XC coupe unveiled at the Detroit Motor Show this year. The new XC90 would be unveiled later this year and the new model is also likely to feature many design cues taken from the aforementioned concept model.

On the inside the cabin of the all new 2015 XC90 will sport a touchscreen entertainment system among several new features. The car, in all probability, would have a 7 seats arrangement. 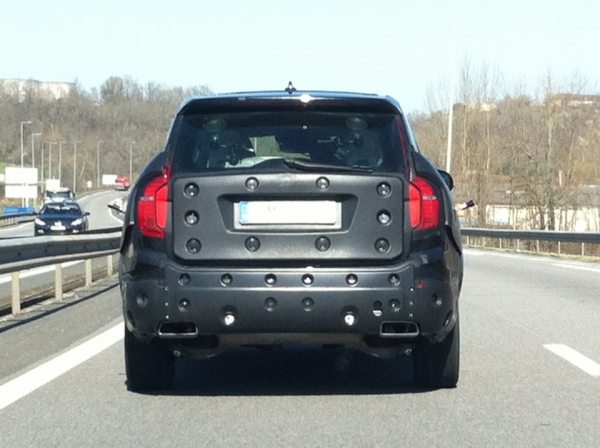 Underpinning the next XC90 SUV would be an all new Scalable Platform Architecture (SPA). The SPA platform will work as a common architecture to keeps investment costs under check and maximise profits. A common architecture enables various manufacturers to share components and make manufacturing cars more flexible. The new XC90 will come with new motors that should include one diesel and two gasoline engines with a turbocharger equipped four cylinder layout.  Another thing that we are very sure of is that the new XC90 would be loaded to brim with safety features.