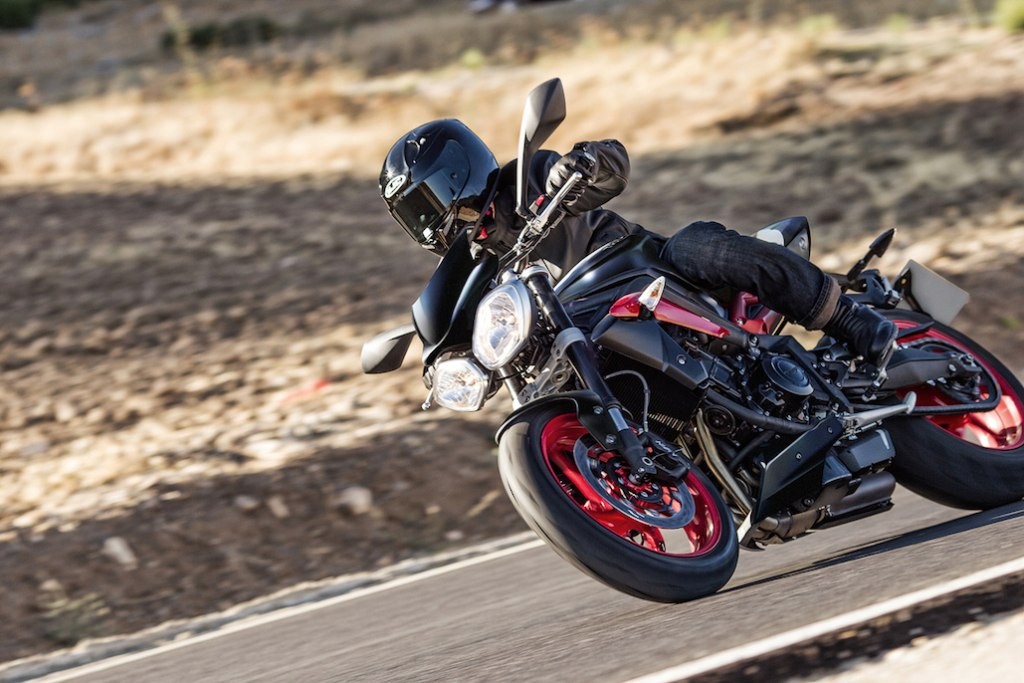 Triumph Motorcycles has launched the limited ‘black’ edition of its Street Triple Rx in the UK. Unveiled at Motorcycle Live at NEC Birmingham, held on 28th November, the Street Triple Rx Black will be available through Triumph dealerships from early January 2016. 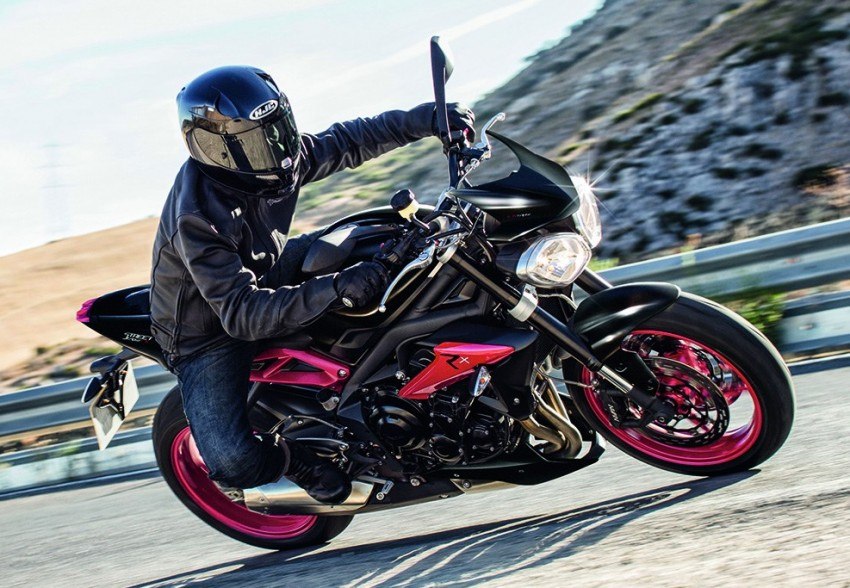 Apart from the new graphics, and a semi-gloss black paint job differentiating it from the 2015 Rx’s matte silver finish there is no other change made to the motorcycle. The motorcycle continues to be powered by an inline three cylinder, 12-valve, DOHC liquid-cooled engine displacing 675 cc. Power is rated at 105 hp at 10,500 rpm, while torque is 68 Nm at 9,750 rpm.  Transmission is handled by the six-speed, close-ratio, quickshifter gearbox which did duty on the previous version while the fuelling is via multi-point sequential electronic fuel injection.

The Versatile motorcycle has won hearts the world over for its suitability to a variety of rider skill levels. It’s friendly enough for the novice rider, while still having some challenges up its sleeves for those with an adventurous intent. The signature three-cylinder exhaust note of the motorcycle has also won many admirers.