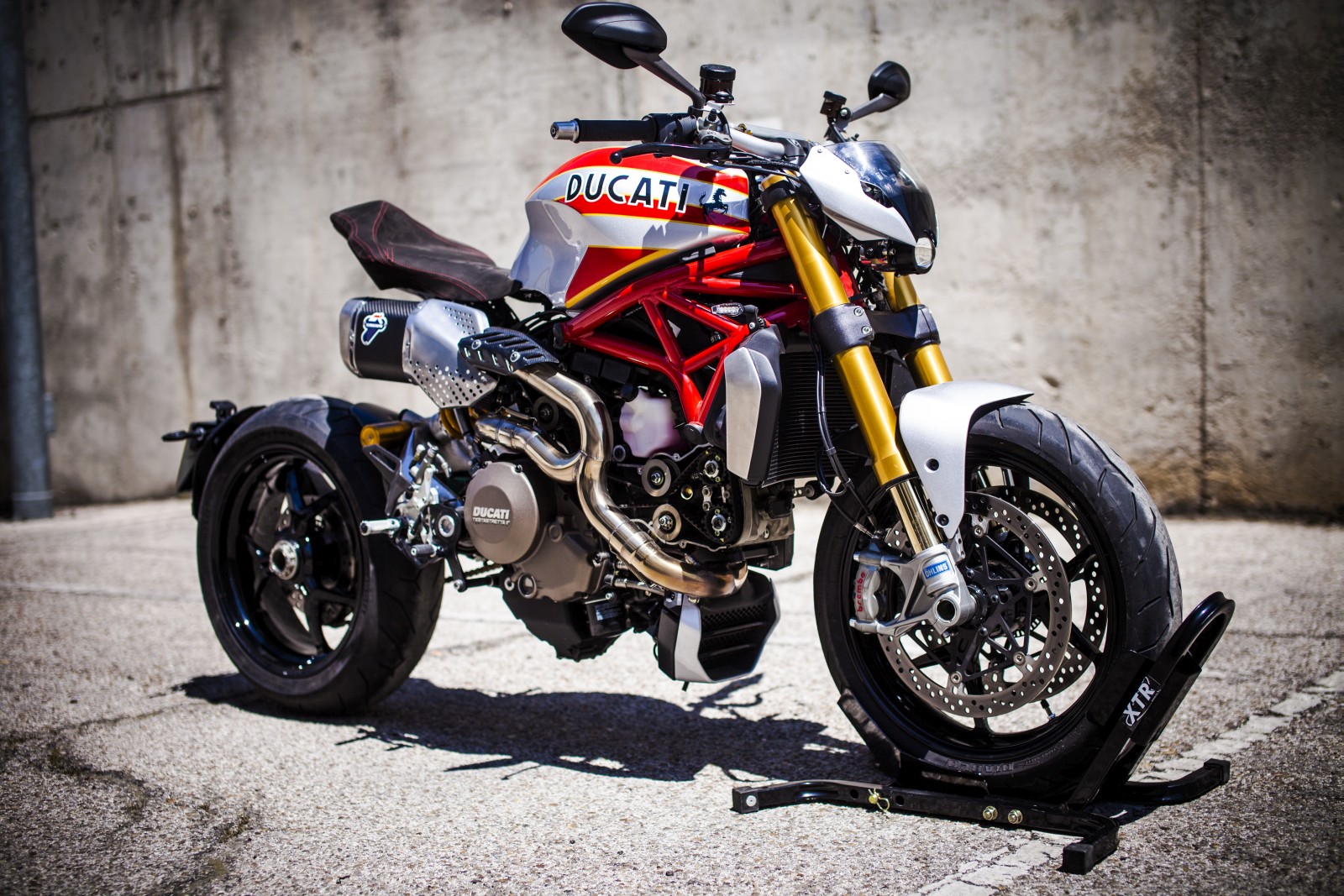 If we had to describe the XTR Pepo’s Siluro based on a 2015 Ducati Monster 1200 S in one word, we would call it badass. This one-off Monster 1200 S was made to order for Ducati Spain and is a tribute to the 1950s Siluro motorcycle which set many speed and endurance records back in its time. 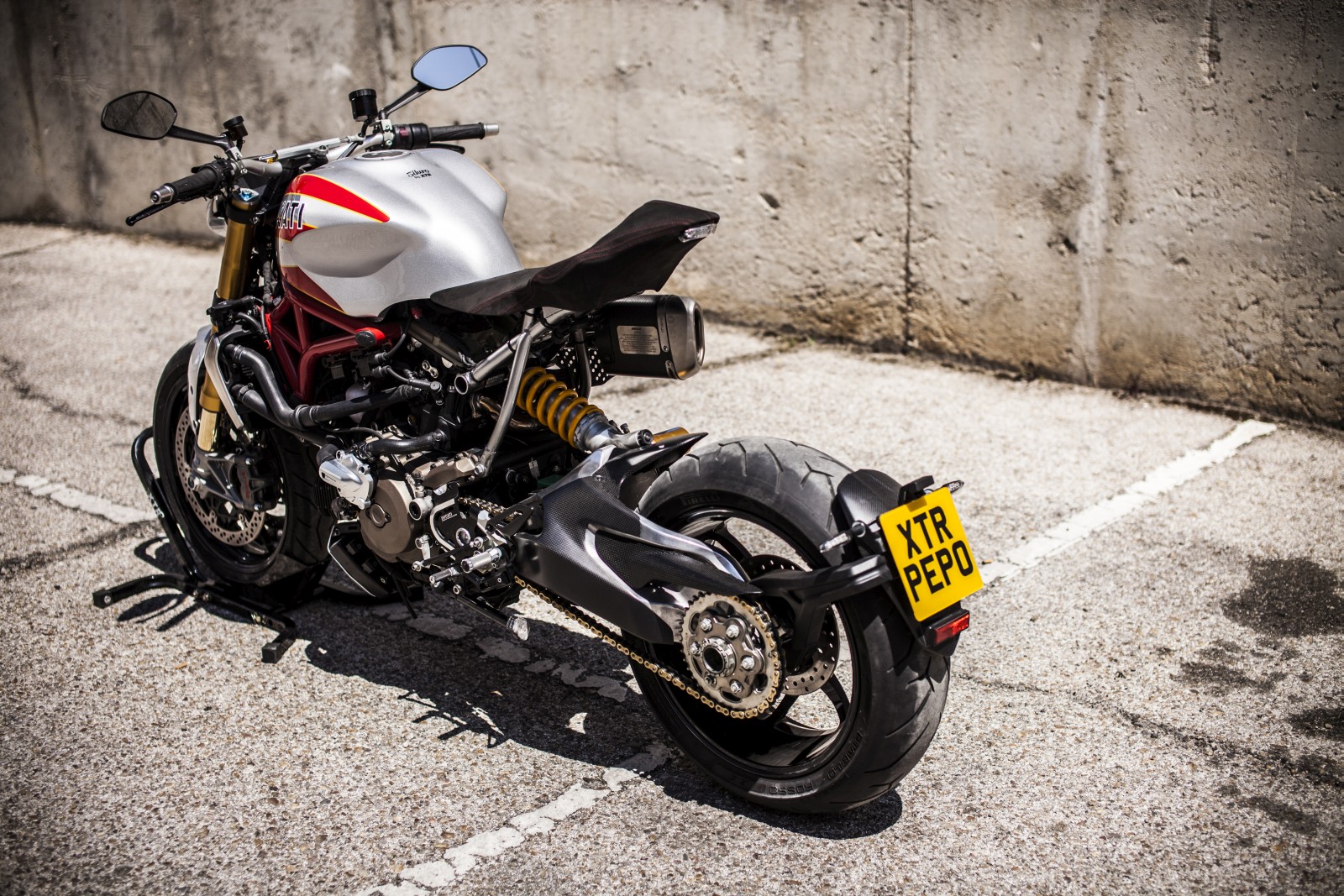 XTR Pepo put the Monster 1200 S on a strict diet to shed all the unwanted weight. The custom house took all the plastic covers off the engine and radiator, exposing all the internals. Moreover, oodles of carbon fibre Ducati OEM or Ducati Performance parts such as swingarm cover, rear mudguard, licence plate holder further aided shedding weight. The minimalist design helps the Siluro tip the scale at 40 kilograms lower  than the stock Monster 1200 S. There is no mention of any mechanical updates to the motorcycle but the reduced weight now offers better power-to-weight ratio. 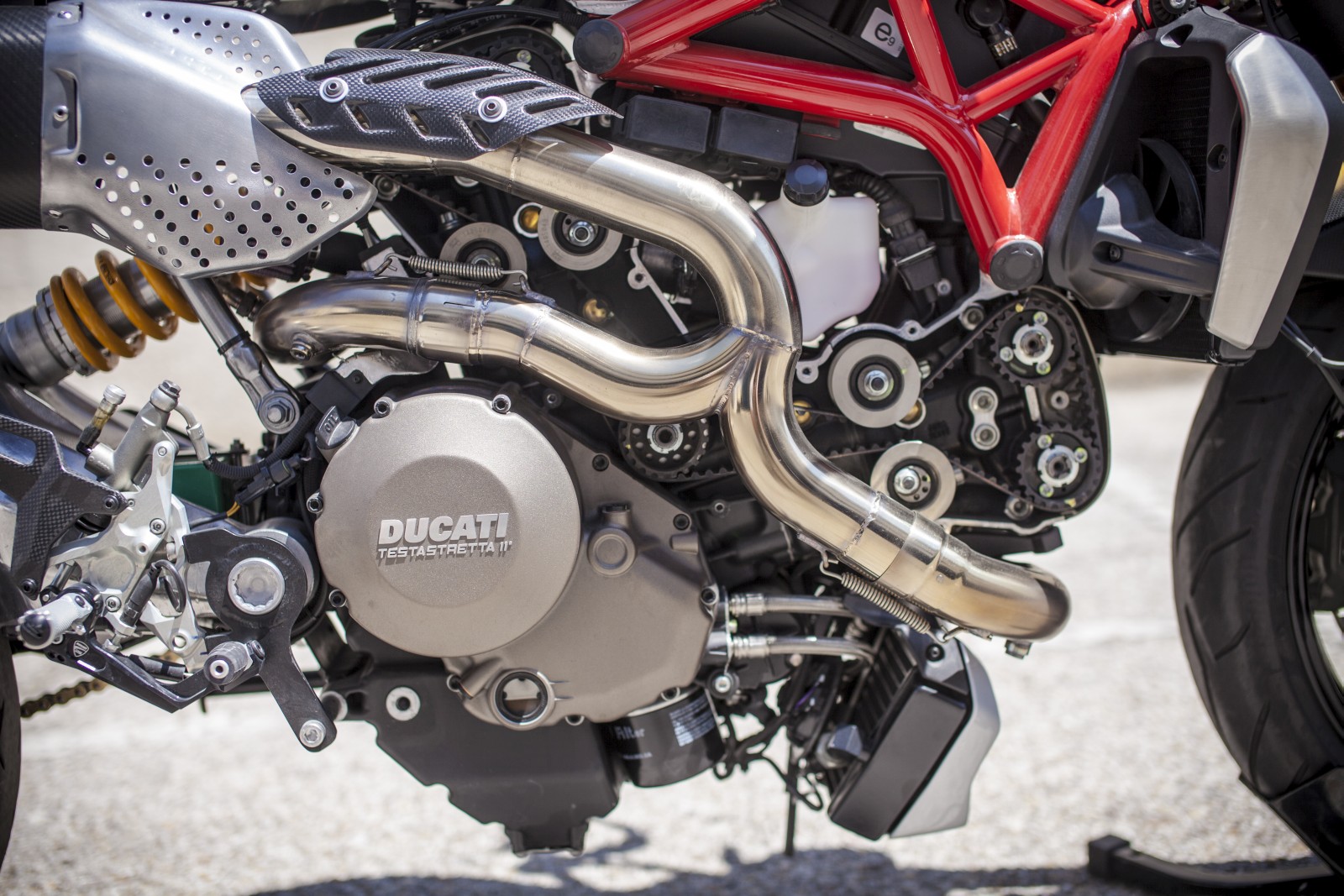 A customised XTR front ellipsoidal headlight with blackened mask and two cavities is unlike anything that we have seen till now. The OEM fuel tank has been modified in the rear to allow seeing the cylinder head. The customised suede XTR solo seat gets contrasting stitching. The seat also covers the rear end of the subframe and houses the LED tail light. The Termignoni silencer gets a scrambler style tall positioning replacing the conventional, single-sided stock exhaust. 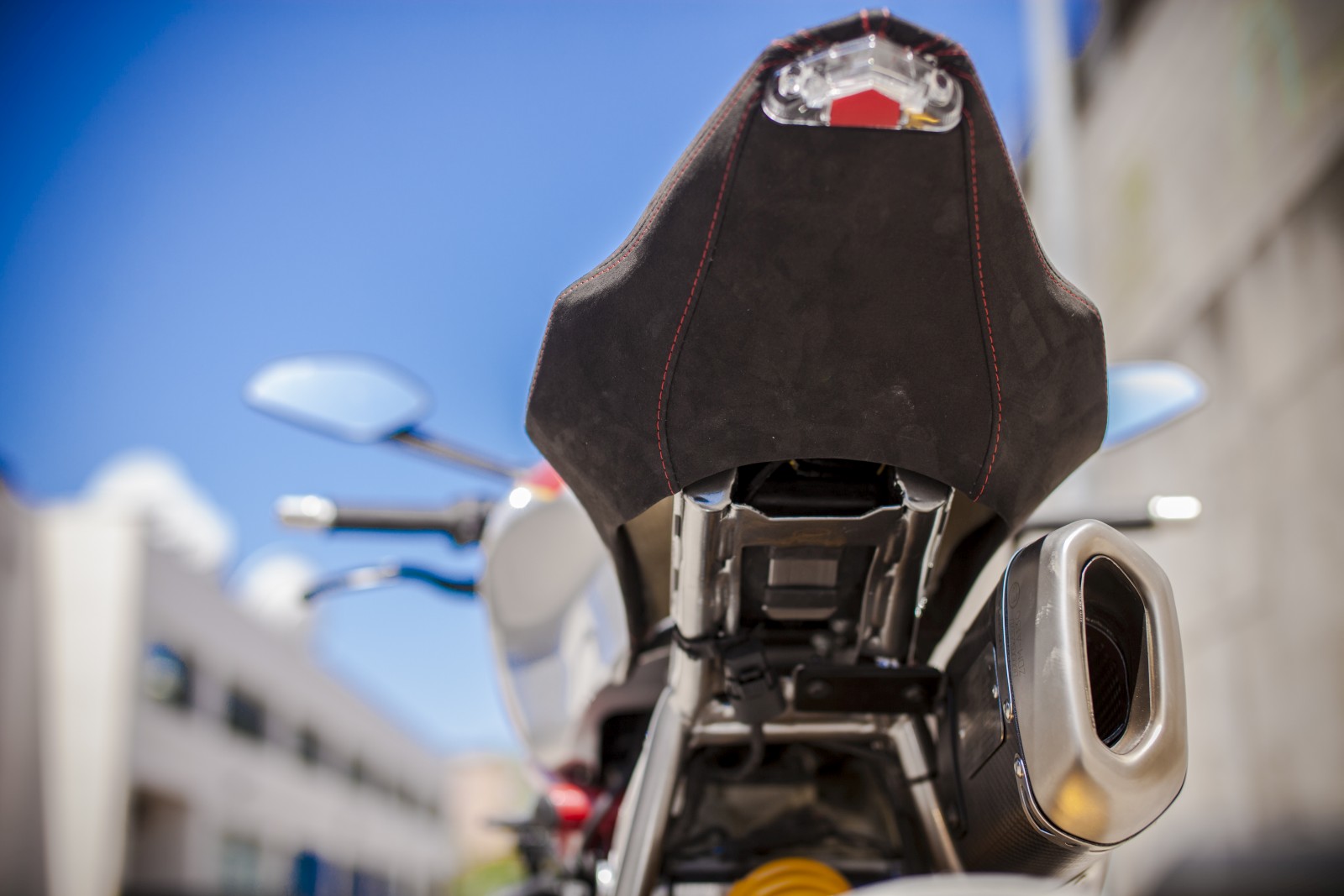 Ergonomics get even more aggressive and focused with Ducati Performance ergal cnc machined Panigale race footrests. Here is what else has gone into the motorcycle.

Check out the complete image gallery of the XTR Pepo Siluro below. Do let us know you views about the motorcycle through the comments section below.