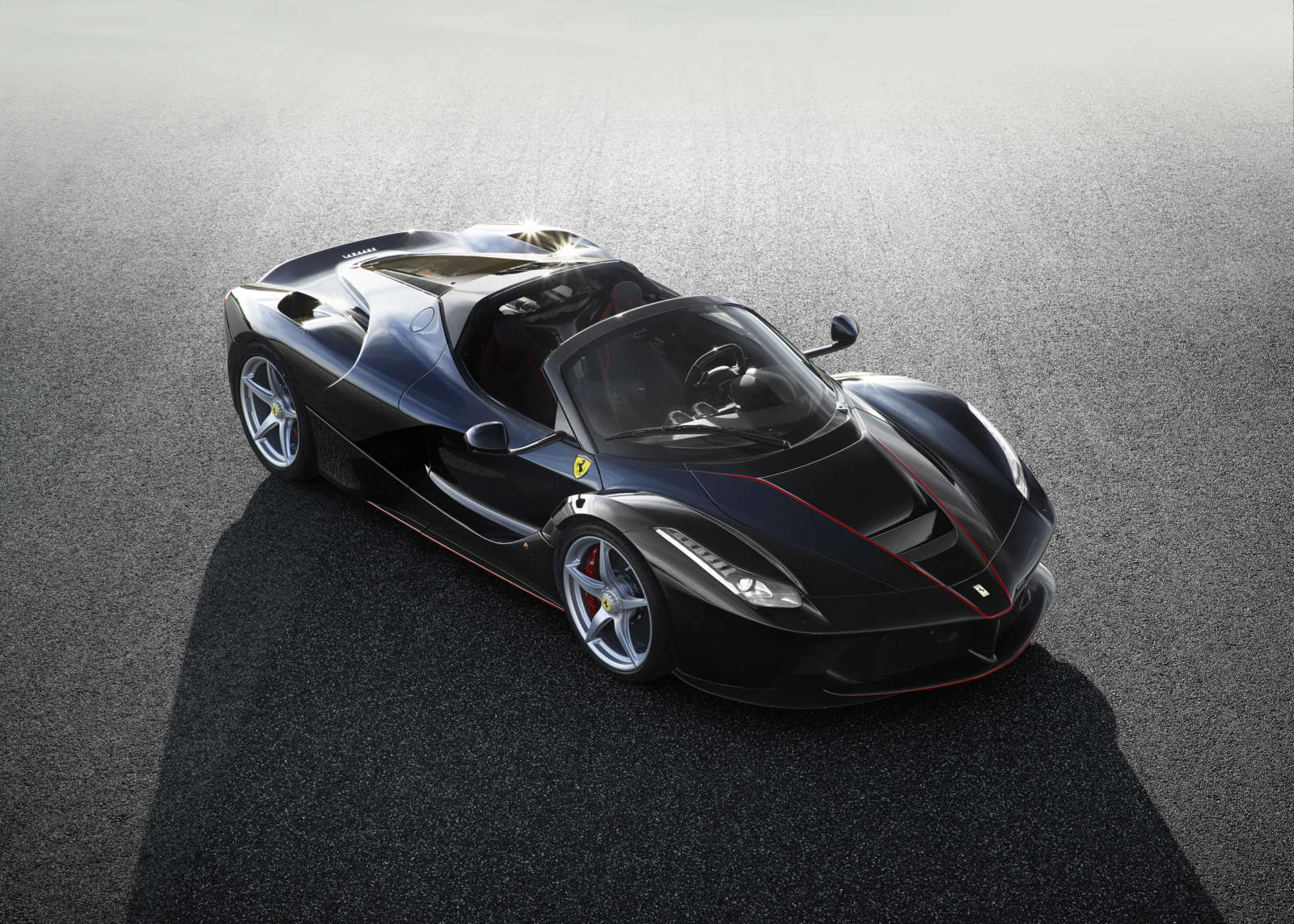 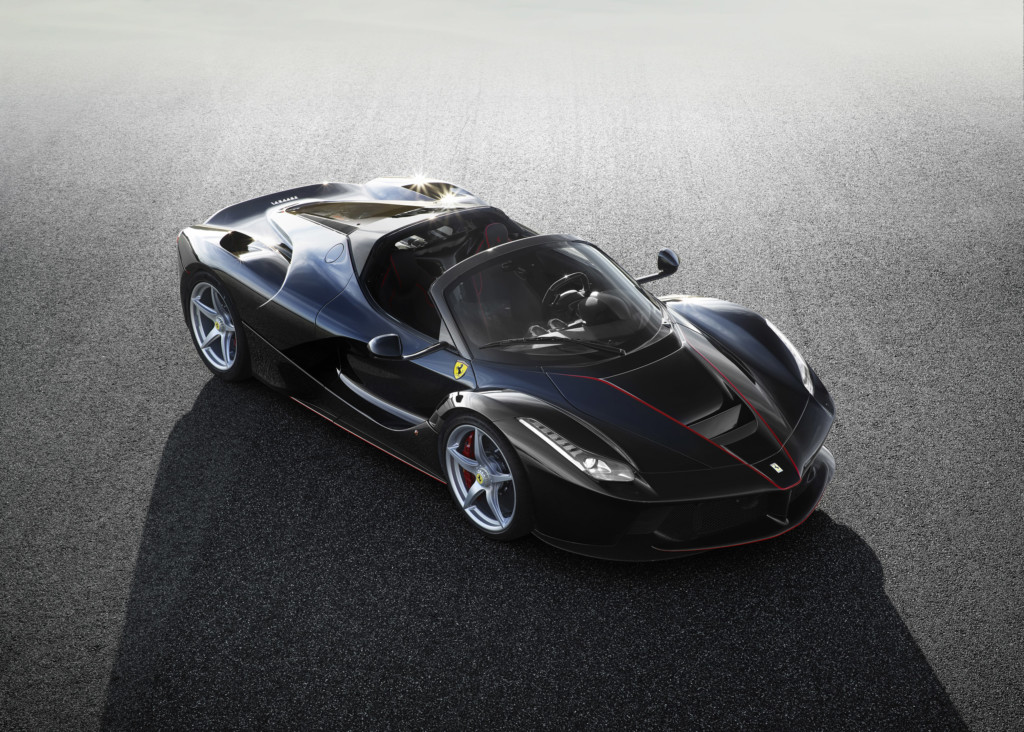 These are the first photographs of the open-top version of the LaFerrari, the new limited-edition special series by the Italian manufacturer. Now, the official name hasn’t been finalised yet, so we don’t know yet whether it’ll be called the ‘Spider’ or the ‘Aperta’, two names that other publications have been juggling with. The name and technical characteristics of the new car will be announced at the Paris International Motor Show in October this year, as will the number of examples Ferrari will build. However, all available examples have already been sold after a special preview to clients and the order book is closed. 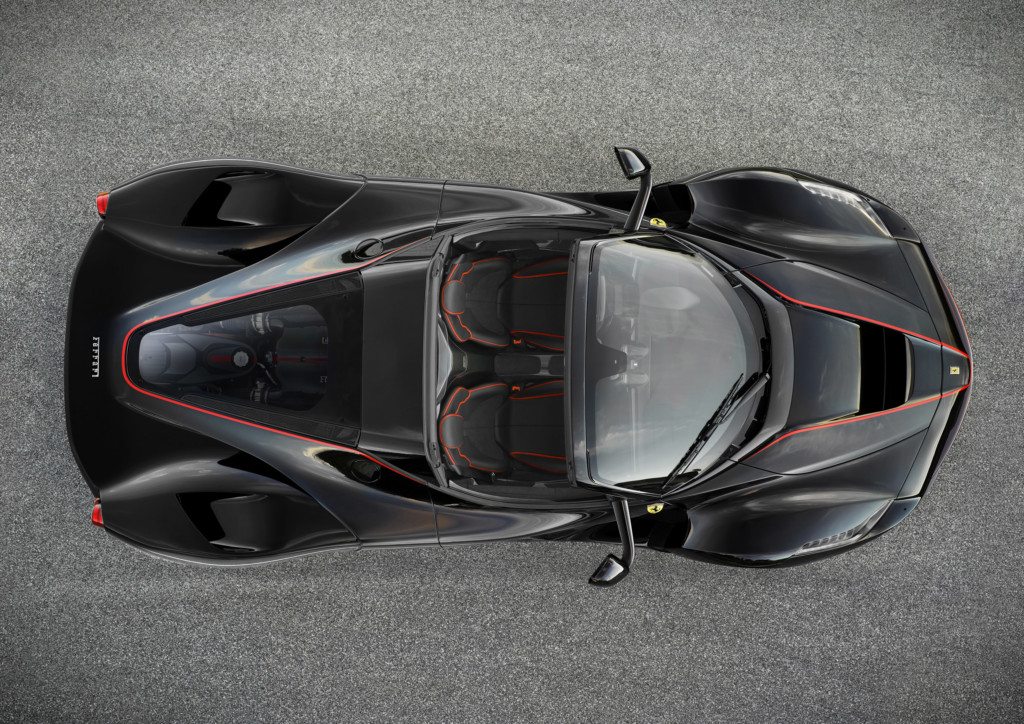 The new limited-edition special series will be available with a removable carbon-fibre hard top and a removable soft top. It has the same running gear and performance figures as the original LaFerrari, which means it’ll have over 960 bhp from its electrically assisted, 6.3-litre, naturally aspirated V12 engine, which’ll allow it to sprint to 100 km/h from a standstill in less than 3 seconds, while top speed will be an electronically-limited 218mph.  Significant and extensive modifications have been made to the chassis with the aim of retaining the same torsional rigidity and beam stiffness as the coupé version. The car’s aerodynamics have also been further honed to guarantee the same drag coefficient when driving in the open configuration.