Home News Skoda Rapid is the Fabia sedan for India 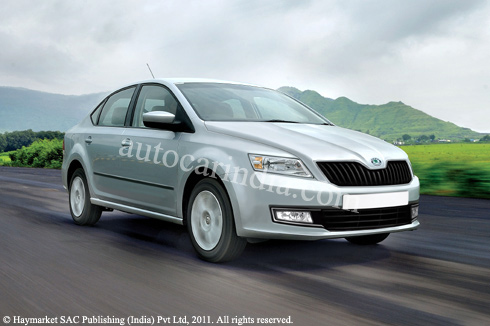 Country’s most authoritative and most popular auto publication, Autocar India has made a sizzling revelation. According to the online version of the print publication, Skoda is almost ready with its sedan version of the Skoda Fabia. The new sedan would be to Skoda what the Vento is to VW – a reasonably priced sedan, suited to the Indian conditions.

The talks of a Fabia based sedan have been doing the rounds for quite some time now. Such a car was desperately required by Skoda to push up its sales which are primarily governed by the Fabia after the demise of the hot selling Octavia.

The new car will share its parts bin extensively with the VW Vento. A variety of components including engines and suspension will be shared. This means that the Skoda rapi will also have the same 1.6 petrol and 1.6 diesel engines which propel the Vento.

The Rapid will be inspired by the Skoda Vision D Concept shown in the Geneva Motor Show. The sharp looking concept hinted at what the future Skoda cars will look like. Drawing design cues from the concept, the Rapid will most likely have sharper headlamps, a wider grille and more athletic lines around its bodywork. Moreover, the new car won’t be a notchback (a hatch that looks like a sedan) like the Octavia it would be a proper sedan with a boot.

To make sure that the two cars don’t lock horns in the market, there would be some sort of differentiation price wise between the Vento and the Rapid. Common sense suggests that the Skoda version of the hatch based sedan will be positioned slightly below the Vento price wise. There will also be a stripped down version of the car available for price comparable to the most economical cars in the segment such as the SX4.

No launch dates have been quoted. Speculated price is to be between Rs 7 to 8 lakh rupees for the petrol and diesel variants respectively.