In a very sad and equally shocking news, especially for Chevy Corvette lovers. In a tragic accident at the National Corvette Museum in Bowling Green Kentucky, eight unique and priceless Corvettes have suffered damages when a large sinkhole opened under the museum and a portion of the Skydome floor collapsed, taking eight Corvettes with it. 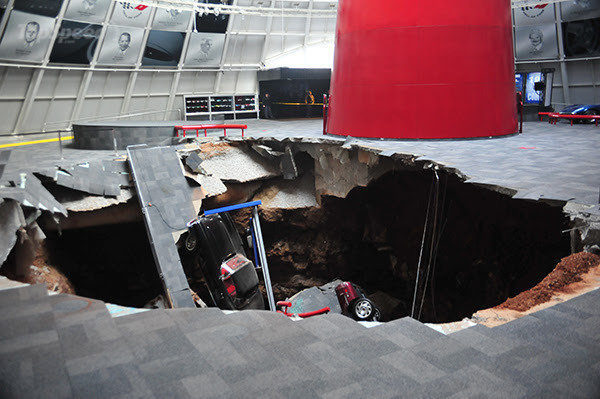 Two cars from the total eight were on-loan form General Motors- a 1993 ZR-1 Spyder and the 2009 ZR1 “Blue Devil” . The other six cars were owned by the National Corvette Museum. These include: 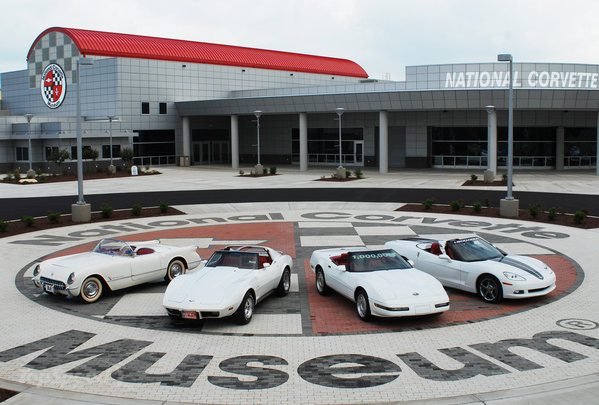 None of the cars damaged were on loan from individuals, and many of the museums most valuable pieces were not affected. The National Corvette Museum released a statement saying that all remaining vehicles in the Skydome had been removed to prevent further damage.

Among the cars spared from the destruction was the Museum’s irreplaceable 1983 Corvette, the only model ever produced for that year.