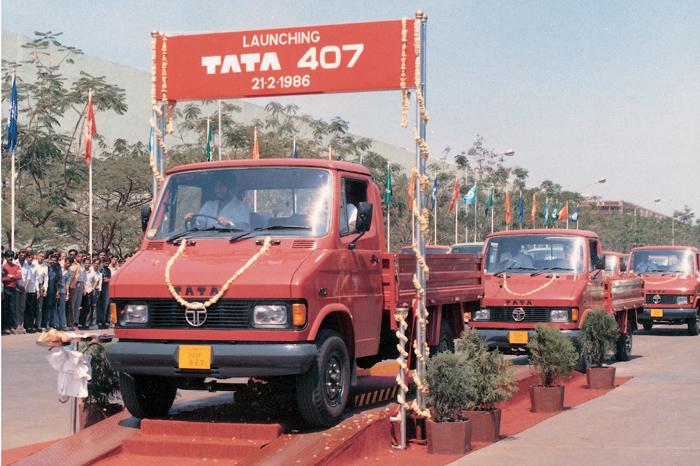 As with many Tata commercial vehicles, the numeral ‘4’ in 407 comes from its maximum tonnage capacity, i.e., four tonnes. The 07 represents the 70bhp diesel engine that powers the truck.

The 407 is on sale in both Diesel and CNG variants, with engines that meet the BS III and BS IV emission norms. It is available in various body formats, with a payload rating range between 2.2 and 4.2 tonnes.

In the early 2000, Tata Motors introduced a bus with 12- to 24-seat configurations and mechanically based on the 407 platform, named the CitiRide. The CitRide series was later re-christened as the StarBus, and sold in great numbers. The entire StarBus line-up is now  merged with the Tata Marcopolo range. These buses are fully built. The busses are the outcome of the company’s joint venture with Marcopolo of Brazil in 2006.

Since its launch in 1986 , as many as five lakh units of  the light truck have found buyers for themselves. The manufacturer has planned to refresh its 407 next year and will also be developing an all-new platform (Codename: Y1) for a new family of LCVs. This new range will be on display at the upcoming Indian Auto Expo 2012.