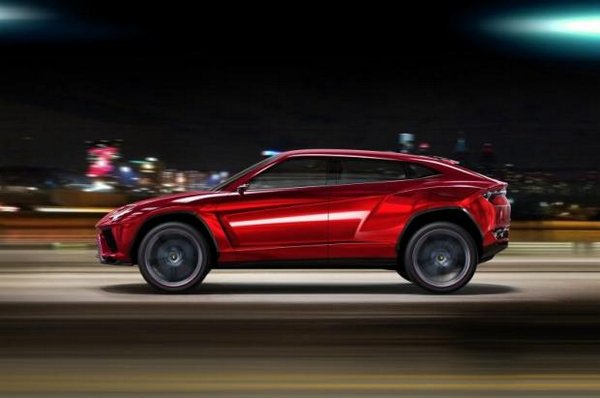 Only a few hours ago, we reported that there are good chances of the upcoming SUV from Lamborghini being christened as the Urus and not Deimos, as earlier expected. We, then, also came up with the news that the new Lambo will be showcased at the 2012 Beijing Motor Show and we posted the invite for it. The latest development is that an image of this SUV has started doing rounds on the web and our sources say that this is an official pic of the upcoming SUV.

The latest that has surfaced is that after seeing a lot of spy pics and renderings, we finally have a few official renderings of the car. Going by what we can make out from the pics, this Lambo doesn’t looks unlike the BMW X6 and the new SUV is rumored to be five metre long and have the power of 600 horses. The car is being said to become the fastest 4×4 ever. We wonder if this SUV is based on the parent VW’s PL71 platform.

Going by the images, the car looks like a Lambo supercar on steroids and that can’t be a bad thing. Can it be? As expected, the car comes with LED lamps and ORVMs with a video camera integrated in them. The highlight at the rear has to be four trapezoidal exhaust tips neatly integrated in the bumper diffuser. The SUV rides on very tasty looking 24-inch rims that quite mimic those seen on the almighty Aventador. On the inside, the seats have a familiar look and seem to be inspired by those in the Sesto Elemento (does not Italian names sound so sensuous?).The centre console runs all the way back to the rear passenger seats and one should find a liberal dosage of exotic CF inside.