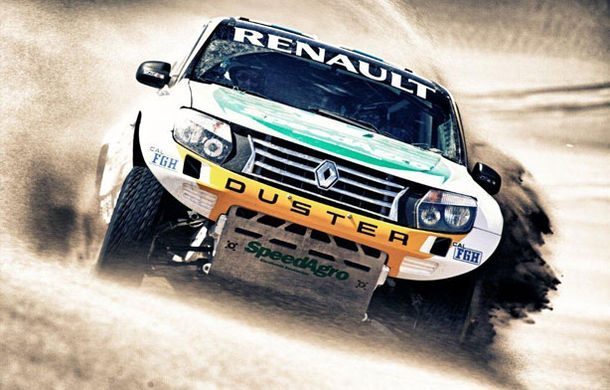 The very famous Dakar Rally is not just the most successful rally in the world but is also arguably the most challenging of all rallies. Now, the Renault Duster has been really done a lot of good to the French automaker and the compact crossover has to be among the highest selling cars in its segment.

It has now emerged that Renault is preparing to launch two Renault Duster vehicles in the gruelling Dakar Rally and the here we have some details on the Dakar spec Renault Duster.

The Powering the Dakar spec Renault Duster is 3.6 Litres V6 motor that pumps out a very healthy  power figure of 306Bhp. The engine is mated to a 6 speed sequential gearbox and sends power to all four wheels.

The ‘Made for Dakar’ Renault Duster comes fitted with Limited slip differentials and a tailor made suspension for the challenging rally. Behind the wheel of the two Dusters at the Dakar Rally will be Emiliano Spataro and Jose Mauricio.