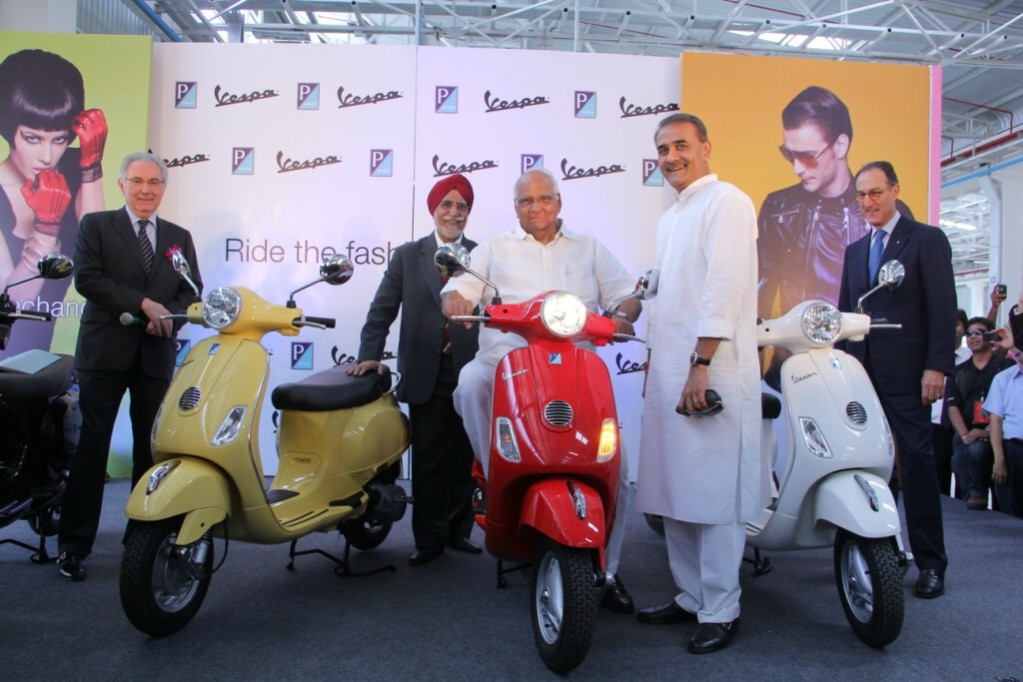 Piaggio has invested over Rs 10 billion in the new plant have already been invested in the new plant by the Indian subsidiary of Piaggio. The initial production capacity of the plant is 150,000 units per year. The company expects strong demand for its products and has initiated steps to double the capacity by mid-2013. Piaggio had set up a major facility for the production of 3 and 4 wheeled commercial vehicles in 1999 and since then has continually expanded its production capacity from 20 vehicles per day to a current capacity of 1000 vehicles per day. . The integrated vehicle and engine plant has been completed in record time of 12 months from concept to commissioning and start of production.

Having tasted success in the 3 wheeler business, Piaggio India is now poised to repeat history with the Vespa in the two wheeler scooter space.

Speaking at the event, Mr Colaninno said: “It is a historic and proud moment for the Piaggio Group that lays the foundation for us to be a formidable automotive force in India. The investment in Baramati is part of our strategic plan, which sees India as a significant destination in our growth trajectory.”

Mr Ravi Chopra, Chairman and Managing Director, Piaggio Vehicles Private Limited said, “Today is a historical moment for us as Piaggio begins a new chapter of growth in India. The world recognized iconic Vespa will now be produced in Baramati”.  He was happy to state further, that “the operations started with a 100% localisation of components. This was in tune with the Piaggio strategy.”