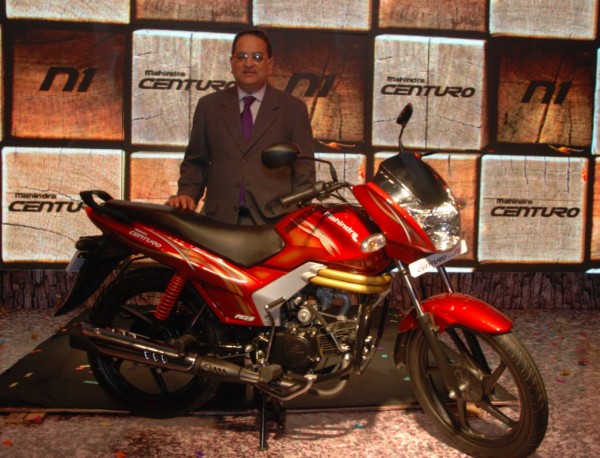 The Centuro N1 is powered by Mahindra’s indigenously developed intelligent MCi-5 (Micro Chip ignited-5 curve) engine that delivers a power output of 8.5 BHP @ 7500 RPM and a claimed fuel economy of 85.4 kmpl. Mahindra Centuro N1 comes with features such as Anti Theft Alarm with Engine Immobiliser. The bike also gets a Remote Flip Key, Find Me Lamps and Guide Lamps. All this comes with a 5 year Warranty, and at an attractive price of Rs. 45,700/- (ESR Delhi).

Speaking at the launch, Mr. Anoop Mathur, President – Two Wheeler Sector & Member of the Group Executive Board, Mahindra & Mahindra Ltd. said, “We are extremely pleased with the overwhelming response received by the Centuro. Centuro has been inspired by our customers and is packed with a host of technology innovations to address their stated and latent needs. Over 1,00,000 customers have bought the Centuro within a few months of its launch. The distinctive Centuro has also received numerous, technology patents and industry awards. The new Centuro N1 launched at an extremely attractive price, will enable new consumer segments to experience the incredible Centuro proposition.” 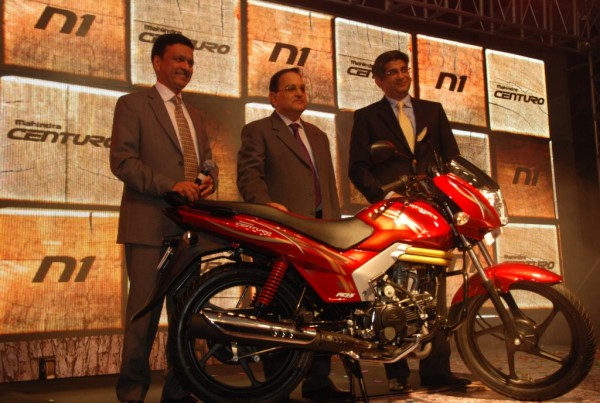 “Over the last 6 months we have witnessed an unprecedented demand for the Centuro which has reflected the growing consumer confidence in our technological innovations and product. We have ramped up production at our state of the art Pithampur plant by introducing additional lines to meet the growing demand for Centuro, thereby reducing the waiting period to 7-10 days. We have also focused on expanding our sales and service network and have been setting up new touch points at the rate of almost 2 per day for the past 2 months. We now have a network reach of 390 dealers and more than 1000 touch points across the country. We will continue to expand this base” he concluded.