Home News Nissan Sunny Diesel will be launched by January, 2012! 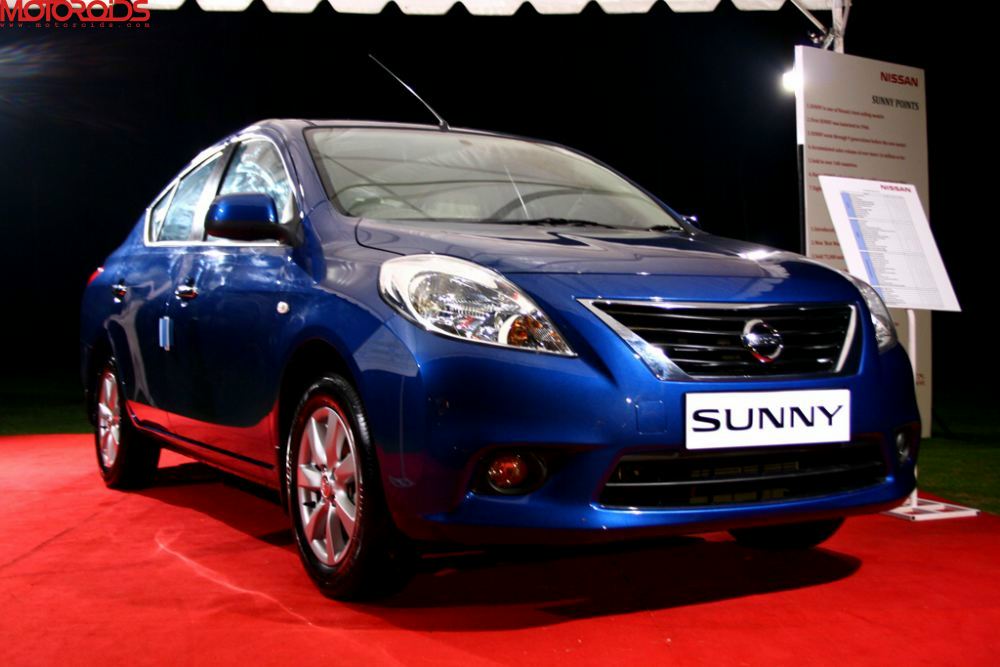 Earlier today, the Nissan Sunny Sedan was launched in Mumbai. It seems that Nissan has learnt its lesson. This is obvious with the very much attractive price range for the Sunny that was announced earlier. The car is priced starting at Rs 5.78 lakh for the base XE variant. We had also attended the Nissan Sunny Sundrive event which was the first drive of the Nissan Sedan where we got to test the car ourselves. The car managed to get itself listed amongst the cars in our good books and now, it has made us even more happier with the apt pricing.

Now all that remains is a diesel variant for the Sunny which will also be launched by January, 2012 (probably during the Auto Expo). Under the hood of the Sunny Diesel will be a 1.5-liter K9K engine which is expected to pump out nearly 85 horses at 4000 rpm and 200 Nm of torque at 1800 rpm. The Mahindra Verito, Renault Fluence and Nissan Micra are some of the other cars using this dCi engine. A Diesel engine mated with attractive pricing seems to be a perfect recipe for disaster to its rivals like the Etios and DZire.

The first question that pops into our minds is, “Why the delay in launching the Diesel variant when the engine is available?” The answer is as simple as the fact that the Diesel variant can eat up a huge market share of other vehicles in the market which means more sales for Nissan. But, the firm thinks it is not ready to handle the huge sales yet for which the firm needs time to strengthen its dealerships in India. Currently, the firm has only 45 dealerships in India which they expect to expand to about 100 dealerships by 2012. We expect the Sunny Diesel to hit the roads with a price tag of Rs 7.2 lakh after comparing the Rs 40,000 difference between the petrol and diesel Micra.