Nissan is in the headlines these days as it tries to increase its foothold in India. Be it the BMW Z4 and Porsche Boxster rivalling 370z or the to be launched Micra, Nissan seems to have going in the right direction. 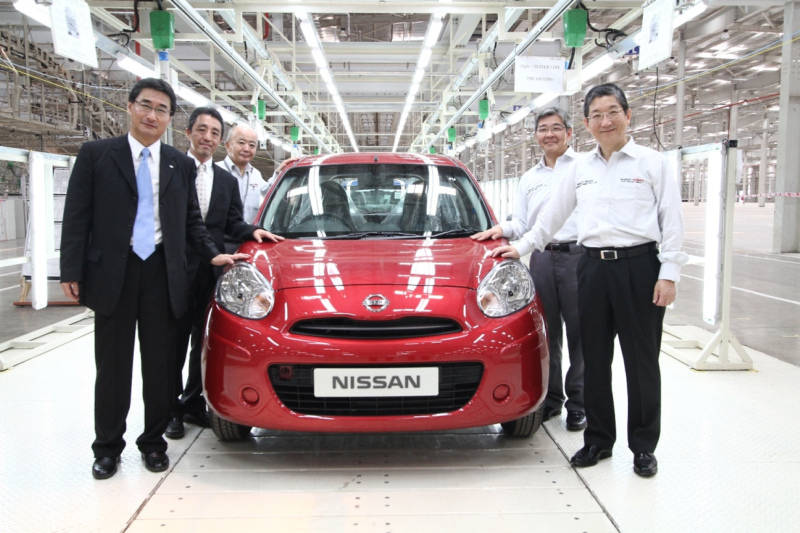 They had a few announcements to be made regarding their to-be launched Micra. The most important was that they have started commercial production of the car here in India.
The car in question will be displayed in showrooms on May 25th and pre-order bookings will start the same day at a nominal amount of Rs.50,000. Micra ( codename – W02A) will be produced in Oragadam, Chennai at the Renault-Nissan plant. The 640 acre big plant is worth of 45 billion Rupees. 1900 workers are on duty now, which will be increased to 3000 in the next two years. The plant can produce 4,00,000 cars at its full capacity, while the initial production will be of 2,00,000 cars only.
The pricing is yet to be done, though expect this Nissan to be priced competetively. The sales will begin in July this year.
Being built on Nissan’s V-platform opens up possibility of other models making it to the Indian market.
Nissan will use their Chennai facility to produce Micra for the international market too. As we reported earlier, they sent a batch of cars for testing in the international market too. The export will begin this September. 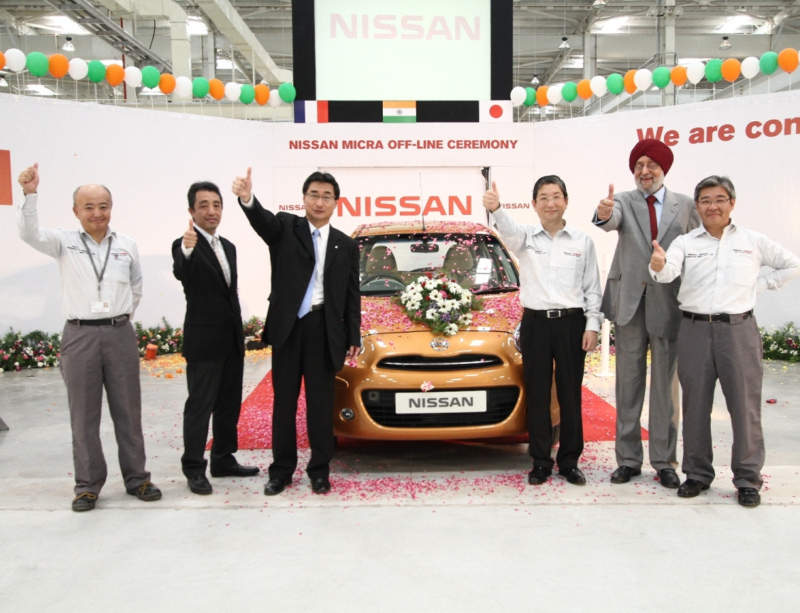 Prices and tech-specs will be available soon. Keep watching the space.