Holden, the Australian arm of General Motors, is giving its rear-wheel driven Commodore sedan a fitting farewell. By plonking the 635 horsepower strong, supercharged V8 from the Corvette ZR1 in it.

The handiwork of Holden’s in-house tuner HSV (Holden Special Vehicles), the poorly named but stupidly fast Commodore HSV GTSR W1 will get from 0-100 kph in 4.2 seconds, and span the quarter-mile in 12.1 seconds, making it Australia’s fastest car.

The GTSR W1 is also the most costly car made in Australia, as it starts from $170,000 RRP. Maybe because it also uses carbon fibre embellishments made by the same supplier to Ferrari, or uses diamond-quilted sports seats inspired by Lamborghini. 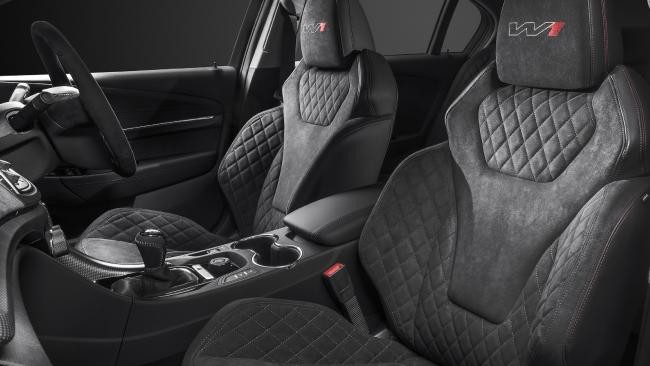 Don’t bother though. Holden and HSV are only building 300 GTSR W1s, starting this April, all for Australia and New Zealand. And all of them are already sold out. If you still want one, you can settle for the non-W1, HSV GTSR with a ‘trifling’ 583hp that starts at under $130,000 RRP (INR 67 lakh).