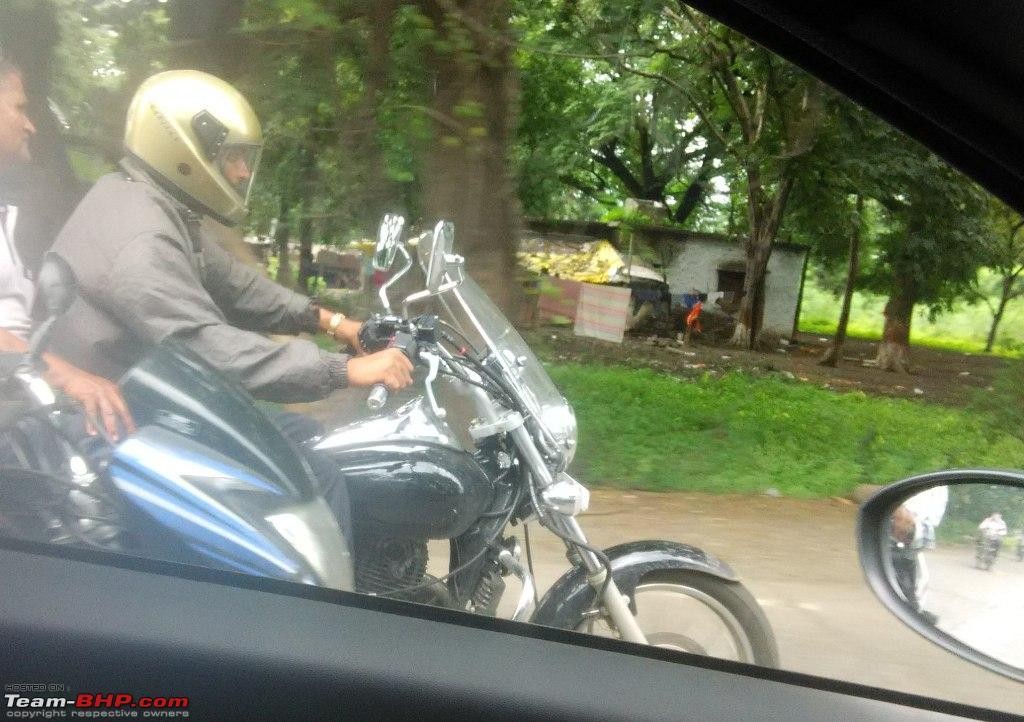 The biggest buzz in the motoring circles right now is about the upcoming Bajaj Avenger cruiser motorcycle. We reported about the Avenger street recently with some spy images, snapped by a Motoroids reader at the company’s Nagpur dealership.

This new set of images, however, makes us doubt weather the new Avenger would be available only with a new engine and a ‘Street’ monicker. The latest spy images capture a classic styled variant of the purported three variants of the refreshed Bajaj Avenger cruiser. This variant – equipped with chrome painted components, windscreen, square-ish mirrors and passenger backrest – is quite identical to the current generation Avenger motorcycle. Moreover, unlike the 200 Street variant, the cruiser seen in these new spy images uses spoke wheels instead of alloys. 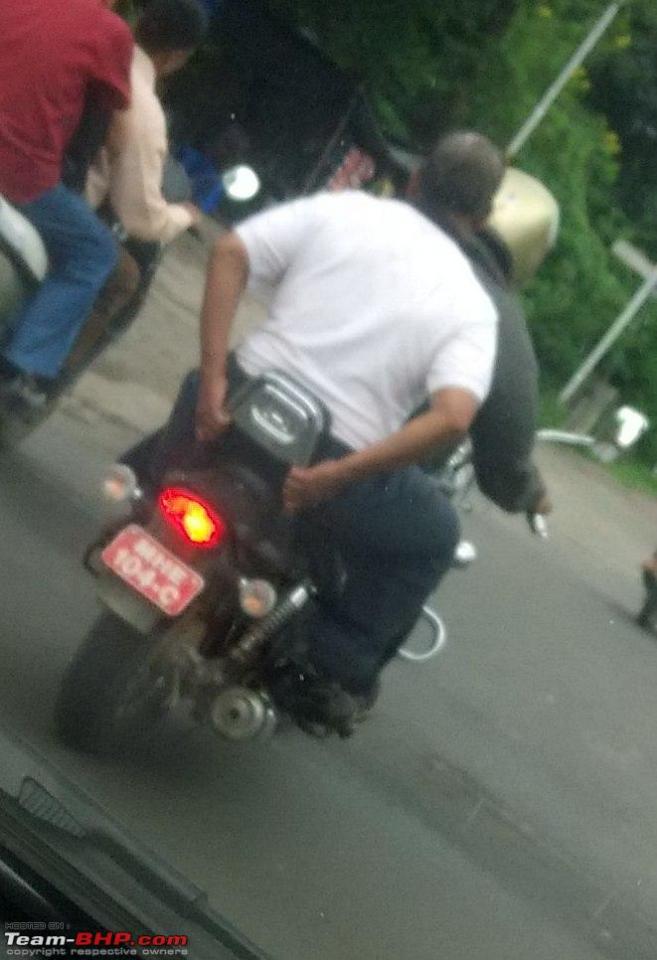 The only difference over the current-gen Avenger that we could see in the motorcycle in these spy images is the updated exhaust pipe that is identical to the Avenger 200 Street variant spotted earlier. While the engine of the motorcycle in these fresh images isn’t entirely visible, going by whatever we can see, this motor is likely to be the same 220cc unit that powers the current generation Avenger.

Does that mean that Bajaj is planning to retain its 220cc mill for this mile muncher? We really cannot comment at this point of time. Even if that’s what Bajaj has in mind, we really hope they tweak the motor to deliver slightly better performance numbers than the current model’s 19.03 PS of power and 17.5Nm of torque.

It won’t be long before we know, though. Stay tuned for more updates.