Ford has showcased the new 2015 Mustang GT and Convertible at this year’s NAIAS event in Detroit. 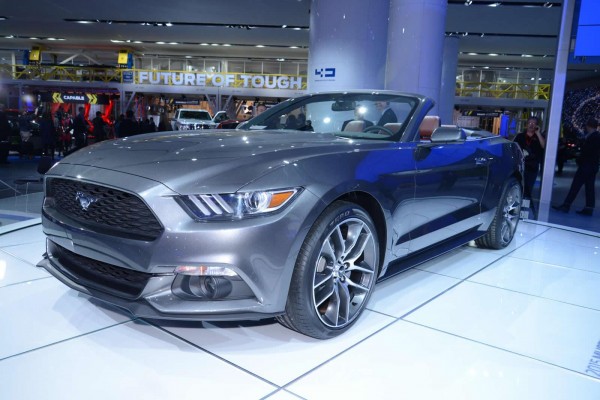 The sixth generation of the Mustang is being showcased at the North American International Auto Show, where visitors can take a closer look at the new 2015 Ford Mustang Convertible which looks virtually the same as the coupe – from which it borrows the three engines – with the exception of the multi-layer cloth top providing extra insulation for a quieter cabin. Ford says the top can now be lowered twice as fast compared to its predecessor. 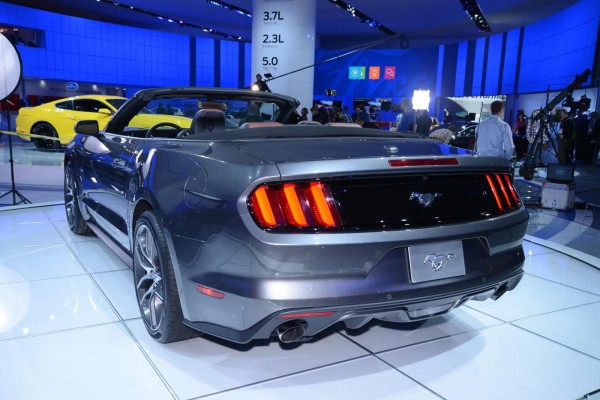 Giving company to the convertible is the Ford Mustang GT, with its V8 5.0-liter engine delivering more than 420 bhp (313 kW) and a maximum torque of 390 lb-ft (528 Nm). The 2015 Ford Mustang GT variant comes equipped as standard with launch control system that according to Ford provides “smooth, consistent starts every time.” 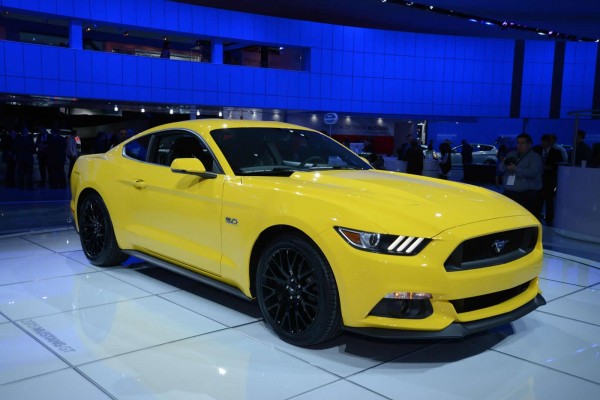 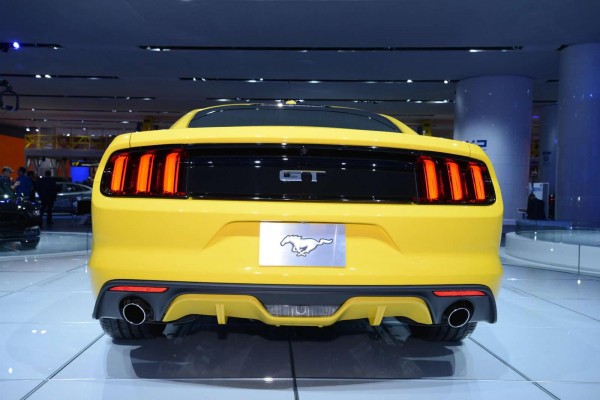 Both the coupe and convertible are equipped with a new integral-link independent rear suspension and a newly developed stability control system. Thanks to these changes, the 2015 Mustang offers improved handling as well as a diminished unsprung mass.

The 2015 Ford Mustang is scheduled to go on sale towards the end of the year.