Home News Midtown Madness: A Ferrari and a Lamborghini caught racing on streets of Bandra 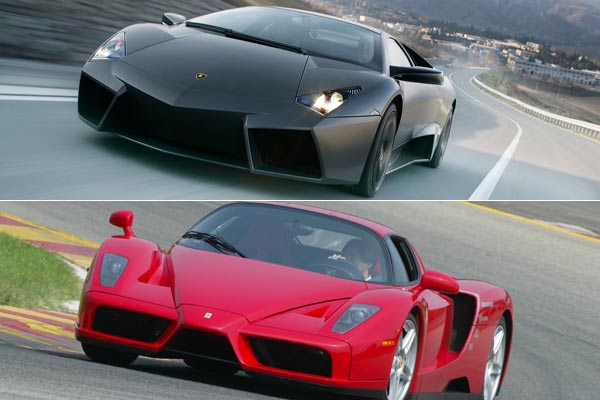 As kids, many  of us must have spent hours playing ‘Midtown Madness’, the video game that came from Microsoft and gave you an opportunity to sample everything from a VW Beetle to a Ford Mustang, and everything in between, on the roads of San Francisco and other popular towns. You used to be given the choice of controlling the amount of vehicles and pedestrians on the road. Just imagine a fast car, no traffic, no jay walkers, no police and no stray animals. Not for nothing did I ended up spending a good part of my school life on playing these games.

Now, residents of Bandra West, Mumbai recently had an opportunity to see some Midtown Madness on the streets in front of their house and the only difference is the ‘disable police’ feature was not available to the drivers. On the day of the ‘Bhaarat Bandh’, a rich driver decided to race another rich driver and landed himself in a fair bit of trouble. No seriously, this is no Honda City vs. Mistubishi Lancer that we are talking about here. The scene involved a Ferrari and a Lamborghini and some police vans! Reportedly, the two ‘street racers’ managed to dodge the police van for quite some time before the khaki clad guys decided to block the two ends of the street and apply brakes to the honeymoon of the guys in the supercars. The Bull and the Horse headed to impound store and the ‘cool dudes’ headed to prison. This incident again shows that this is what happens when you have a fast car but no driving sense (none of it in this case). While almost every other supercar, from a Porsche 911 to a Bugatti Veyron, has arrived in the country, the drivers of these still leave a lot to be desired when it comes to driving etiquettes and skills.

We are thankful that no damage to life or property resulted owing to the foolishness of these two drivers here.