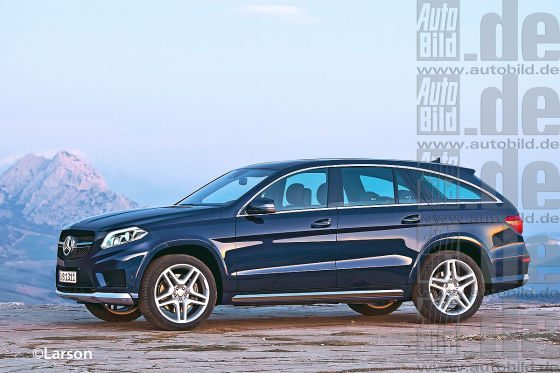 It has emerged that popular German luxury car maker Mercedes could be busy readying a new crossover that would challenge the upcoming Audi Q8 and the BMW X7. This crossover would be christened as the GLC (GL Coupe) and could be launched as soon as in the year 2016.

As can be expected from a “coupe crossover” styled vehicle, the GLC would be a five door model that would have a rakish roofline. It is being said that the roofline and the rear end styling could bear similarities with that of the Mercedes CLS Shooting Brake. The GLC would also sport a new set of bumpers, a pair of revised headlamps, new design motif for the taillamp cluster, a revised grille and some other new tid-bits to make the car look sportier.

The GL Coupe could also get thoroughly revised interiors with new panels, new upholstery and an updated features list.

Engine options haven’t yet been confirmed but our guess is that the new car could get an assortment of engine options that would consists of new age petrol and diesel motors mated to the new ZF sourced nine-speed automatic transmission.