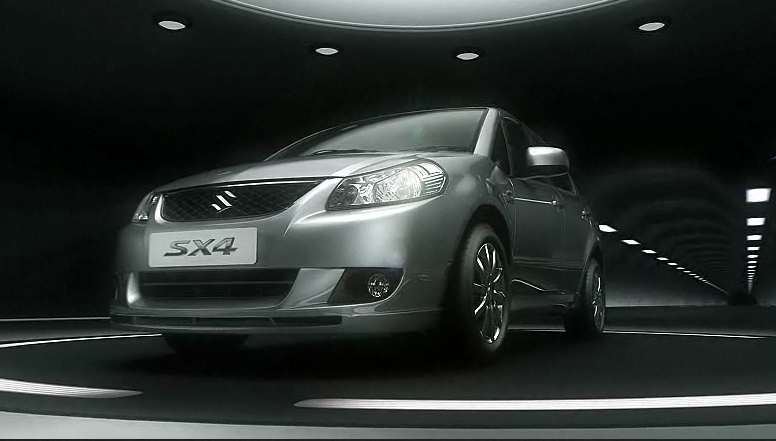 Maruti Suzuki India Limited today launched the SX4 diesel. The car is priced at Rs 7.74 lakh and Rs 8.62 lakh ex-showroom for the VDi and ZDi models respectively. Apart from the VDi and ZDi variants, the SX4 will also be available in a special ZDi variant, with leather upholstery. Maruti Suzuki is claiming that the SX4 diesel is more fuel efficient and cleaner than all comparable cars in its class. The company has optimistically christened the new SX4 as the ‘Super Turbo’

The official power and torque ratings released by MSIL stand at 90PS at 4000 rpm and 200Nm at a lowly 1750 rpm. The company is also highlighting the low rpm toque as a boon for hassle free city driving. The ARAI certified fuel efficiency for the SX4 Diesel is 21.5 kmpl. Maruti is claiming the fuel efficiency figures of the SX4 to be 8% better than the nearest competition.

Another unique feature of the SX4 is that it is the first car in the country to be ‘OBD-2’ compliant. OBD refers to On Board Diagnostics. OBD-2 informs the customer of any malfunction in the emission control system which may be leading to undue increase in exhaust emissions. With the introduction of a diesel engine, the SX4 has become the only popular sedan in the country to offer petrol, diesel and CNG options.

The SX4 diesel will employ lower viscosity engine oil (SAE 5W40) for reduced friction and better efficiency. The remapped ECU has been tweaked to derive the maximum efficiency out of the potent mill.

The suspension and brakes of the SX4 Diesel Super Turbo have been suitably modified to account for the heavier engine and the changed weight distribution of the car. The claimed 0-100 km/h sprint time for the new car is 14.5 seconds.

At the launch, Mr. Shinzo Nakanishi, Managing Director & CEO, Maruti Suzuki said, “SX4 with a Diesel engine is one of the most attractive cars in the upper A3 segment. With the changed urban landscape, suburbs have become an integral part of cities and people travel long distances. The new age diesel technology as offered by the SX4 Super Turbo Diesel is high on power and performance while being low on emissions. SX4 Diesel offers an economical and punchier ride.” Expressing confidence in the SX4 Diesel he added, “We expect the SX4 diesel to repeat the success of our other diesel offerings and strengthen the Maruti Suzuki portfolio”.