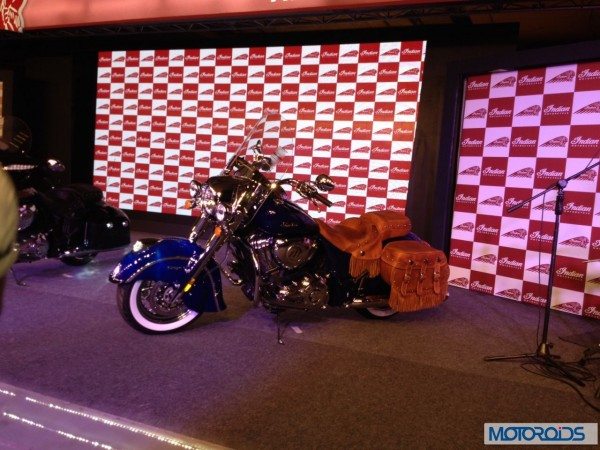 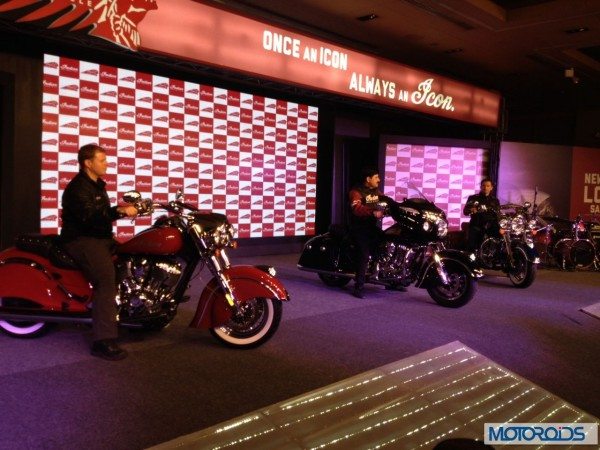 A whole lot of accessories is available for the motorcycle range

Seats are made completely of leather

The motorcycles come with keyless ignition, ala premium cars – first for a motorcycle

The Indian Motorcycles range comes equipped with features such as ABS, Cruise Control and Cast Aluminium Frame – all standard

The Indian range of motorcycles will be powered by the Thunder Stroke single unit engine which has been re-designed, while keeping its heritage from the 1940s engine intact

Deliveries will begin from March

First showroom of Indian Motorcycles in India will be opened in New Delhi, followed by Bangalore

The company has set up a new plant in Iowa, America, and released the latest 2014 Buke in Sturgese

Polaris took over Indian Motorcycles in 2011, and re-created the brand ground up, while keeping the traditional values of the brand in tact.

Launched in India by Polaris, the owner of Indian Motorcycles brand, the company will have 50 touch points across the country 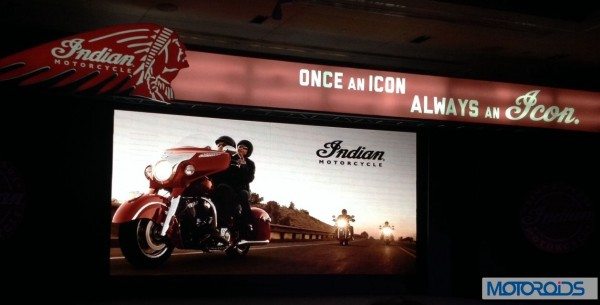 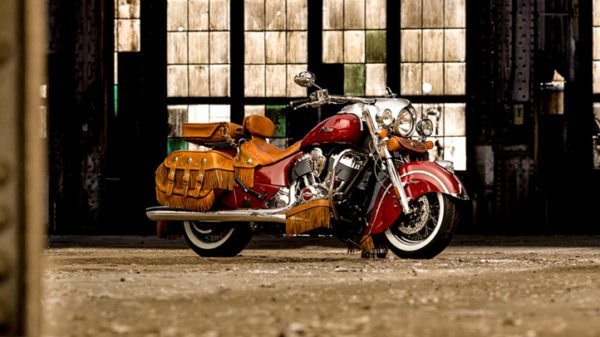 Polaris India Pvt Ltd is launching the iconic Indian Moytorcycles in India today. Indian Motorcycles India will have models like Indian Chief Classic, Indian Chief Vintage and Indian Chieftain in India. As always, we are reporting live from the launch event will keep you posted about the details divulged by the top management at the event, along with live images, prices and other details about the launch event and the motorcycles launched. 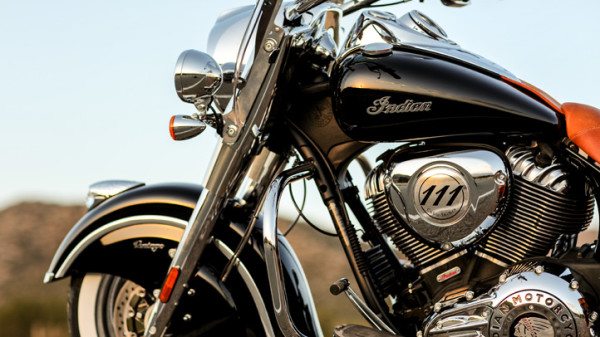 India motorcycles are powered by the Thunder Stroke 111 engine which is a 1811cc V twin engine. Its air cooled with an integrated oil cooler, has a left-side air intake, parallel pushrod tubes and a down firing exhaust system. The torque from the big V twin is rated at 139 Nm @ 2600 rpm.  The engine is mated to a 6 speed constant mesh helical gearbox 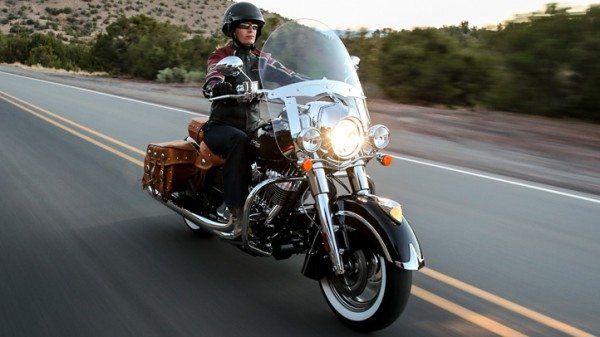 Indian Motorcycles was acquired by Polaris in April 2011, with the company introducing a new range of motorcycles in August 2013.