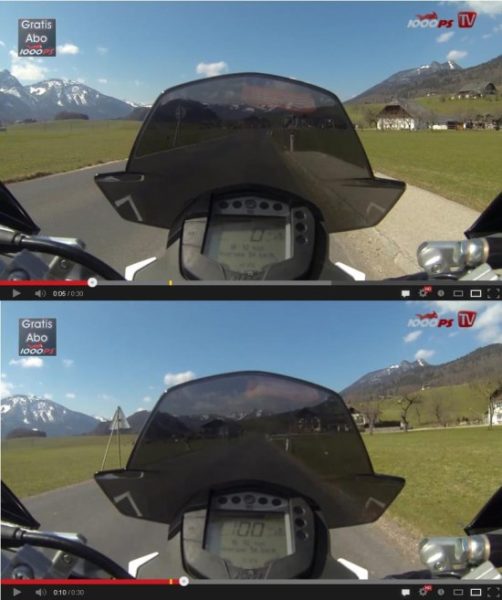 It is by now a widely known fact that the new KTM 390 Duke is very close to being launched in India. We have been reporting in detail about the upcoming KTM 390 Duke and regulars here would remember that we posted when it surfaced that the 390 might have phenomenal fuel economy for its segment. Now, here is a video that gives us a glimpse of the mind blowing acceleration of the soon to be launched bike. It may be noted that this video isn’t an official clip. However, the fact that the bike hustles past 100kmph on speedo in less than 6 seconds gives us a hint of exciting acceleration figures that the bike boasts of! The bike is also seen hitting a speedo indicated 130 kmph in around 10 seconds. A well sorted out handling package, 44 bhp of power, amazing acceleration figures along with good fuel economy look like perfect recipe for success.

The KTM 390 Duke test mules that have been spotted testing on previous occasion were seen wearing Metzeler tyres. Metzeler tyres are a premium brand from Pirelli and are known to be among the best in the business. However, we expect substitutes from MRF to keep a check on the costs of the production spec bike. Talking about the price, the KTM 390 Duke is being expected to have a sticker price of around INR 2.2 lakhs.