In Bangladesh, where taxes levied upon imported automobiles soar to as much as 400%, owning an Audi R8 is kind of a big deal.

You’d have to be rich like Jeff Bezos to afford a super-car there, and then have a heart of steel to see it burn to the ground. 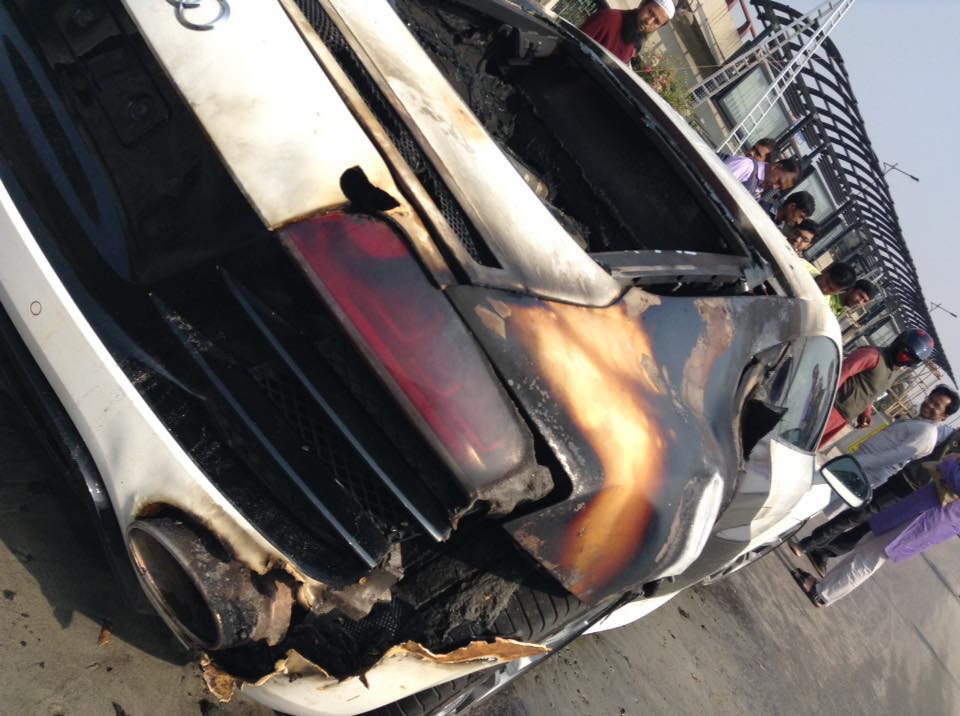 And that’s exactly what happened. Bangladesh’s one and only Audi R8, a V10 variant, caught fire due to reasons unknown, and the photos are heartbreaking.

Not much of the super-car was left after the fire was doused, and the scene must have left the owner teary-eyed with grief. 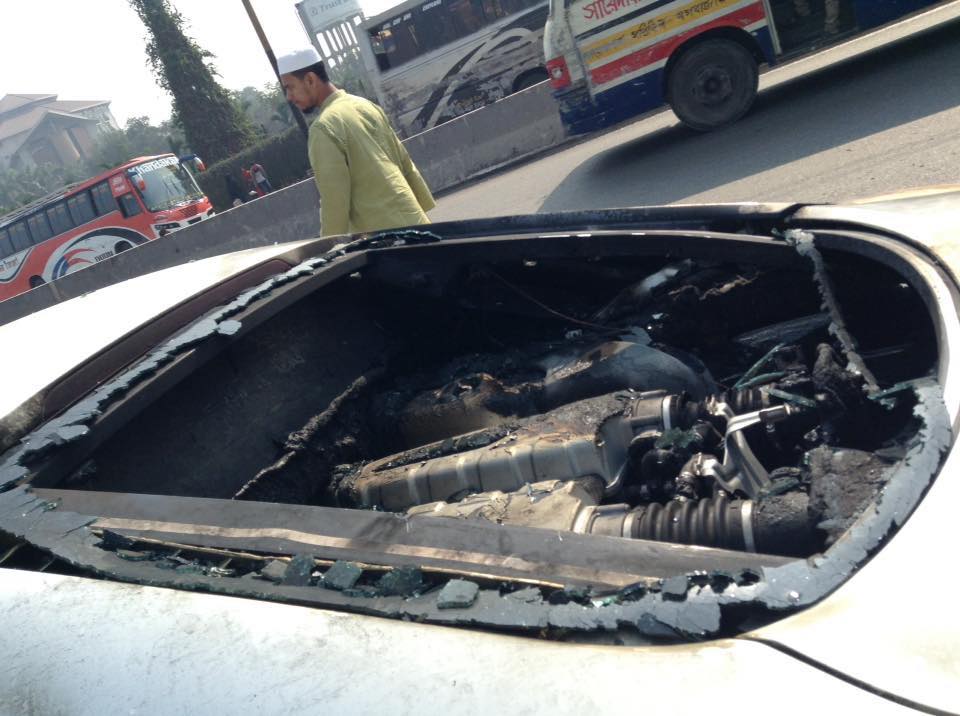 The fire could have been caused by a short circuit, or simply by overheating, given the rev-happy nature of the V10 engine combined with the hot climes in BD.

VIDEO: Watch this Audi R8 driver crash and flip but still manage to win the race

The last generation R8, one of iconic super-cars of our times, was powered by a choice of V8 and V10 engines. 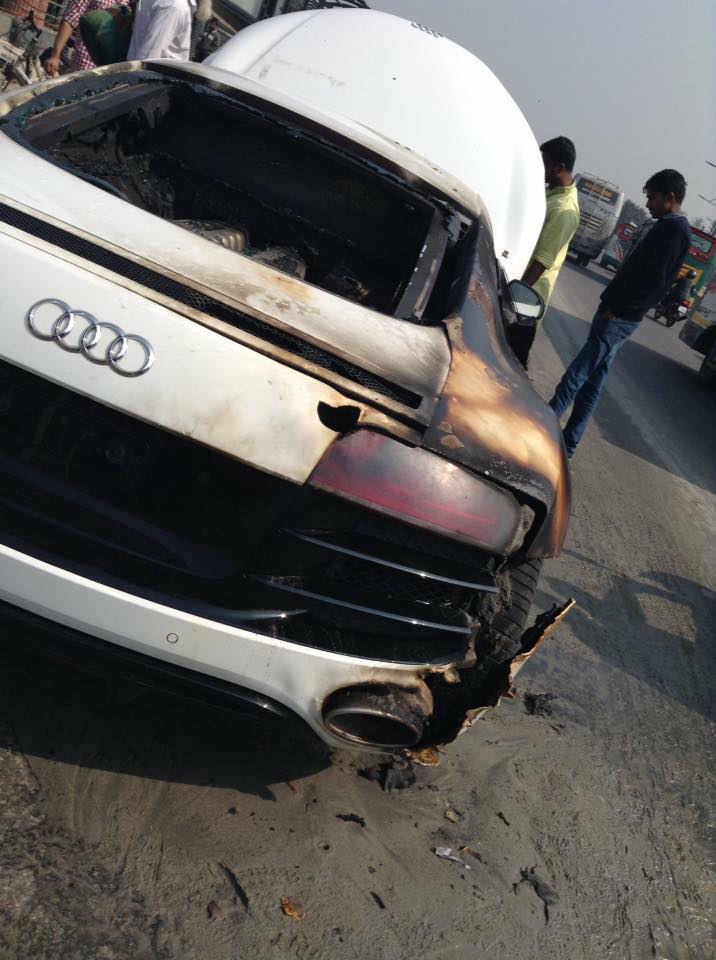 The latter, displacing 5.2 liters and breathing atmospherically, produced 550 hp (in V10 Plus guise), and scanted to 100 kph from a standstill in 3.5 seconds.