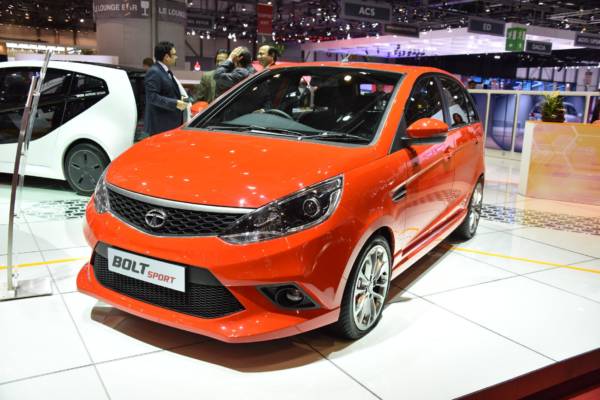 Powering the Bolt Sport is the same 1.2-liter Revotron petrol engine. For the Bolt Sport, the engine has been tuned to belt out 120 bhp and 170 Nm of torque. The engine is coupled to a five speed manual transmission which powers the wheels. The engine on the Bolt Sport has been bestowed with a remapped ECU and a high-flow exhaust system to achieve the boost in power. with the increased power, Tata has also tweaked the gear ratios to extract maximum juice from the motor. Tata has equipped the Bolt Sport with disc-brakes all round, along with a sportier suspension which gives the car a lower stance. 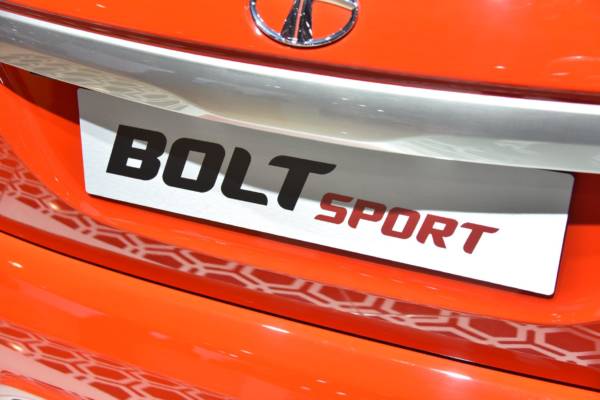 Speaking of the cosmetic changes, the Tata Bolt Sport features a less rounded bumper with a prominent lower lip and airdams at the front. The front has been given a sportier look with darkened projector headlamps and the car rides on 17-inch split six spoke alloy wheels. On the sides, the car features dedicated air vents on the front fender and a side skirt, while at the rear it receives a new bumper with diffuser styling and a brushed aluminium strip above the number plate. 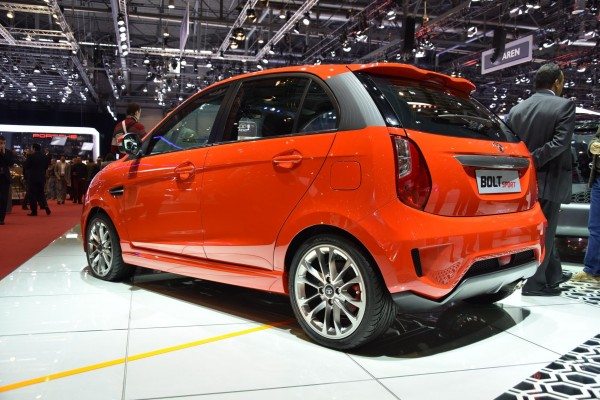 On the interior, front, the Bolt Sport has been equipped with black leather interiors with red contrast stitching and red inserts. The steering and gear-shift knob have been leather-wrapped steering and it also gets sport ABC pedals. The most exciting feature is the addition of a sunroof. The infotainment system is the same Harman unit with voice recognition and SMS readout option. Also on offer is the three-drive mode Multidrive system, as seen in all Bolts. Along with disc brakes on all wheels, the car gets dual front airbags, ABS and Corner Stability Control.