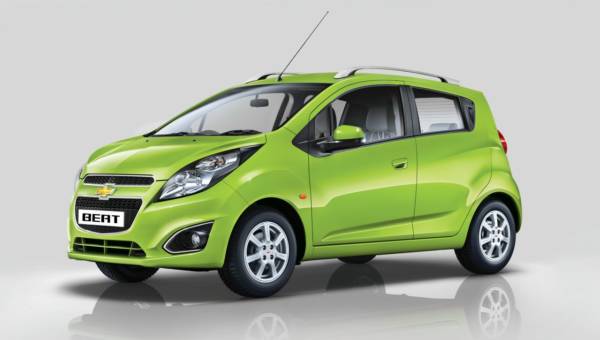 General Motors India has announced that the company will start exporting vehicles from its Talegaon plant near Pune in the second half of 2014. The sales of the exported vehicles will commence from the first quarter of 2015, with Chile being the first country of export. GM India’s first export model will be the left-hand-drive version of the Chevrolet Beat. The small city car is already built and sold in many markets around the world.

The beat, lauded as India’s most fuel efficient hatchback in the diesel variant is also manufactured with a petrol unit. The Beat is also GM India’s best-selling model. In India, the vehicle is available with a 1.2 liter petrol and a 1.0 liter diesel engine. For the export market the car may feature different engines, though no details have been revealed about the engine specs by GM.

“The start of Beat exports underlines GM’s commitment to India and demonstrates the quality of the country’s growing supplier base,” said GM India President and Managing Director Arvind Saxena. “The exports will create more employment opportunities within GM India and the supplier community while helping improve capacity utilization at the Talegaon Plant.”