The most powerful production car ever to be made by General Motors, the 2015 Corvette Z06, has gone into production. According to a report from StingrayForums.com, the first customer Corvette Z06 rolled off the production line. With a VIN 001, the first car to be made is a black Z06 that was bought by American NASCAR team owner Rick Hendrick. As with all other Corvettes, assembly is been done in Bowling Green, Kentucky. 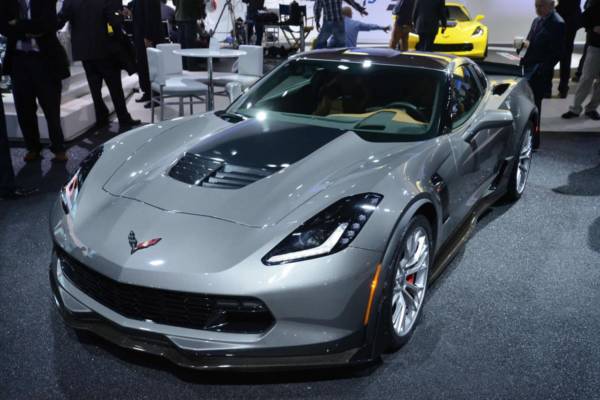 Chevrolet unveiled the 2015 Corvette Z06 in January at the North American International Auto Show. Powering the 2015 Corvette Z06 is an all-new V8 6.2-liter LT4 supercharged engine which comes with a 1.7-liter Eaton supercharger and an intercooler. The engine churns out an impressive 650 bhp (485 kW) of max power at 6,400 rpm and 650 lb-ft (880 Nm) of torque at 3,600 rpm. All those 650 horses are channeled to the wheels via a standard 6-speed manual gearbox or a newly developed 8-speed paddle-shift automatic transmission.

According to GM, the car will be “the most track-capable Corvette ever, designed to deliver supercar levels of performance through unique powertrain, chassis and aerodynamic features.”

The Z06 is likely to reach showrooms early next year. Stay tuned for more details.