Fiat Chrysler Automobiles (FCA) owned marquee Dodge has put an end to the production of the Iconic Viper. The last unit of the Viper, photos of which surfaced on the web, will head straight to company’s heritage collection. The end of the line for the Viper also marks the shutting down of the product’s assembly plant situated in Detroit. 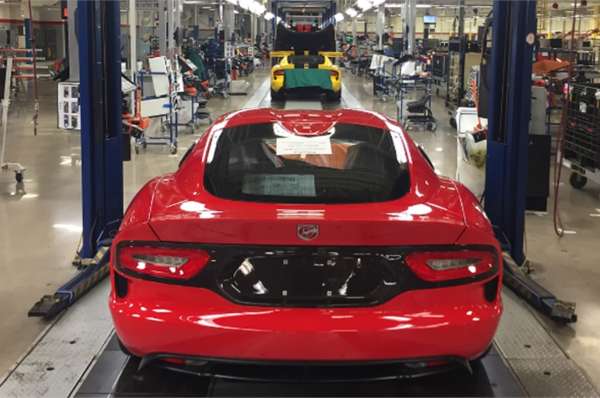 Ralph Gilles, Design Chief at FCA, shared an image of the last two Vipers to roll off the production line. While the last unit, painted in red, as we mentioned earlier, would make its way to the company’s heritage collection, the other unit, which would technically become the last customer Dodge Viper ACR to roll out, finished in a shade of yellow.

Originally launched in 1992, the production of the Dodge Viper ran for 25 years in five generations. The fifth and the final generation to be produced was powered by an 8.4-litre V10 engine that is capable of producing 640 bhp at 6200 rpm and 813 Nm of torque at 5000 rpm. This engine was paired to a six speed manual gearbox, sending power to the rear wheels. The Viper could attain speed of 0-100 kmph in 3.5 seconds while the top speed stood at 335 kmph.