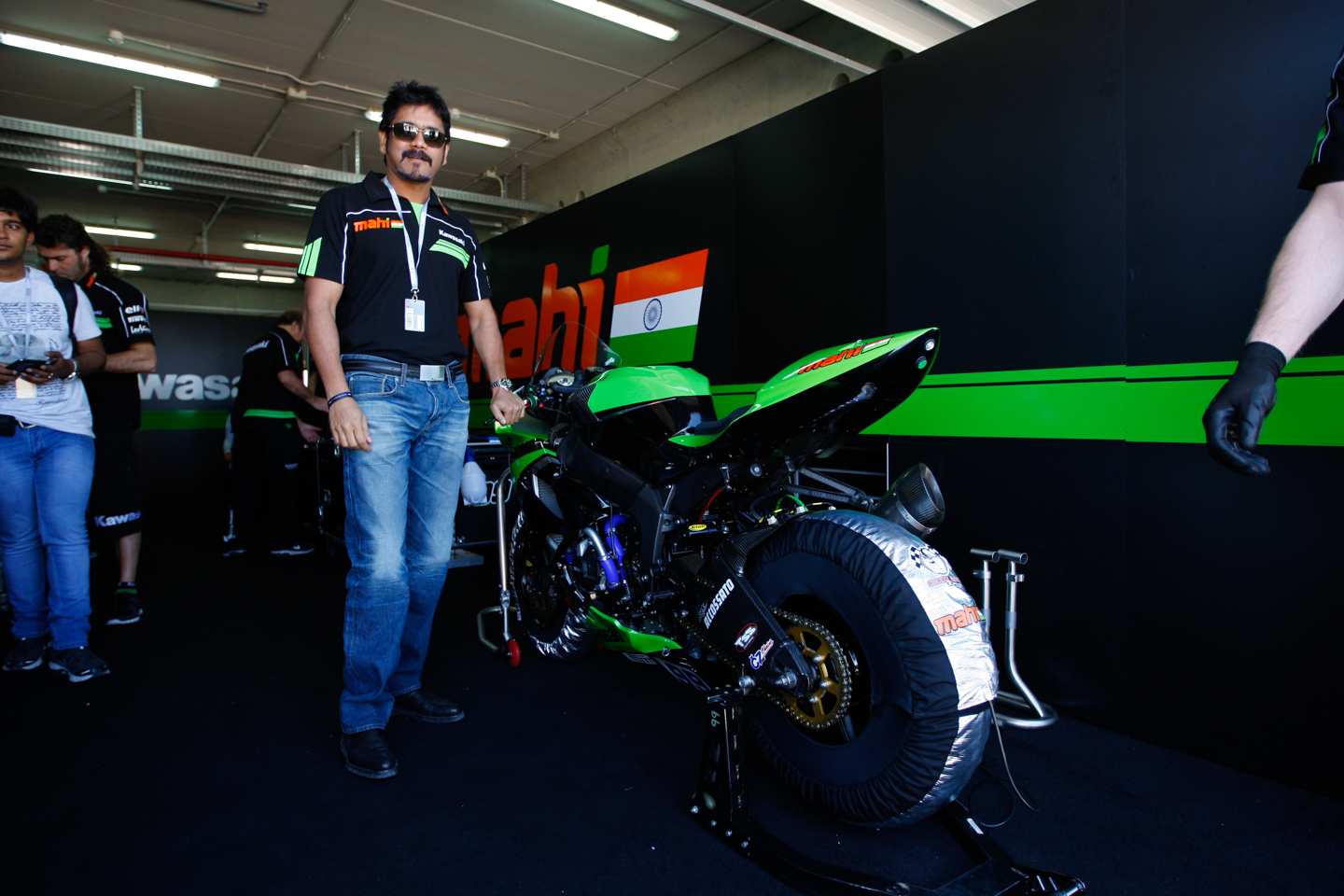 After a fantastic qualifying round  of the World Super Sport Championship, Mahi Racing Team India rider Fabien Foret won the race  in Motorland Aragon, Spain on Sunday recording the fastest lap of 2’02.743 in the 18 laps race. It was Fabien’s16th race win of his career and  the 2002 WSS Champion now  becomes the new leader in the  current World Championship.

“We are absolutely thrilled with our team’s victory today. During  the qualification round we knew that our riders were all set to recreate the Philip Island magic in Spain and they did not disappoint us” team owners Actor Nagarjuna and Nandish Domlur who are in $pain to cheer the team said.

“It was a fantastic race and we are super excited  and hope our fans in India will share our excitement, Nagarjuna added. 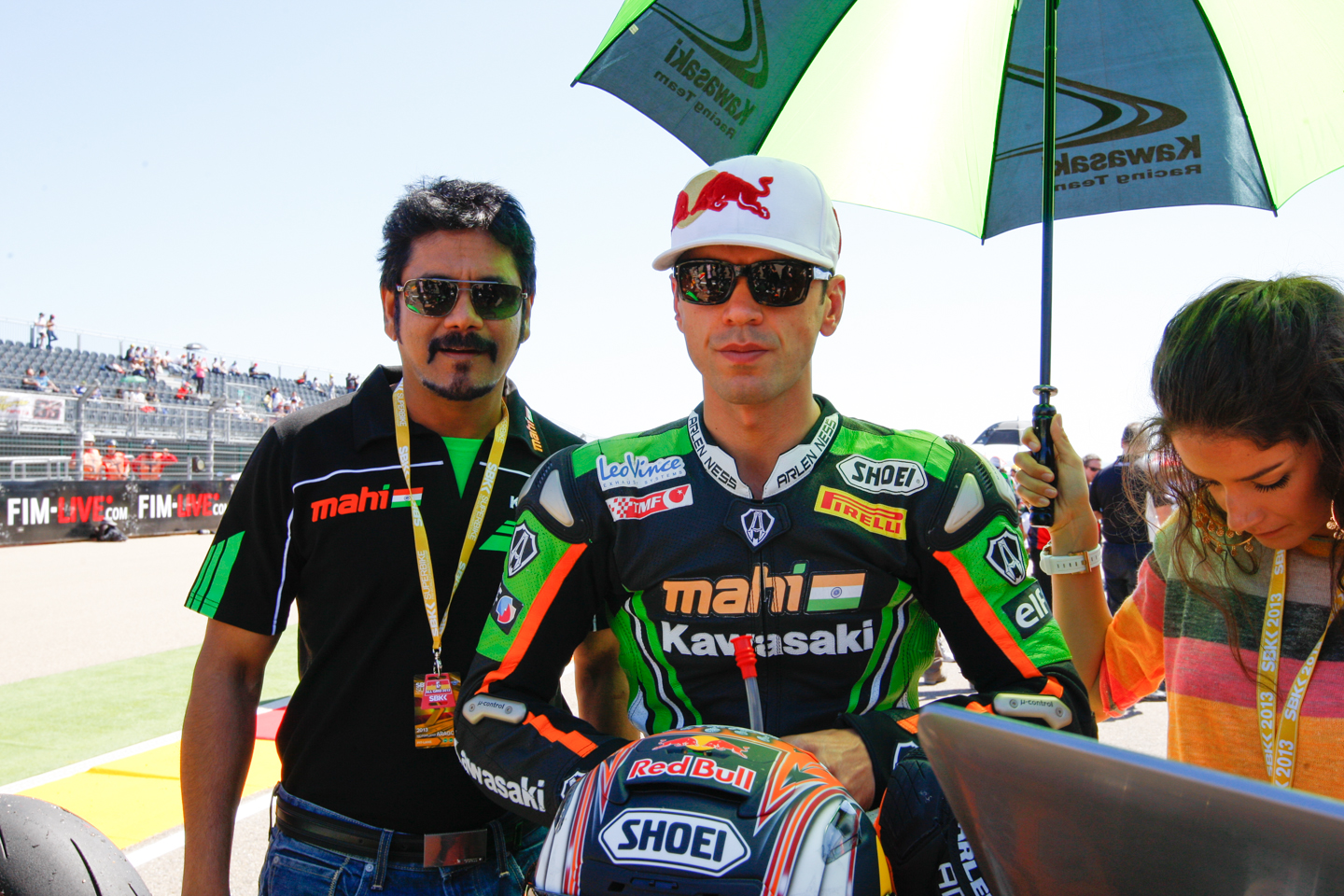 “It is a great win for our team” Fabien Foret said after the race. We look forward to maintaining  our consistent performance throughout the season.

The 2013 race season is expected to have 15 rounds. The Indian Team rider line-up include triple world champion Kenan Sofouglu and former world champion Fabien Foret. Supported by Kawasaki as its factory team, with technical direction in the hands of Andrew Stone, the Mahi Racing Team will be moving on the next race at Assen in Netherlands on 28th April 2013, with supreme confidence.

The Indian round will be held at the Buddh International Circuit in November this year. 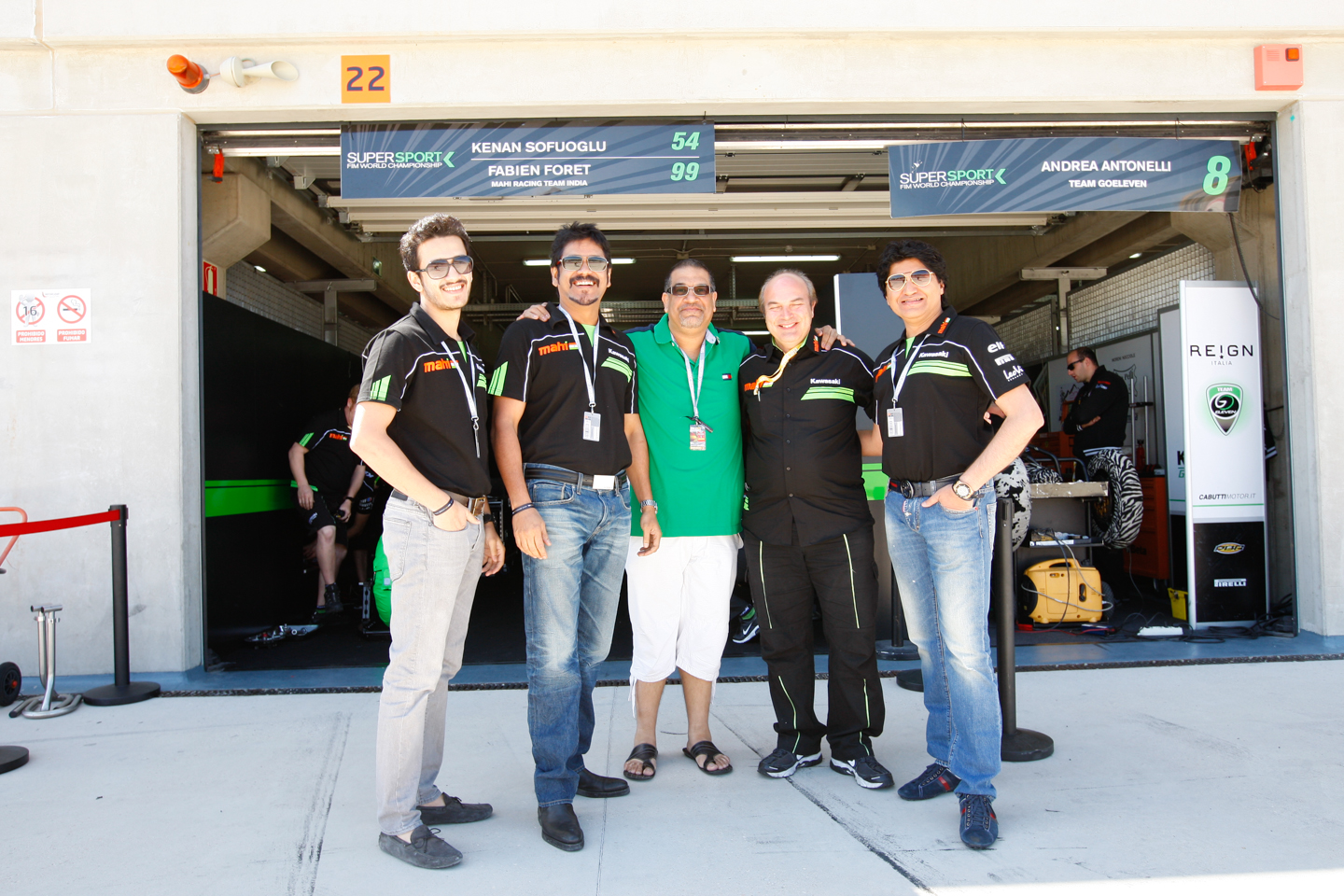