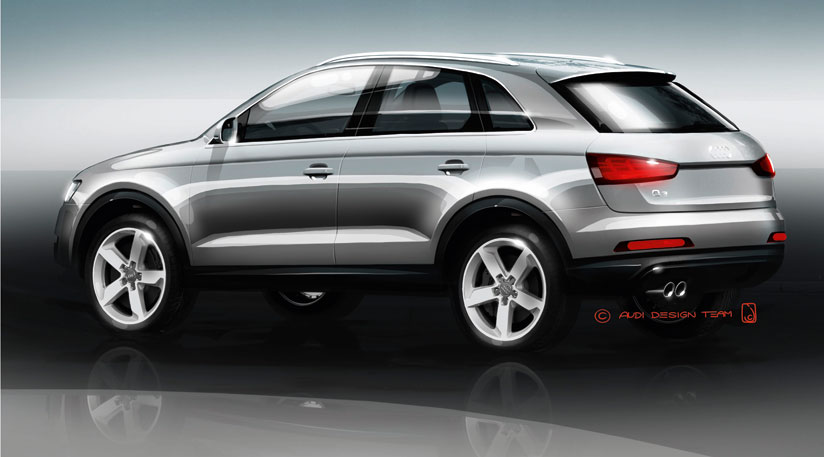 Audi has released the first official pictures and some details of the mini crossover, the Q3, which will take on the formidable X1, a car which has robbed the luxury carmakers worldwide of their sleep. The car will be officially unveiled at the Shanghai Motor Show, but here we have some juice on the car before its unveiling on 20th April 2011.

The Audi Q3 is no radical departure from the style language adopted by Audi for its Q5 and Q7 SUVs. Seemingly influenced by the 2007 Cross Coupe Concept, the Q3 is every bit an Audi SUV, and can be identified as an Ingolstadt product from a distance.

The new car will most likely share some components with the VW Tiguan (a car we’re eagerly awaiting here in India). The engines propelling the new car would be 2.0-litre four-cylinder mills, TFSI for petrol versions and TDI for diesels.
Although the Q3 is expected with Quattro, with even the X1 available with 2WD, we can expect a FWD version of this car as well. This car is coming to India for sure. Expect a launch in the next 6 months. Price should hover around the X1’s tag.