We reported when the news of the 3 Series GT India launch first floated on the cyberspace. Last month, a test mule of the same was caught on lenses in Pune. Now, BMW Group India President Mr. Philipp von Sahr has stated that the new 3 Series GT will be launched in India in 2014, and will be produced locally at their Chennai facility. 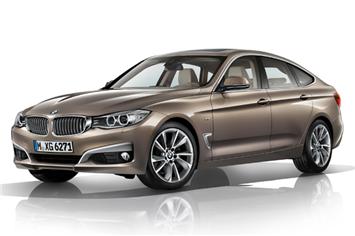 “We are putting a new assembly line at our Chennai factory exclusively for our sedans that command a premium status in the Indian market. The all new 3 Series GT would roll out from this new line by next year for which additional capacity is being created by this year end,” Philipp von Sahr, President, BMW Group India, said.

This 3′ er GT from the Bavarian car maker is clearly bigger than the normal 3 Series sedan. It is longer by  200 mm, wider by 19 mm and  taller by 79 mm. The wheelbase is longer by a whole 110 mm, which translates into more rear legroom. The rear legroom on offer can be compared with that of sibling 5-series saloon. Thanks to the increase in height of the car, the passengers also enjoy more headroom. If you are chauffeur driven, this car will be a boon as even the rear seats can be reclined. Also, the boot opens like a notch-back and is bigger than that of the boot of 3 Series sedan. The tailgate is electrically operated and the rear seats can be split 40:20:40 and folded down, to increase the already sufficient boot space to a enormous 1600 litres.