We drove the Audi A3 on the deserted roads of Rajasthan this week. Audi had showcased the A3 sedan at the Auto Expo 2014 in February. According to our sources, the Audi A3 India launch is scheduled to happen on August 7th or 8th. Although there is no direct competitor to the Audi A3 currently in the Indian market, Mercedes-Benz will be launching their CLA this year which will lock horns with the A3 sedan. The Audi A3 will be priced slightly above the Mercedes-Benz A-class and BMW 1-series hatchbacks. 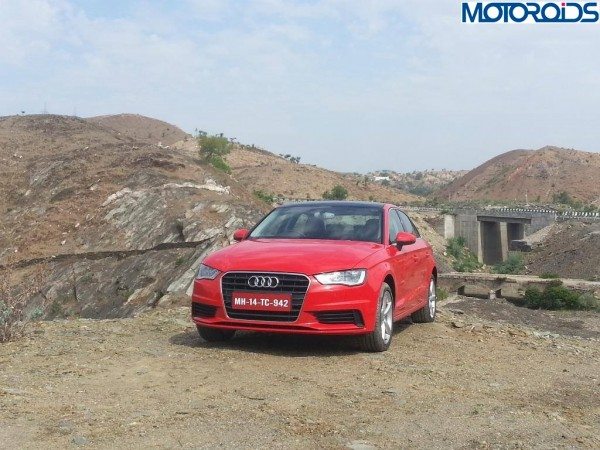 Powering the India spec Audi A3 will be petrol and diesel motors mated to automatic transmissions. The petrol mill is the 1.8-litre TFSI direct-injection turbo petrol which churns out 177 bhp of max power. The 2.0-litre turbo diesel engined variant will garner the most sales for the Ingolstadt based car maker. This 2.0 litre block cranks out 141 bhp.

With the A3, Audi has also introduced a new nomenclature for the India-spec cars. Under this new nomenclature, Audi will be badging the cars according to the power they make and not according to the motor under their hood. So, instead of 2.0TDI, the car will sport the 35TDI badge, whereas the more potent 1.8 litre TFSI petrol variant would be badged as 40TFSI. 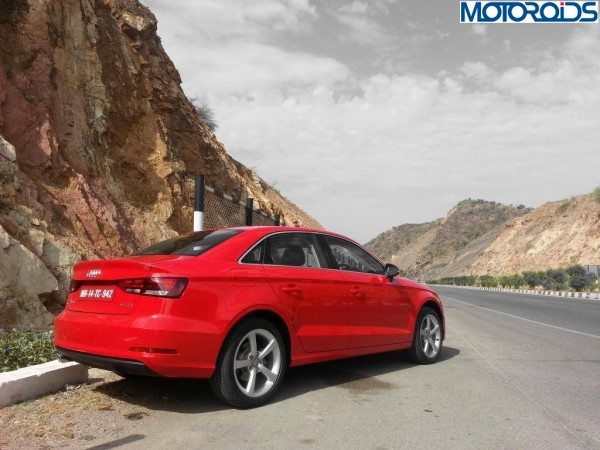 When it launches next month, the top-end petrol and diesel variants of the A3 are expected to be priced in the region of INR 27 lakh. Stay tuned to Motoroids for a detailed review of the Audi A3.