After releasing the exterior images last month, Aston Martin has now released a new set of official images of the interior of exclusive Lagonda sedan.

The interior pics have been revealed for the first time. As can be seen in the images, the car features deeply quilted massive leather seats and wooden and aluminum details on the dashboard with “waterfall” center console. 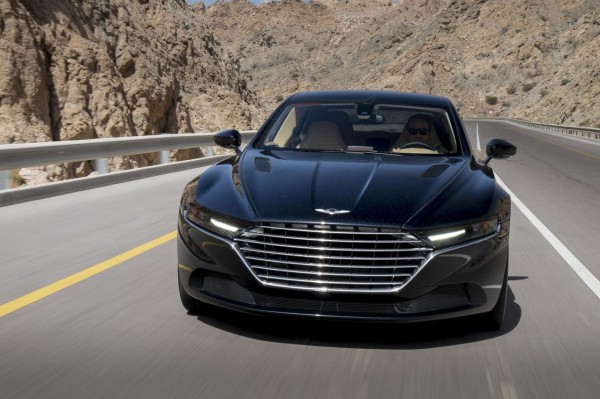 As already known and reported by us, the Lagonda has been designed exclusively for the Middle East market. The Aston Martin Lagonda
is underpinned with the company’s VH architecture, which is used throughout its current line-up. Official technical details are under wraps as of yet, but reports suggest that the car will have the 5.9-litre V12 from the Rapide S under its hood. In the Rapide, this naturally aspirated V12 mill churns out 550 bhp of max power and 620 Nm of torque. The Rapide sprints to 100 kmph from standstill in less than 5.0 sec and has a top whack of 306 kmph. The Lagonda sedan will be rear wheel drive and power will be channelled to the wheels via a six-speed ZF automatic transmission.

Aston Martin Design Director Marek Reichman has previously said: “The new model, like its exclusive siblings the One-77 and V12 Zagato, has been created as a piece of exceptional automotive art. “It has been designed and developed entirely in keeping with the spirit and ethos of previous Lagonda super sedans – notably the William Towns Lagonda – and as a tribute to this car it proudly bears the Lagonda nameplate.”

Deliveries of the exclusive Aston Martin Lagonda are expected to start in the first part of 2015.