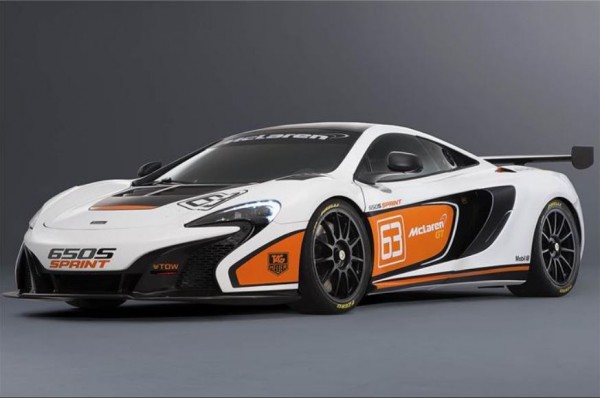 The McLaren 650S Sprint benefits from a host of recalibrations that have been done on various elements of the road-going 650S coupe. The Sprint uses the same engine and transmission systems as the 650S does. Changes include the recalibrated engine and the transmission system. The company claims that these differences help in providing a more engaging “GT Racing Experience” as compared to the earlier car.

A few technical details about the 650S Sprint :

The McLaren 650S Sprint rides lower than the normal 650S coupe. In addition, it possesses recalibrated adaptive dampers and an on-board air-jacking system. These additions are expected to improve the handling characteristics of the 650S Sprint. McLaren has also retuned the active aerodynamics on the new car. Also available is an optional ” Computational Fluid Dynamics ” package, that will provide an additional carbonfibre rear spoiler and another front air splitter. These additions can improve the top whack of the new car.

Interiors are devoid of luxury, save for an air-conditioning system. The spartan cabin includes :

McLaren will unveil the new 650S Sprint in racing livery at Pebble Beach this weekend.