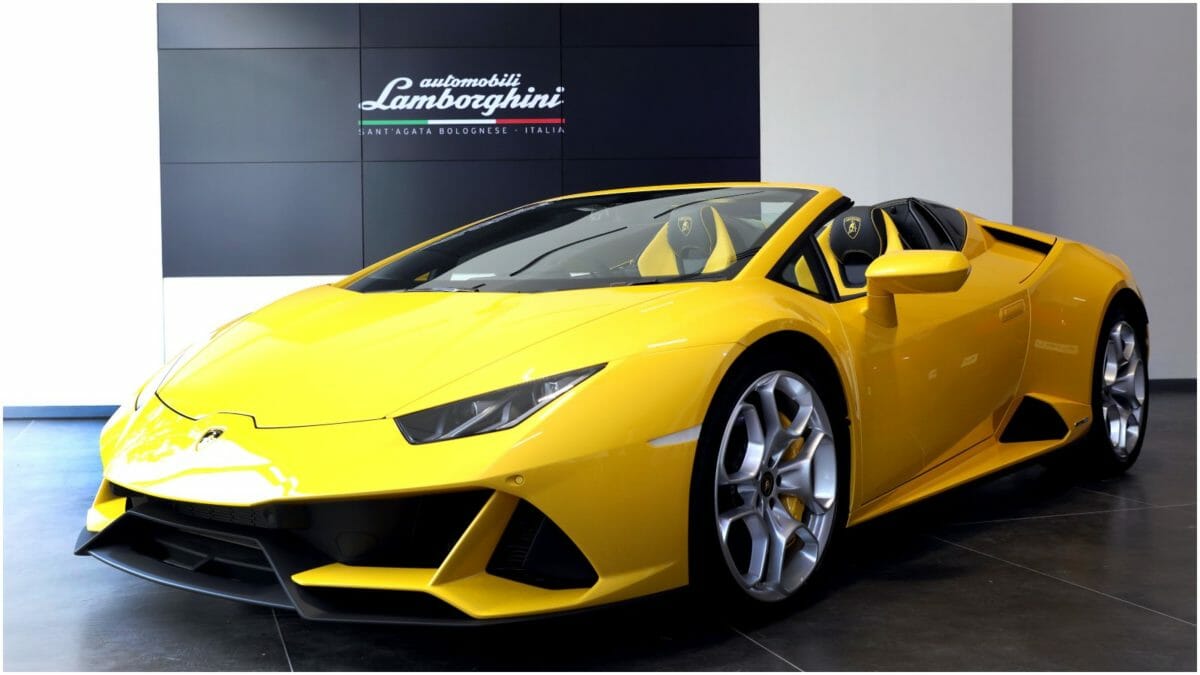 In terms of interior features, the Huracan Evo Spyder gets a smart centrally mounted 8.4-inch touchscreen infotainment system with a multi-finger gesture control for controlling features like volume. This system also gets features like connected navigation, web radio and a video player. The other comfort features include a new torque vectoring system and Dinamica Veicolo Integrata (LDVI), which was previously seen in the Huracan Evo coupe. Talking about complex and advanced technology, the new Huracan coupe convertible also comes fitted with the Lamborghini’s Inertial Platform which provides accurate real-time updates of the car’s behaviour. 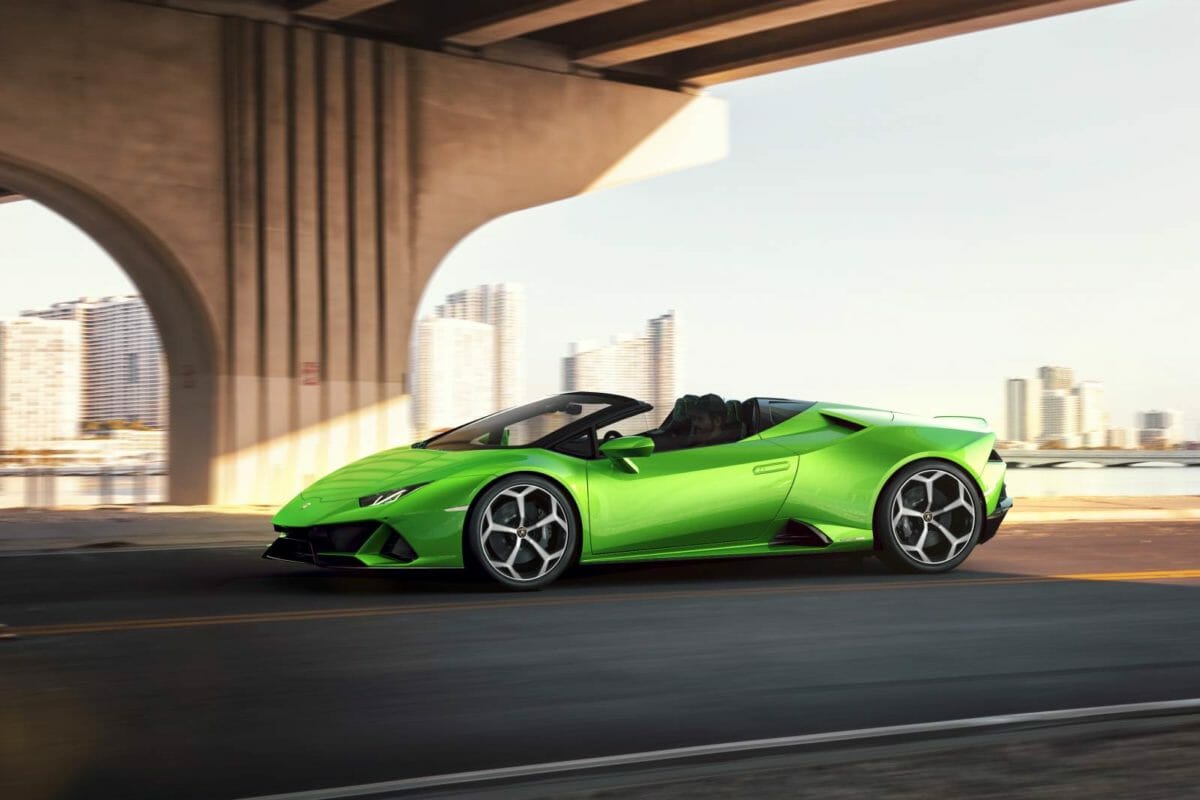 On the other hand, the vehicle’s vertical dynamics are managed by the magnetorheological suspension (LMS) system, while its lateral dynamics are handled by a steering system which engages the four wheels through the Lamborghini Dynamic Steering (LDS) and the Lamborghini All-wheel Steering (LAWS) systems, aided by the constant distribution of the torque between the two axles (AWD) and the torque vectoring system. Combined with traction control, these systems also govern the longitudinal dynamics of the car. The car also offers three driving modes: Strada, Sport and Corsa. 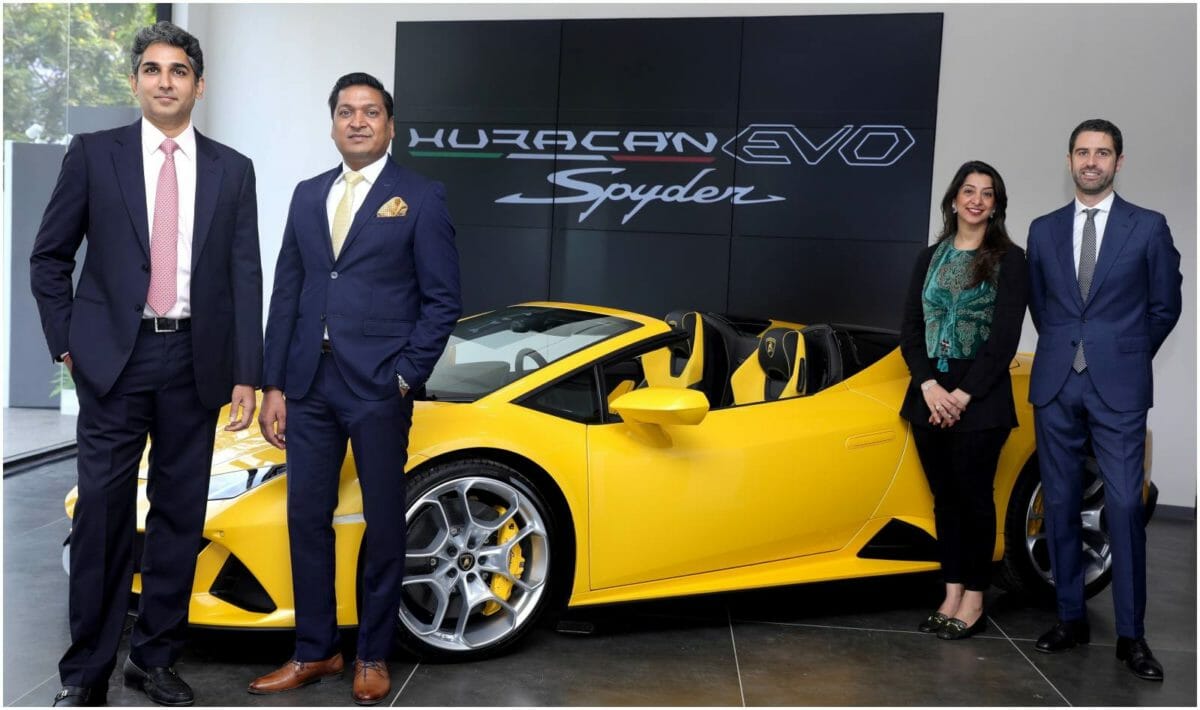 Apart from all the above features, the main change in the Huracan Evo Spyder is the electro-hydraulic roof folding system that adds more than 120kgs of weight as compared to its Coupe version. So, to accommodate the retractable roof, the rear deck of the Huracan Evo Spyder is redesigned with pop up rollover bars. The soft-top can now be lowered down completely in 17 seconds at speeds of up to 50 kmph. Despite being almost 120kgs heavier than the coupe, the Evo Spyder is just 0.2 seconds slower during the 0 to 100 kph run. Commenting on the occasion, Mr Matteo  Ortenzi,  Chief  Executive  Officer – Automobili  Lamborghini  Asia Pacific, said, “Lamborghini is strong and highly acclaimed worldwide, and the new dealership environment is a tangible demonstration of that. We are also thrilled to expand our footprint in the Indian market through the launch of the Huracán EVO Spyder.” 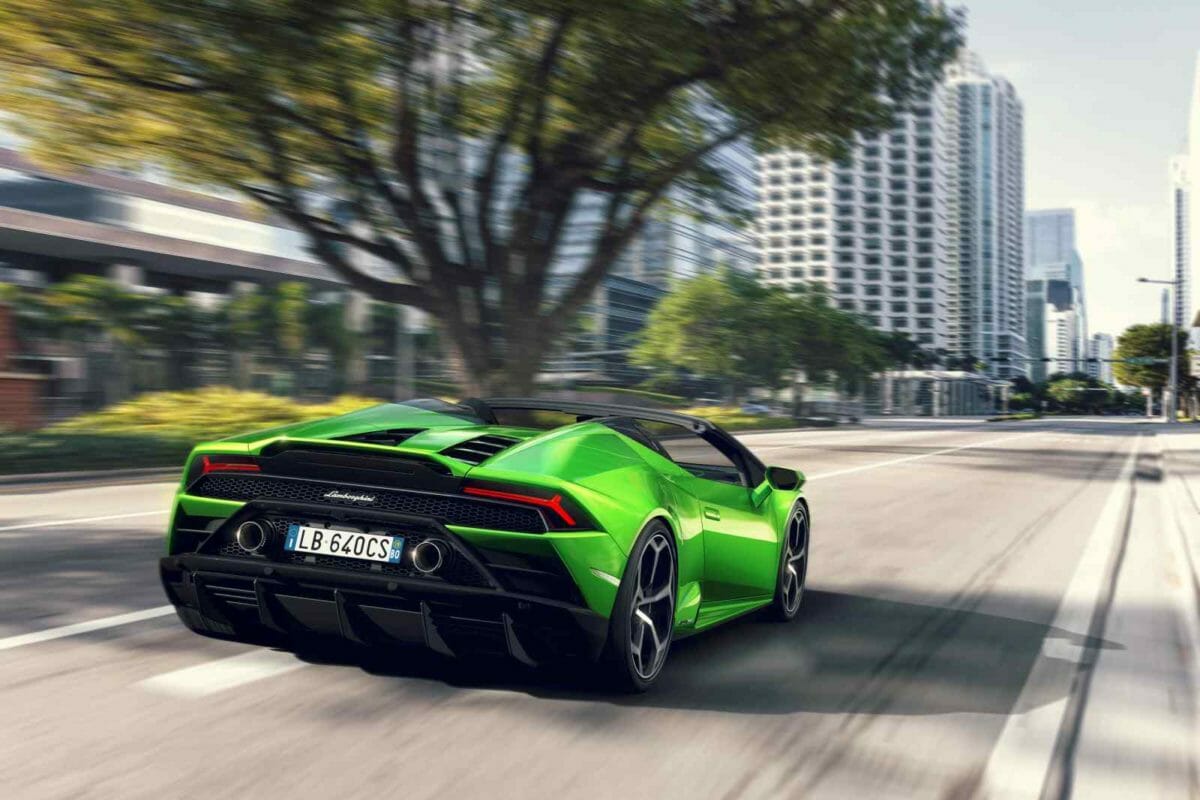 “The Huracán EVO has received a positive response from the India market since we announced the launch of the car earlier this year. We have seen an increase in the number of supercar aficionados in India which reflects in the demand of our Lamborghini range, including the limited-edition super sports cars. The Huracán EVO Spyder joins its coupé counterpart as the second model in the V10 Huracán EVO line-up. It is synonymous with open-air exhilaration for even more amplified sensation and breath-taking performance. Driving a Spyder is a thrill in itself,” said Mr Sharad Agarwal, Head of Lamborghini India.