The rumored KTM 390 Adventure has made its way to the cyberworld in the form of a rendering. It could be built around the familiar single-cylinder powerplant that is used on the KTM 390 Duke streetbike. 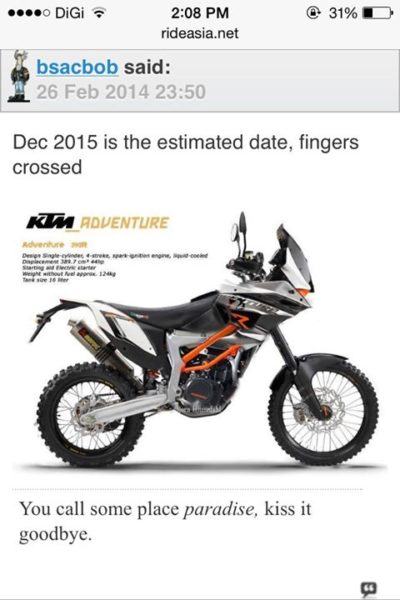 Rumours about the KTM 390 Adventure have been flowing in thick and fast. While it will most probably be built around the same powerplant that does duty on the 390 Duke streetbike, whispers do suggest that it will possess a new frame. There is a lump of solid reasoning behind this. While the 390 Duke is built for major use within the urban environs, the 390 Adventure will witness more journeys into off-road trails. Hence, the Matighöfen based manufacturer could forge a different frame for the 390 Adventure.

Other changes will include suspension components with longer travels, and much more toughness. These additions will allow the KTM 390 Adventure to be able to endure the harshest terrain, and whatever else challenge it comes across. We also feel that the bike would receive wire-spoked wheels, instead of the trite cast-alloy wheels. The rendering also points a finger at the fact that the KTM 390 Adventure will boast of a swingarm derived from the 990 Adventure, and not the one used on the 390 Duke. Impressive! 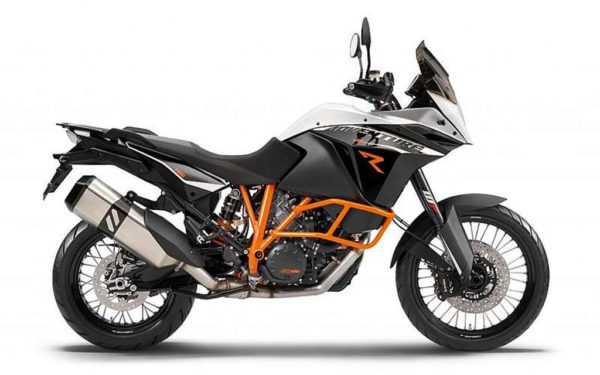 This is the KTM 1190 Adventure

The KTM 390 Adventure will be a true-blue off-roader available at a minusucule-of-a-price, if KTM decides to go ahead with it. Pricing is important for this bike, but it appears that the 390 Adventure is a sure-shot winner already. Why?

This is because there is not even a semblance of competition in the segment that it is supposed to enter.