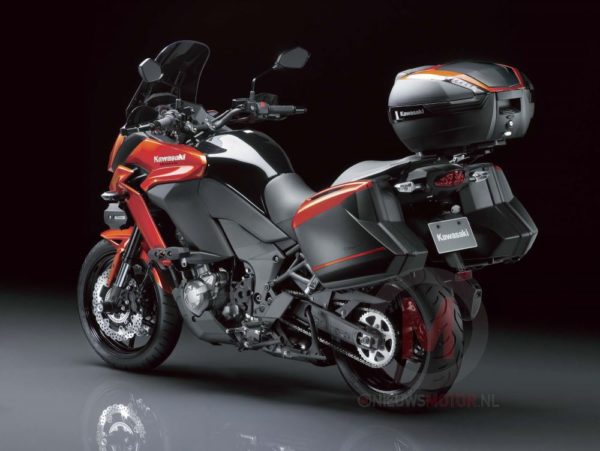 The model year 2015 Kawasaki Versys 1000 and Versys 650 will debut at the ongoing Intermot Motorcycle Fair. However, the leaked images of these two motorcycles were spotted just hours before the official launch. The Versysy series draws inspiration from various segments of motorcycles. The design elements have been borrowed from dual-purpose bikes, standards, adventure-tourers and sportbikes. Automotive website Nieuwsmotor has posted the official images and technical specification of the Kawasaki Versys series motorcycle.

The Kawasaki Versys 1000 gets a 1043cc liquid-cooled inline four-cylinder engine that puts out 120 bhp of power and 102Nm of torque. The Versys 1000 also receives Kawasaki’s KTRC traction control. 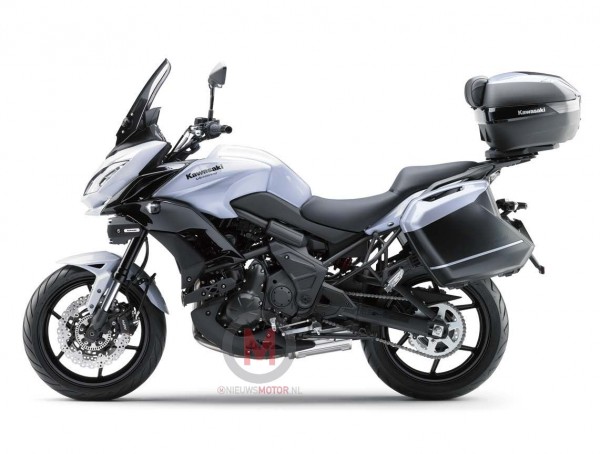 The Kawasaki Versys 650, on the other hand, has been completely overhauled. The design is now inspired from the Versys 1000. The 2015 edition gets dual headlights, bigger fuel tank with 21 gallons capacity, LED tail lights and much more. At the heart of the Versys 650 is a re-tuned 649cc parallel twin engine that churns out 69 bhp of power and 64Nm of torque.

Here are the technical specifications of the 2015 Kawasaki Versys 1000:

Here are some more photographs of the 2015 Versys 1000 and Versys 650. Do share your thoughts and opinions with us through comments below. Stay tuned to Motoroids for more updates from motoring industry.