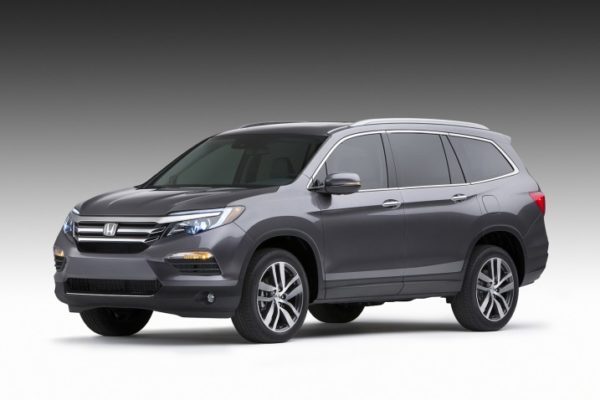 The first official images of the Honda Pilot – the big eight-seat crossover have broken cover a day before its official unveiling at the Chicago Auto Show. The Pilot, one of Honda’s more popular nameplates is in its third generation now and has received a complete overhaul for the latest model.

The new Pilot reminds of the smaller CR-V in several areas, especially at the front, though the resemblance fades away towards the larger, bulkier rear. This big crossover, which could probably have been a nemesis to the all-conquering Toyota Fortuner is not meant for India. Still, looking at the fascia, and the generous splattering of chrome on the slats, we cannot help but wonder if it were made with the chrome loving Indian audience in mind. The top element of the triple slats forming the front grille extends into the upswept, sharply styled triangular headlamps. The bonnet is compact and should be able to help Honda release a lot of space inside the cabin. 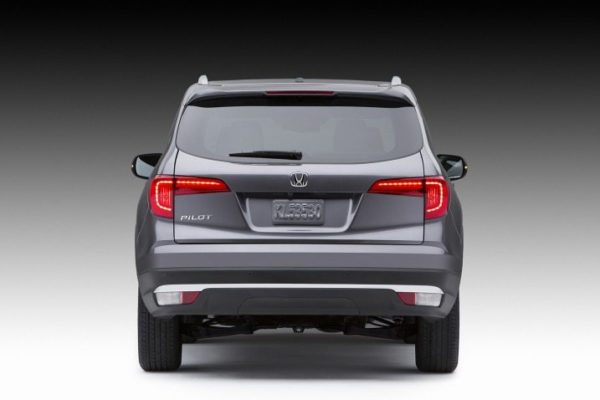 In profile, the Pilot gets a mildly sloping roofline, muscular wheel arches and a strong, upswept waistline. At the rear, the Pilot gets boomerang LED taillights and a design which is vastly different from the outgoing model. 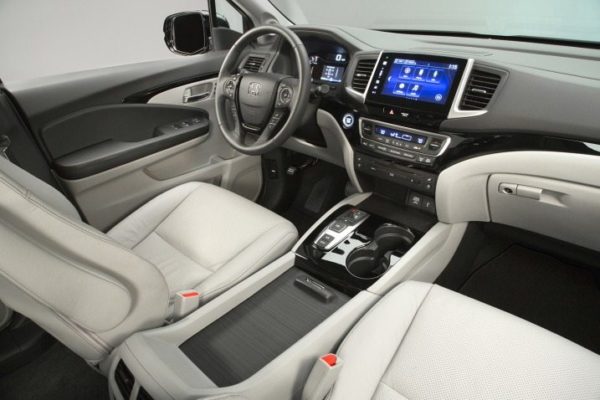 On the inside, the crossover gets a totally overhauled cabin, features and trim. The steering wheel is all-new, and seems to be accompanied by a bevy of features on the dashboard. A large sized touchscreen is also a part of the package. Honda’s flexible seats, along with big sunroofs, and what’s visibly a spacious cabin make the new Pilot look appealing for those planning to travel with family. 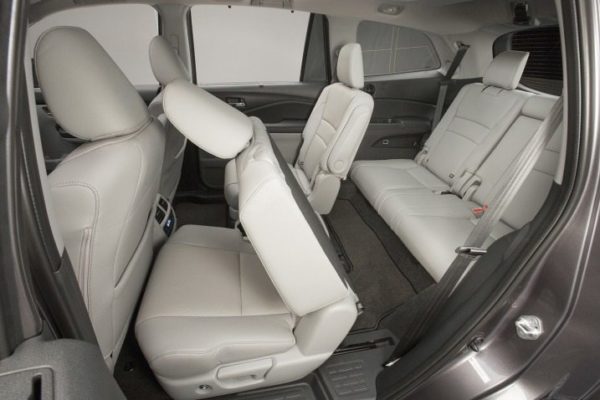 Technical specifications haven’t been revealed yet, though Honda insists that the new car has been completely re-engineered and redesigned, and is capable to carry as many as eight people if required. While we cannot be sure about it, the new Pilot is expected to get Honda’s new 3.5 litre, direct-injected V6 petrol engine mated with a six-speed automatic from the Accord V6 or the nine-speed auto from the Acura TLX V6. The new Pilot will also come with an AWD option along with the basic FWD layout.

The Pilot will be official revealed later in the day. Visit us again to bring you a more detailed story when that happens.