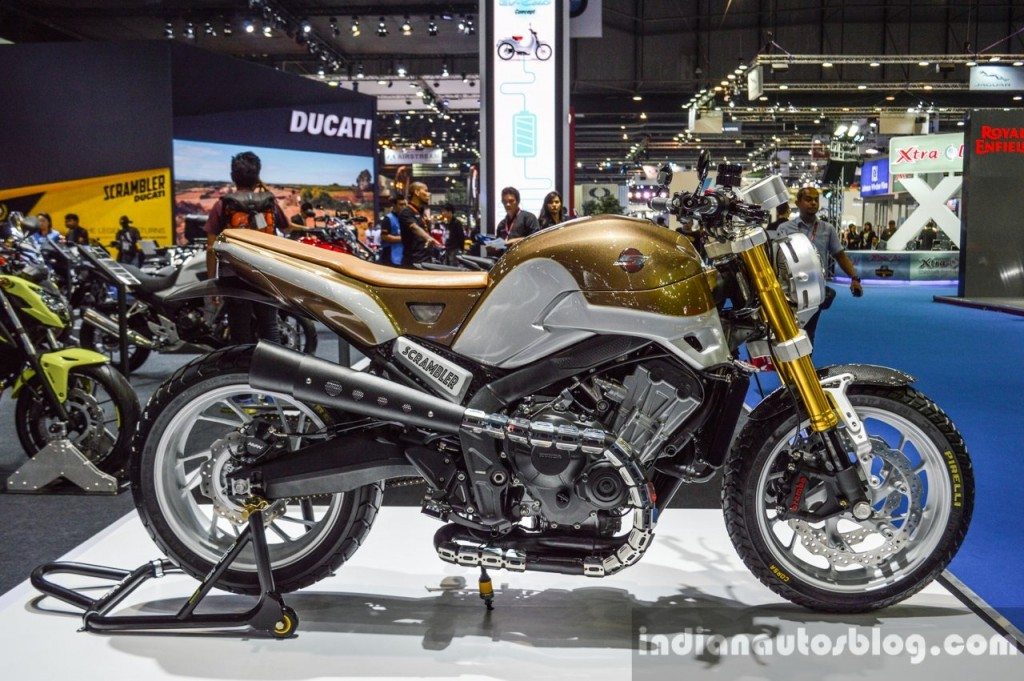 Last year at the EICMA, Honda’s motorcycle arm presented two concepts bikes based on their middleweight motorcycle, the Honda CB650F. The CB650F has been Honda’s stencil on which the maker has conceptualized several concepts and showcased them at various automotive events. Its latest concept made an appearance at the ongoing Bangkok International Motor Show 2016 (BIMS). Dubbed as the CB650F Scrambler concept, it bears the CB650 signature to its name but is a reworked version of the CB650F. 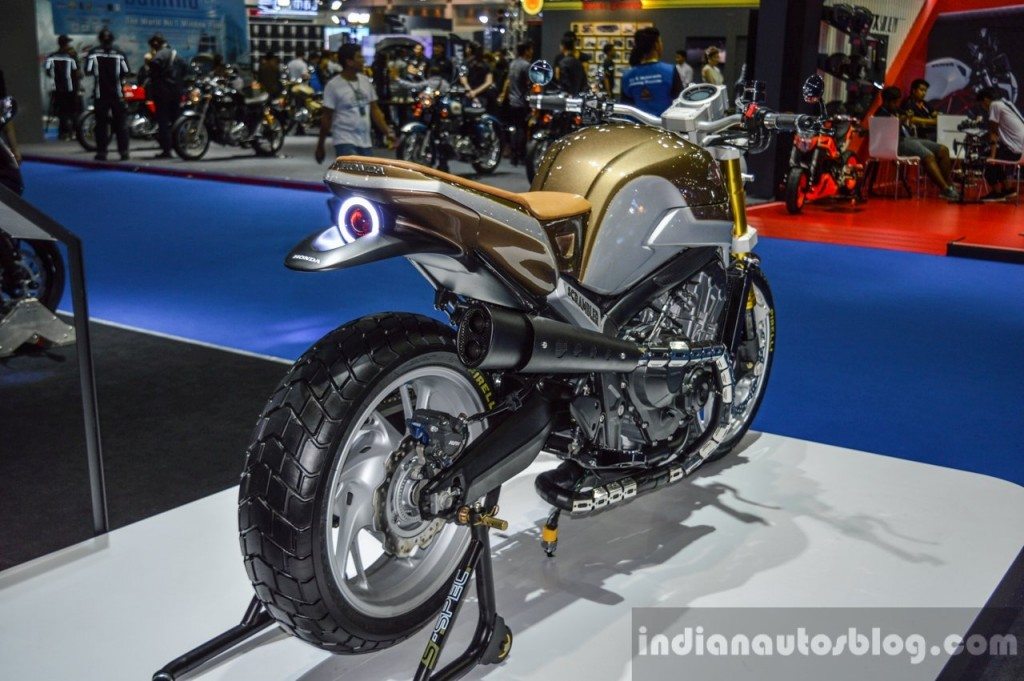 Standing in a golden brown shade the Scrambler CB650F has shed the original’s streefighter character and dons a new cafe racer styling. Unlike the modernistic Honda CB4 and CBsix50 concepts seen earlier at the EICMA, this Scrambler version holds and old school aura. 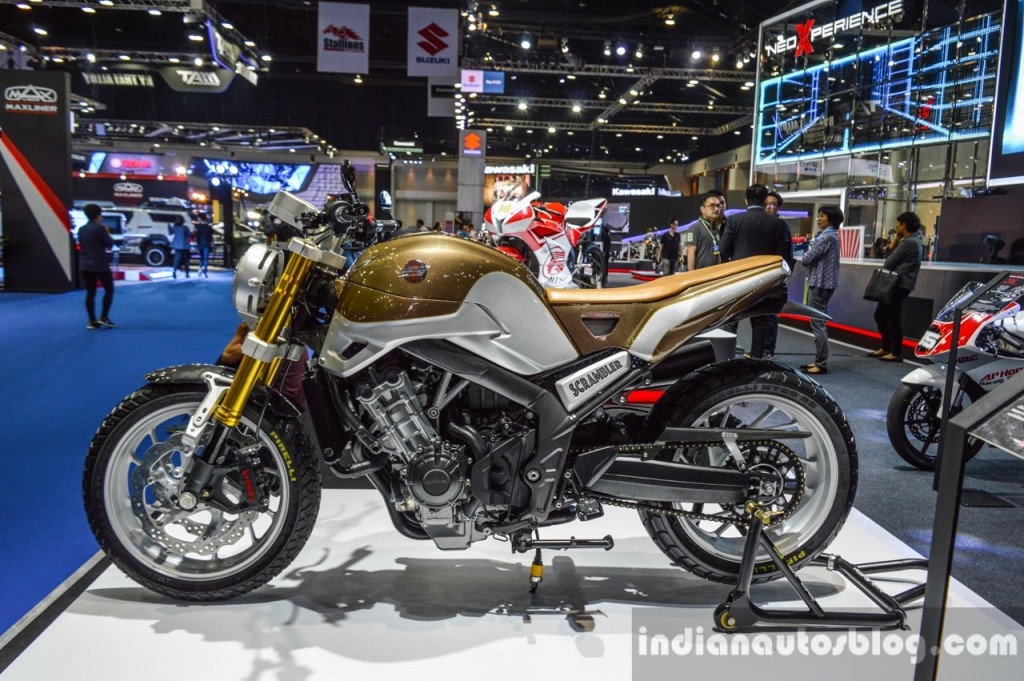 Up front the concept features a round headlight fitted in an aluminium nacelle and is snug between the two golden yellow coloured inverted suspension forks. The flat handle bar, instrument pod and alloys are buffed with aluminium. The Scrambler stands on Pirelli MT60 RS Corsa performance on-off road tyres fitted on Y-spoke turbine style design alloys. The front fascia of this concept Scrambler is similar to the CB4 concept. The beefed up tank has simplistic design lines and bears no Honda emblem on it. Instead, it is labeled with the ‘S’ sticker on each side suggesting the ‘Scrambler’ moniker. 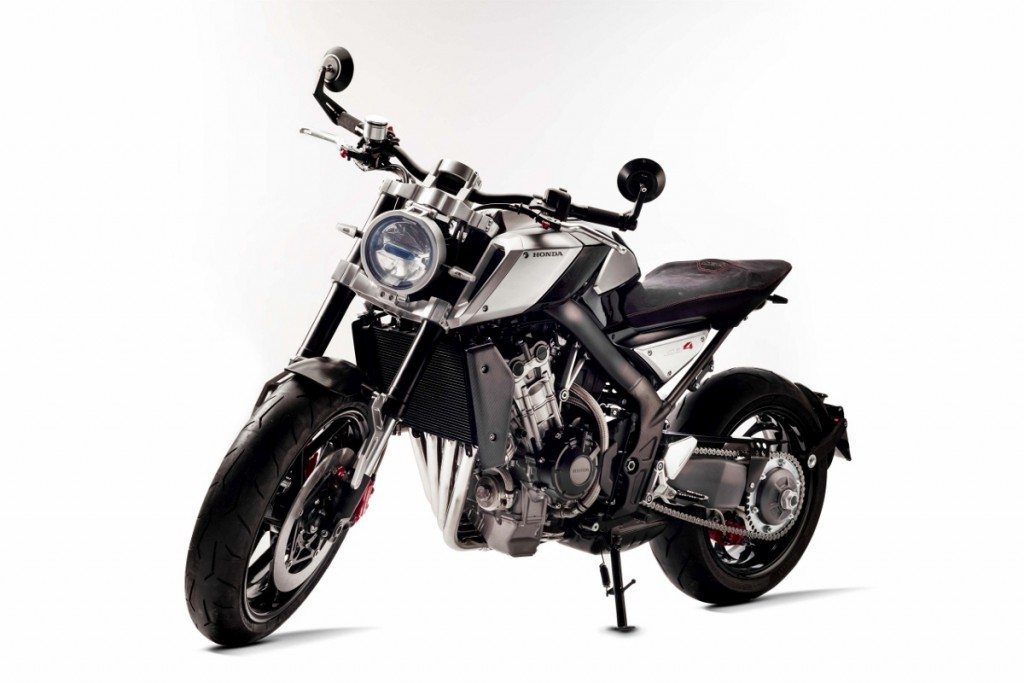 A massive cooling system sits in front of the engine with ‘S’ sign on its chest as well. The seat seems to be draped in tan leather that makes an attempt to blend with the golden brown livery.  Not much of the engine details are known, but we can assume that it houses the similar engine that powers the CB650F. The scrambler also gets a reworked 4-1 exhaust with pipe guard. The rear section has minimal drama, with clean styling and a round LED tail lamp with LED surround. The only ‘Honda’ emblem on the bike, sits right at the rear end of the seat. 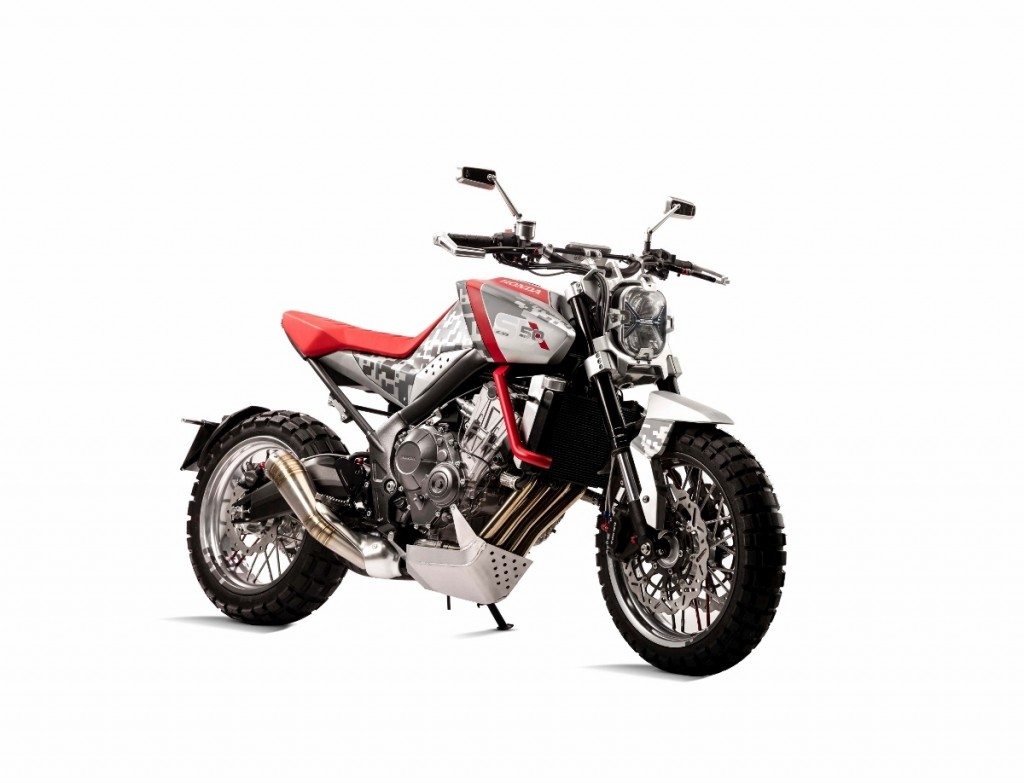 The ongoing BIMS 2016 event has started in full swing and a lot of updates from the automotive world are pouring in. Stay tuned with Motoroids for the latest action and news from the ongoing event. Till then have a look at the Honda CB650 Scrambler, CB4 and CBsix50 Concepts through the image gallery below.