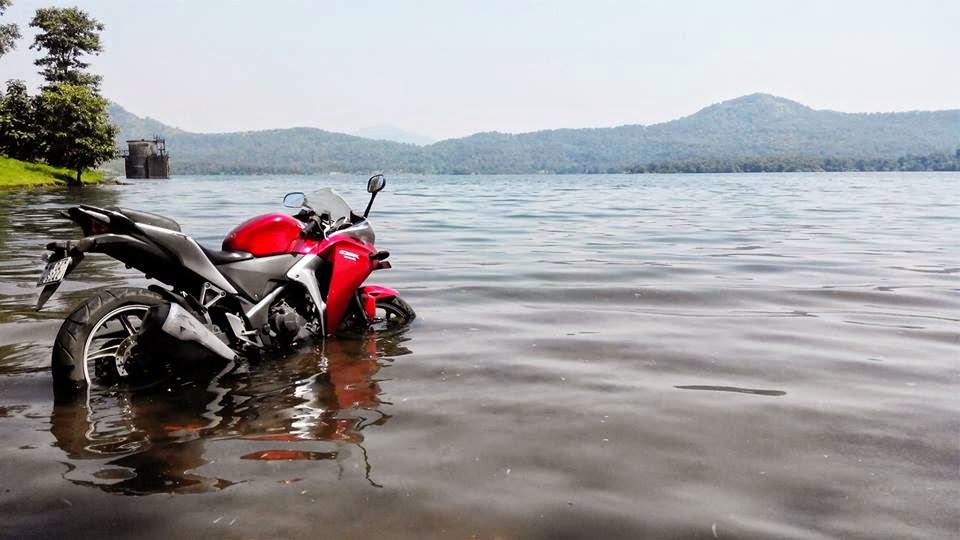 To start with, this isn’t the first time in my ownership that I have witnessed my steeds going past the 1,00,000 km mark on the odometer. It has happened with my earlier two bikes too. My first motorcycle, a 2003 Bajaj Pulsar 150 DTSi V1 read 1,75,000+ kms when I decided to sell it for a paltry amount. Astounding figures for a Bajaj motorcycle I’d say followed by a Hero Honda Karizma which saw a total distance of 1,28,000+ kms when it made way for my third bike- the Honda CBR250R. Though my little Honda is still short by a fair margin to reach the figures of my earlier two motorcycles, it has managed to breach the 100k mark in a rather effortless manner. 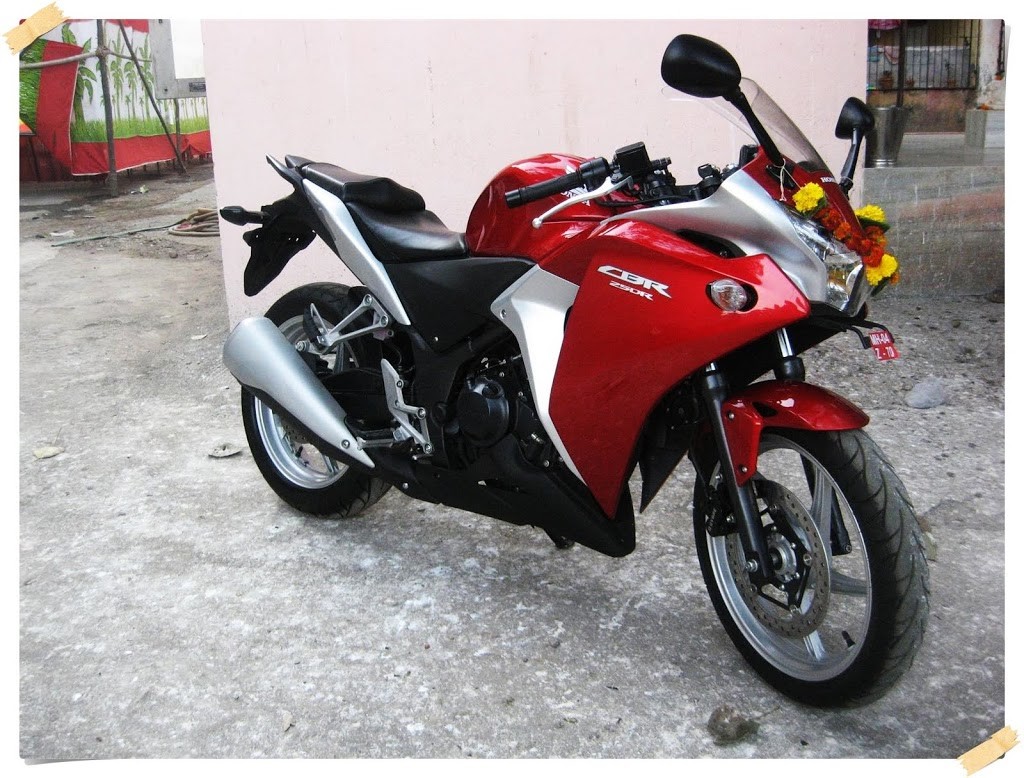 Flashback July 2011- the first time I rode my friend’s CBR250R and the engine had me completely floored. Coming from a Hero Honda Karizma, the CBR250R felt like a gazelle on steroids, the engine had its share of buzziness, but being a new bike not even having crossed a 1000 kms, the point was disregarded as a deal breaker. Unlike most others who took the CBR badge too seriously expecting blazing performance – I was rather happy with the VFR-ish looks.

Coming from the Karizma- I wanted a motorcycle that would relentlessly rack up the miles rather than go around corners like a locomotive on rails. But it wasn’t an easy decision, having owned sub one-lakh priced motorcycles and leaping onto something twice as expensive brought confusions and contemplations galore. But that trust people blindly put on the H badge, I decided to let go of all anxiety join the bandwagon myself. 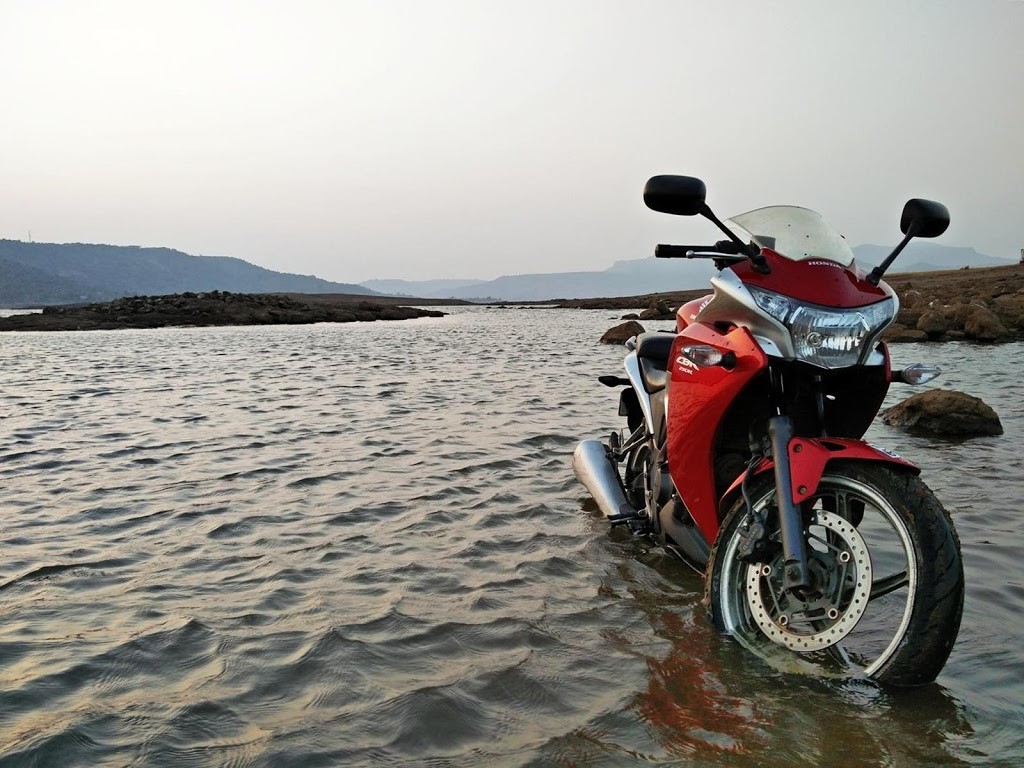 The long-ish first ride didn’t take much time to come by. A 1500km trip was a good enough distance to get acquainted and understand the dynamics of the motorcycle. Weird it may sound, but I found it easy going and more comfortable than the Karizma. I could cover more distance comfortably- yeah it’s a faster bike, but the soreness at the bottom was much less despite a firm seat. Maybe it has to do with the riding position, which distributes your body weight at different anchor points i.e. wrists, legs, butt etc unlike in an upright position where it’s concentrated at one place. During the initial days of ownership before the ride, the wrists did feel sore, quite understandably so – the effects didn’t last for more than two days though. 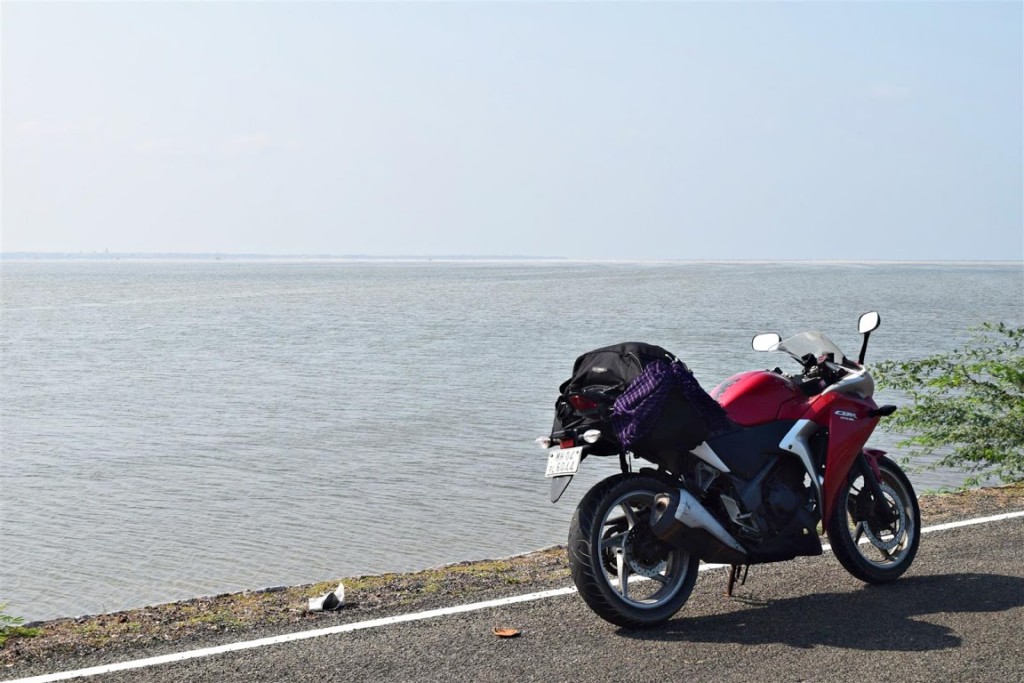 I started getting into the groove and the robust feel of the engine meant the odometer was sent travelling into orbit. Except a mild cluttering noise between 5000-6000 rpm which was traced to the reed valve, it wasn’t much of a bother. Weekend rides with friends starting multiplying and long distance rides came up more frequently. The CBR kept adding miles to the extent that I missed services and oil changes when being out on tours. A 6000 km oil drain interval would be stretched to nearly 10,000 km and services would happen once in 15,000 to 20,000 kms. The tryst with the motorcycle brought in that trust so strong- I felt that it would never break down, no matter what. And it never did. 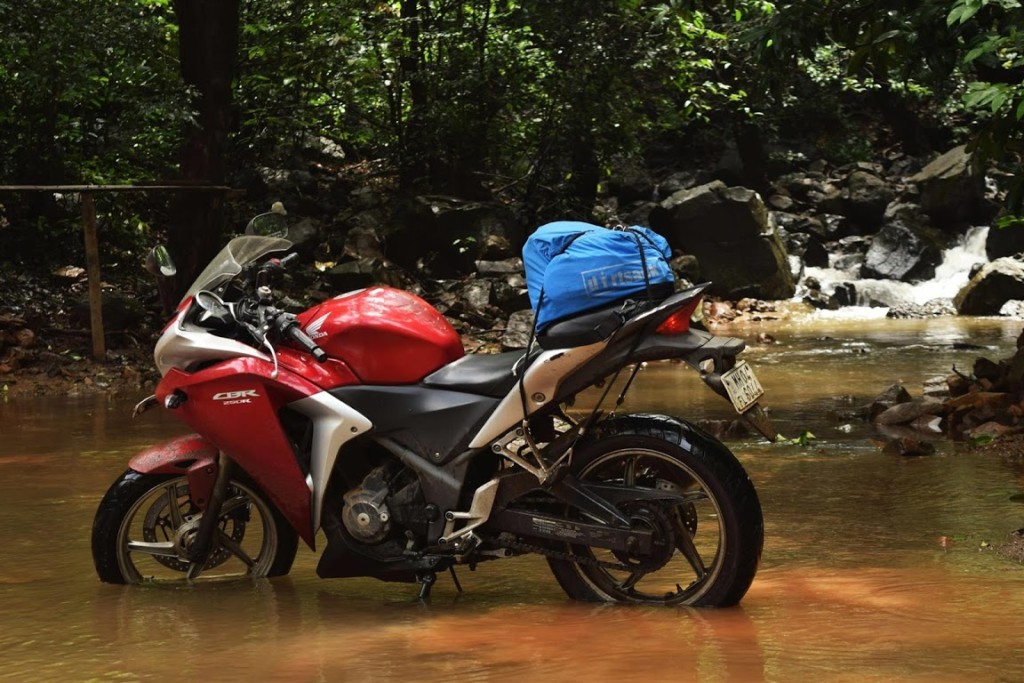 It does have its own list of setbacks and the biggest issue on the CBR250R was the tyres. The Contigos sure add imposing looks to the motorcycle from the rear end- we all love fat tyres don’t we? But all that unfortunately came at the cost of grip. It has to be one of the worst, if not the worst tyres one would want to buy for his motorcycle. The fat profile at both ends lead to resistance from the motorcycle to lean into corners – you really have to use your muscles to make it dive into one. Thankfully of late with the availability of better tyres, the issue has been taken care of. Not only does the motorcycle feel lighter, but doesn’t exhibit any nervousness while leaned over. From Contigos, Michelins, Pirellis and now MRFs- I would say the MRF Revz FC1 and C1 are the best tyres you can buy on a budget. It drastically changes the handling aspect and thanks to a lower profile- imparts great confidence to get closer to the tarmac. 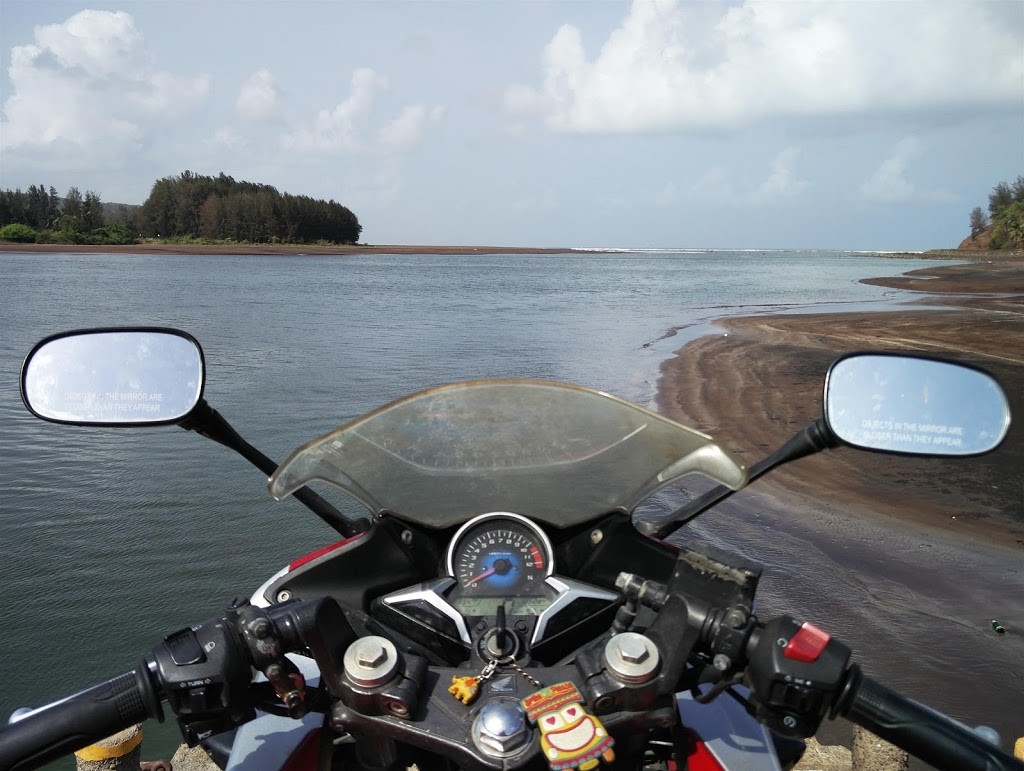 Classifying as a sports tourer, I wonder how Honda could get the windscreen sweep angle wrong. With a beautiful engine at the helm, the CBR250R can cruise between 120-140 kph all day long – but the wind would be punching you in the chest and the face. An upswept screen would have brought relief from the drag, but even till date Honda decided to stick to the same design forcing buyers to retrofit aftermarket screens from PUIG and Zero Gravity that don’t come cheap. I didn’t find it worth from the VFM proposition and still stuck to the stock screen. 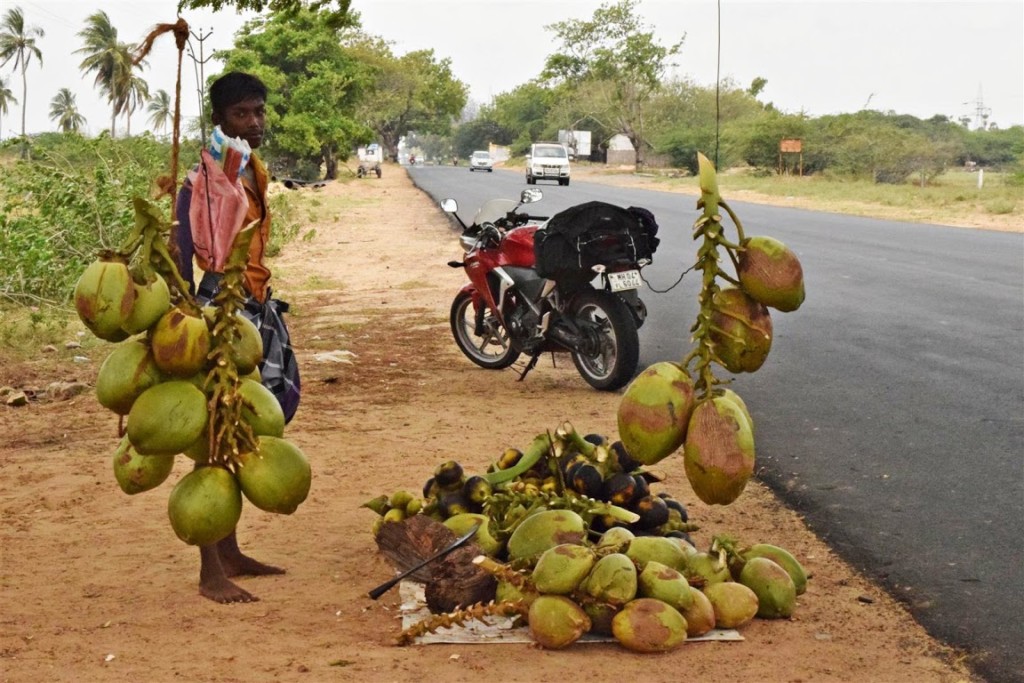 Touring isn’t restricted to daytime riding and with long distances to scale up in short time- riders today tend to start their rides at night. The headlight spread and throw isn’t the greatest on the CBR250R. The Karizma on the other hand without being very well endowed dimensionally still had a kickass beam and scatter even on a 35W halogen. 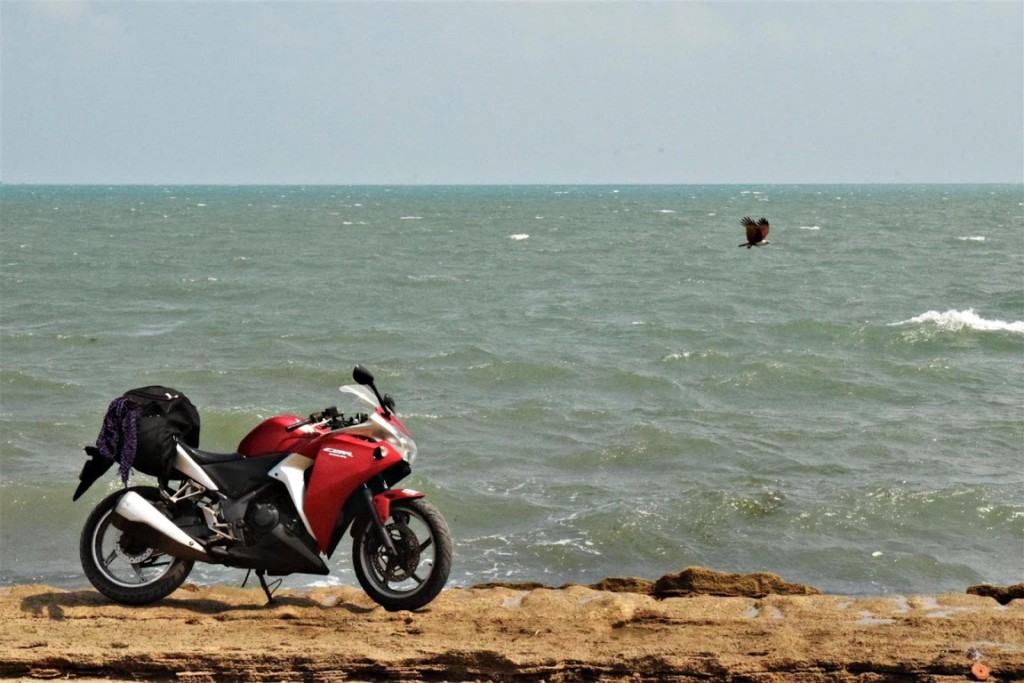 This issue has been resolved by plonking in a higher wattage halogen- thanks to a 340W alternator and switching over to a 14 amp battery gives you the freedom for powerful and auxiliary lighting. The current setup includes a 100/90W Philips Rally in the stock beam wired through Minda’s relay kit and a 35w 5000K HID setup that’s only put to use on touring. Motoroids team member Arjun uses a 130w halogen setup on his CBR250R and it has been working flawlessly. 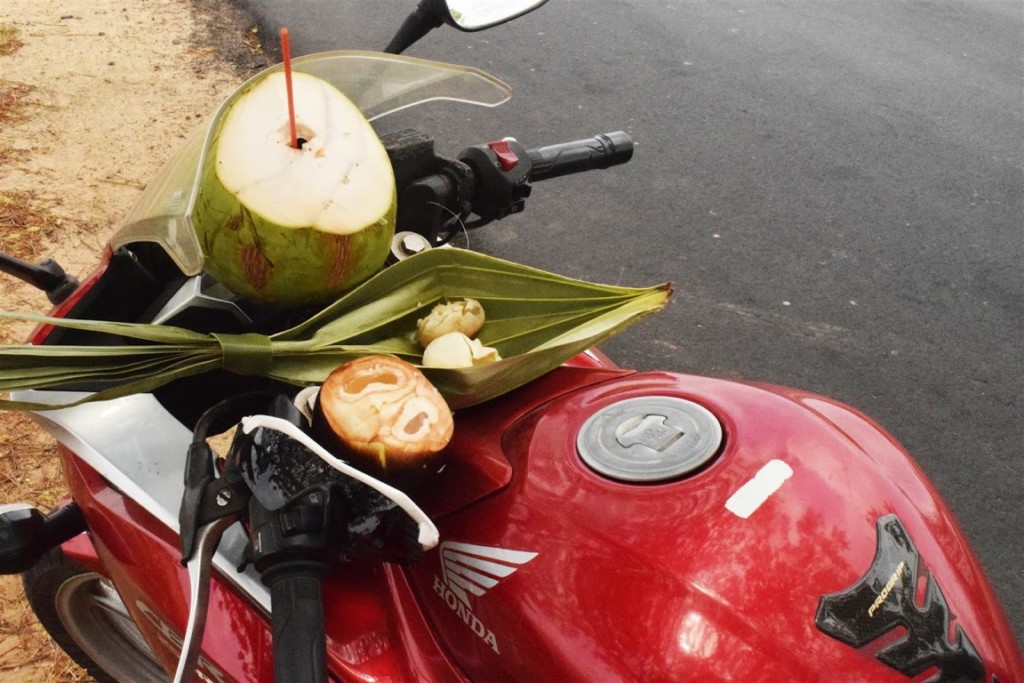 The hard seat might feel wooden to some- but the rider’s seat on my CBR250R is still stock after 4 years. For the comfort of co-riders, the rear seat on my 250R has been modified with added foam layers. 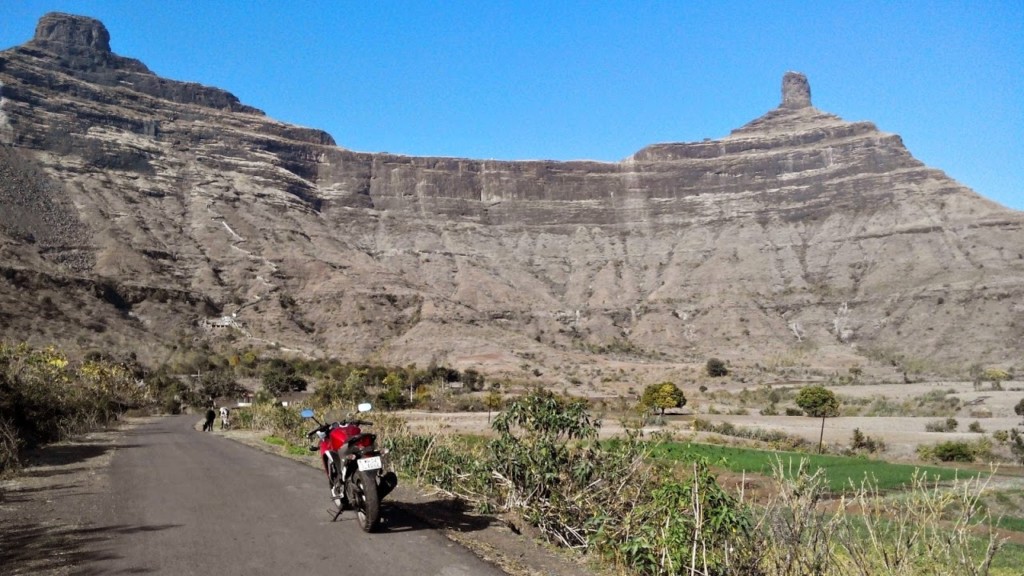 The service costs (labour) are high for my liking i.e. INR 1600 per service – I guess that’s nearly car servicing territory. So either it’s DIY or my trusted local mechanic who does the same at 1/10th the cost (excluding spares). 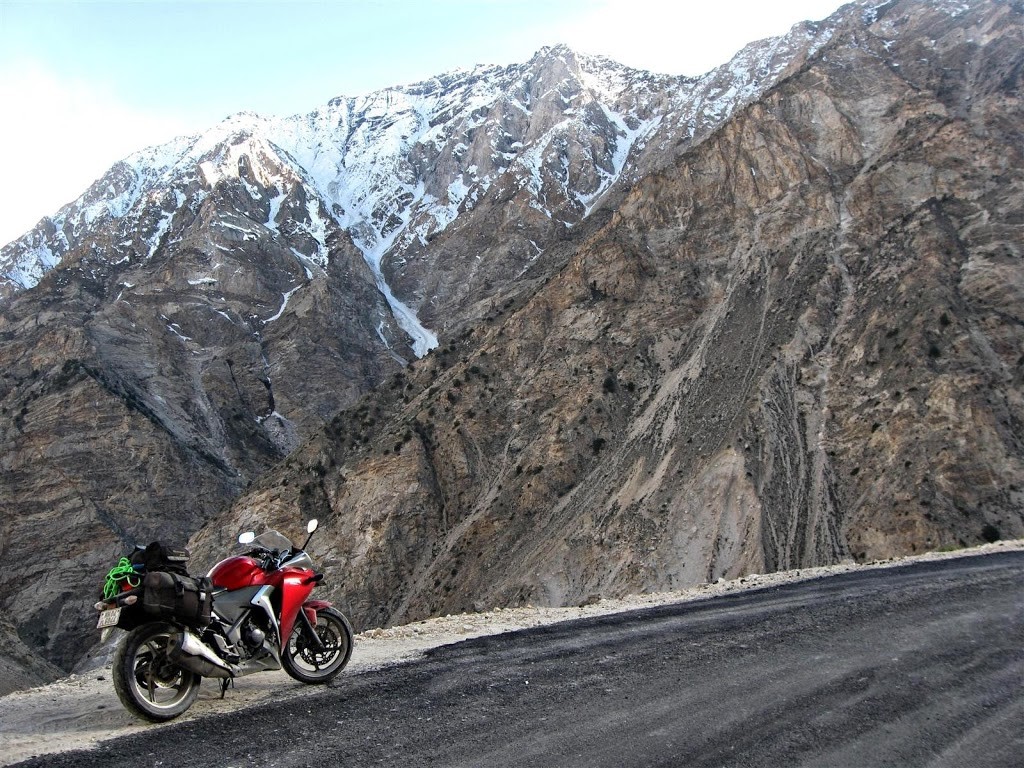 And that is all I would complain about the motorcycle. The thing that gets going for the CBR250R is the list of pros that it brings along. The engine I believe has to be the USP of the CBR and it has some lovely numbers to show up for it. Currently the odometer reads upwards of 1,25,000 km clocked in just over 4 years despite having witnesses terrible neglect. The bike hasn’t been serviced at regular intervals. I would rather run on oil changes from 6000-18000 km and as mentioned earlier – the oil changes would sometimes stretch close to 10,000 kms before a fresh can was poured in. 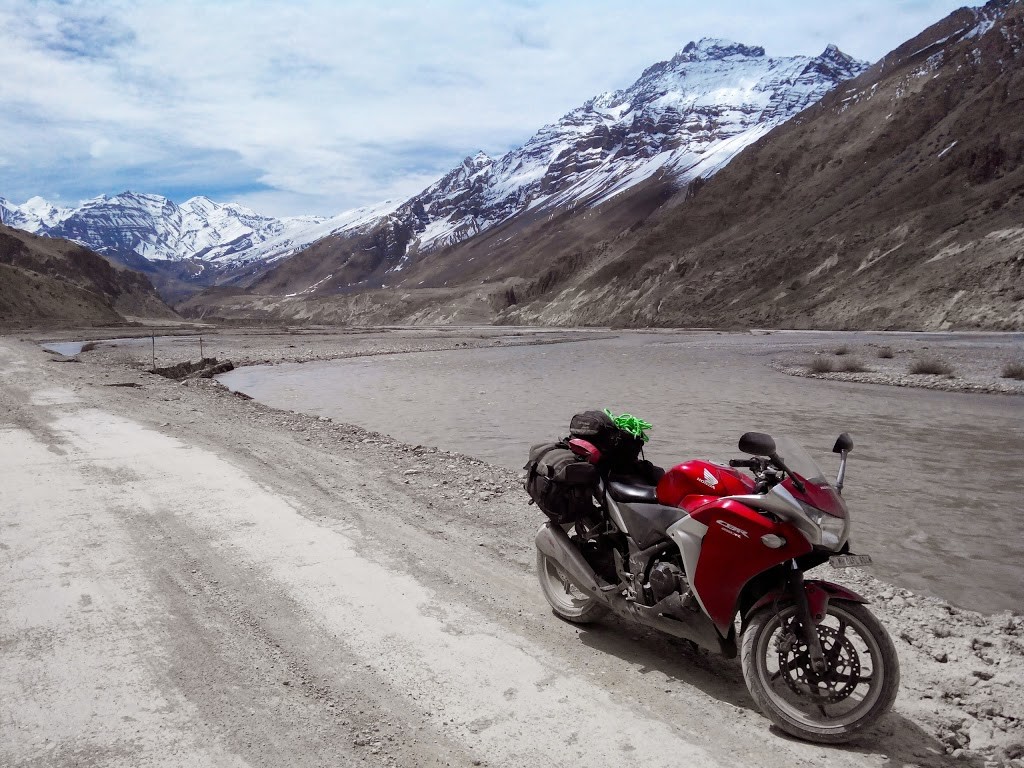 The air and oil filter replacements were no different. The spark plug has been changed twice as the recommended change is marked at 48,000 kms. My machine never ever had any shim issues and the only spare I remember being replaced under warranty was the set of grab rails. The motorcycle still runs on stock clutch plates and I am extremely curious to get them inspected when I get them replaced-  maybe I’ve got a set constructed of titanium. If I have to recollect post tour experiences on my earlier two bikes- both of them had to be taken to the service centre after every long ride. The engine would feel coarse emanating mild cluttering noises- the CBR250R throws no such tantrums. The refinement from that little 250 single does surprise you when you are pushing it to the limits in the peak of summer season.

The engine heat is well controlled and doesn’t bake you like a few other bikes would while crawling around in city traffic. The radiator fan and the cowls take care of channeling away the heat from the rider. To conclude on the praises – the engine is surprisingly frugal for the performance on offer. I was shocked to read people (a few journalists rather) quoting mileage figures in the low 20s- makes me wonder if they were riding in the first three gears all the time. For me- the numbers keep rolling between 35-38 kpl in city commute that includes appalling traffic jams and while touring it would go as high as 40-42 kpl considering you are cruising between 100-110 kph. 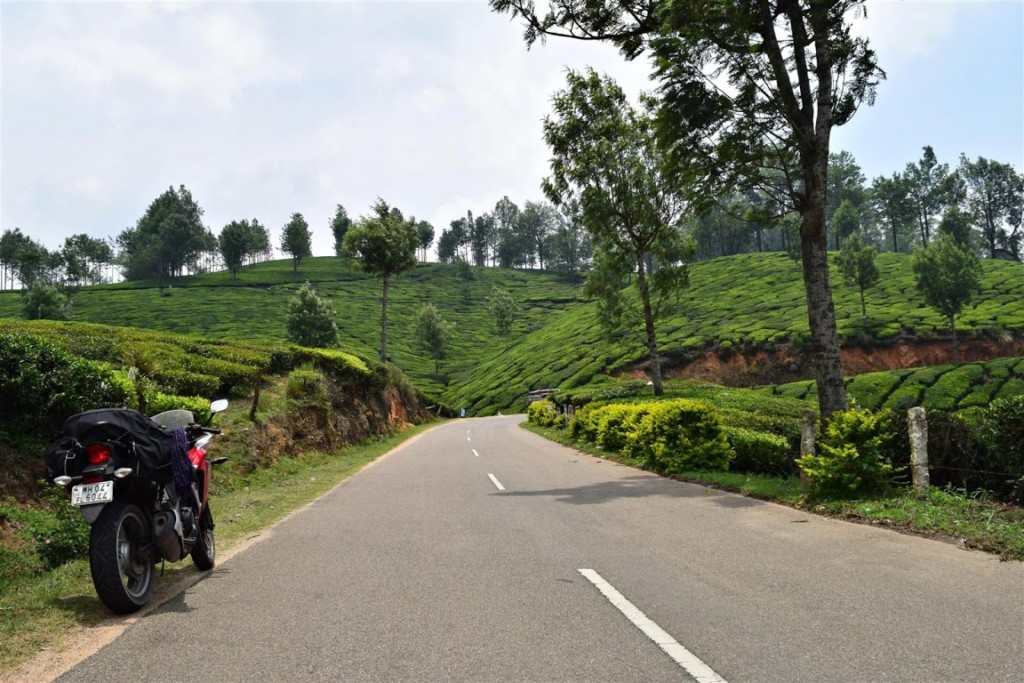 I was bowled over by the CBR250R just for the engine and that was the biggest relenting factor for a purchase and over the course of time- it has ensured that I didn’t have to regret the decision I took.

Getting to other bits of hardware- the suspension is the second feature that comes to mind. Well yes, it does wallow on undulations and mid corner braking- but it’s a sports tourer and I feel the compromise is just right for mixed real world riding conditions. The tyres have in fact changed the way the motorcycle handles and to a large extent does compensate for the softish nature of the front suspension. The rear has lovely travel and is better calibrated than the front on factory settings to handle both smooth and bad surfaces alike. In conjunction- the suspension is a boon when treading on broken tarmac and off beat trails. 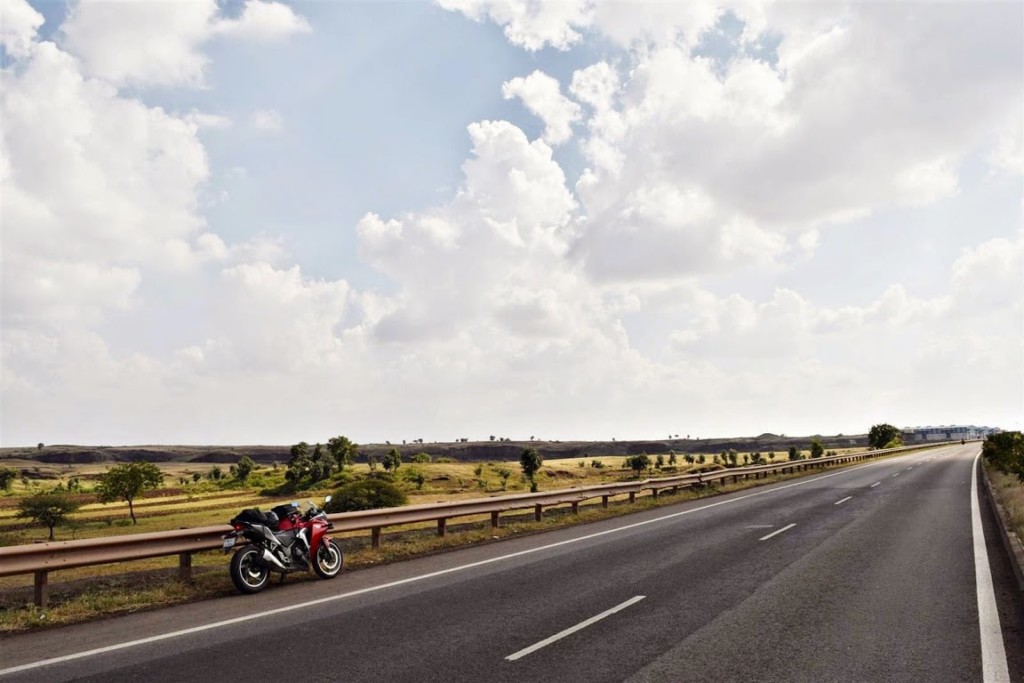 The brakes are decent on the non-ABS variant, but if I could turn the clock back- I would buy the ABS variant. The stellar braking capabilities of that ABS unit justify the extra cost and the forgiving nature of the anti lock unit when you mess up is worth every penny of investment. 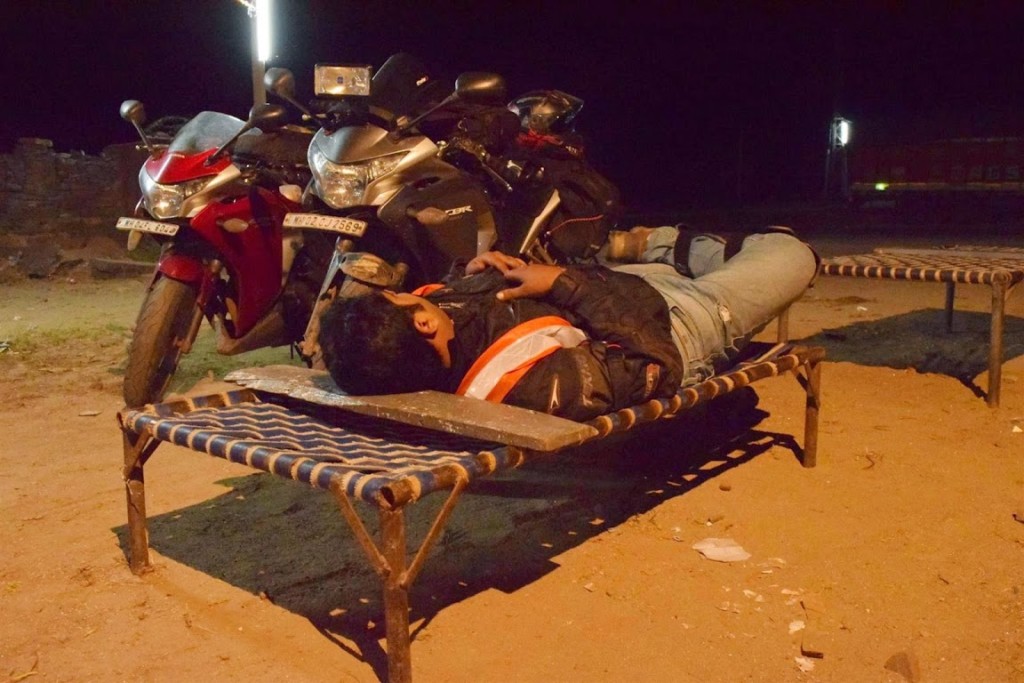 I’ve written quite a bit, so without adding any further descriptive text, here I have listed down some key facts about my steed in bullet points: 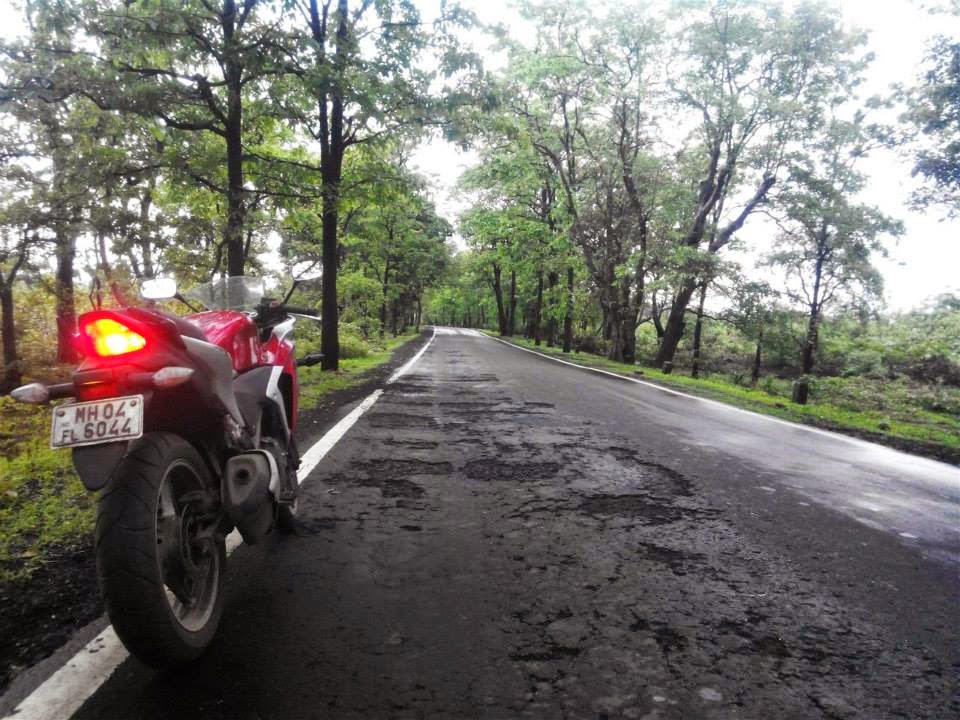 So that is all I could think of sharing with you in this long term ownership report. The CBR250R might not appeal to everyone’s taste – people find it boring because it goes about doing its job without fuss, but its non-finicky nature is what I find appealing to my riding style. I had planned to sell it once it touched the 1,00,000 km mark – but I decided never to. It’s an extremely versatile motorcycle and a very frugal tourer if long distance touring or endurance runs are your forte. Spares are reasonably priced and the longevity of parts is excellent when compared to the competition. It justifies the cost in the long run particularly if you plan to extensively use it for touring. If short term kicks and fun are your priority- stay away from it as you would have ample options to look at.