The update that the Bajaj Dominar is about to receive has been gaining quite some traction. The current model which is on sale has been quite a popular bike, which has proved its mettle from time to time. The bike has been ridden all across the world and has been on a number of expeditions. That said, there always is some room for improvement. Regular readers would know that as part of this update, the Dominar will be offered with a better USD front suspension, radially mounted brakes, a DOHC engine and some more ergonomic changes. Now, thanks to some leaked documents, we can share some technical specifications of 2019 Bajaj Dominar with you all. A big shoutout to Neelesh Bajaj for sending us these pictures.

The updated Bajaj Dominar will measure 2,156 mm in length, 1,112 mm in height with a wheelbase of 1,453 mm and a 157 mm ground clearance. These dimensions remain unchanged, however, the width has gone up to 836 mm from 813 mm. The additional equipment offered has also increased the kerb weight of the bike to 184.5 kg from 182 kg. 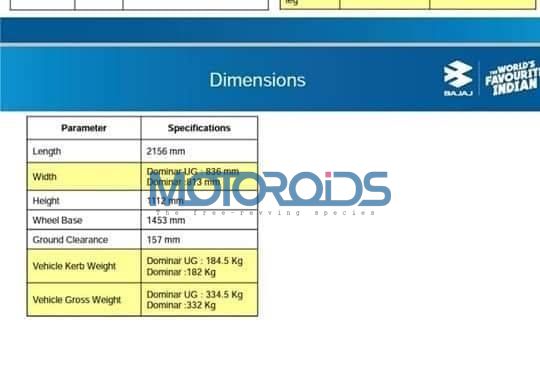 As we have mentioned earlier, the DOHC setup that the engine will come with does, in fact, offer a bump in power. Compared to the decent 35 PS the outgoing model makes, the updated model will generate 39.9 PS of maximum power. The torque remains unchanged at 35 Nm but comes a bit later at 7,000 rpm instead of 6,500 rpm. 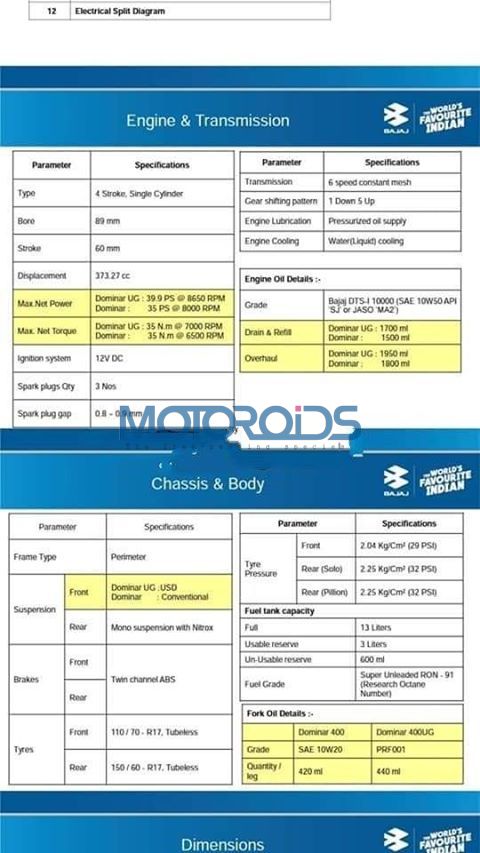 Perhaps the most anticipated change with this new model, the new Dominar gets a USD setup. This would not only offer more feedback to the rider but will also improve the dynamics of the Dominar, which would be welcomed with the more powerful motor it is going to get. 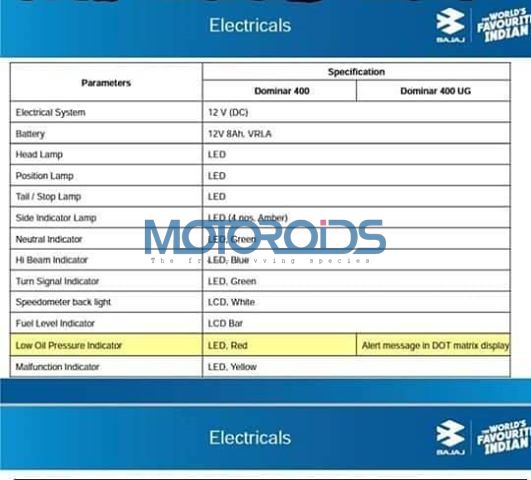 This update of the Dominar will also come with a new, all-digital instrument console. This LCD screen has multiple warning lights to help the rider. The console also offers a gear shift indicator which pulsates when you are too high in the rev range. 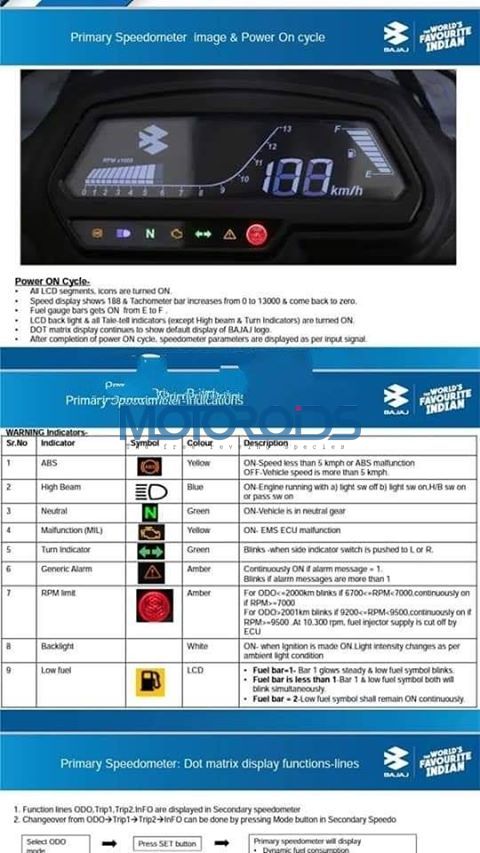 Another major change coming with this bike is the fact that ABS, a dual channel system will be offered as standard. Unlike the previous model, the bike would not offer a different, non-ABS model of the bike. Expect to pay a bit more than the INR 1.64 lakh the outgoing model retails for. Stay tuned for more updates on the bike.