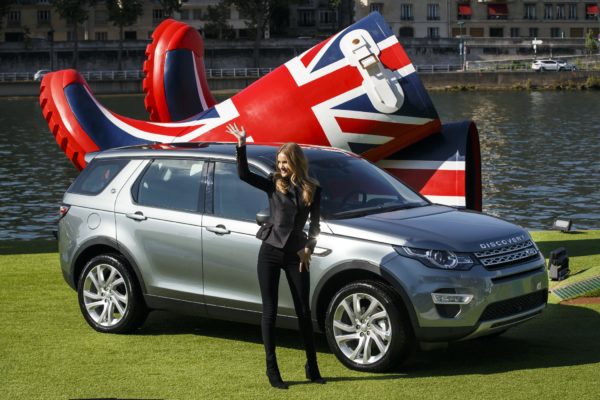 The new Land Rover Discovery Sport made its public debut ahead of the Paris Motor Show. A pair of Discovery Sport vehicles performed a dramatic dynamic debut aboard a giant barge on the River Seine to mark the arrival of the brand’s new premium compact SUV. The two Discovery Sports put on a true show of Land Rover capability, flanked by seven pairs of brightly coloured, giant-sized Wellington boots – created to represent the family-friendly SUV’s versatile 5+2 seating layout, along with Land Rover’s unique take on outdoor life.

Fresh from the runways of Paris Fashion Week, Rosie Huntington-Whiteley made a surprise appearance on Land Rover’s own floating catwalk. Experiencing the new Land Rover’s premium interior design and dynamic capability first hand, the British supermodel and actress played a starring role in the unveil, causing a media frenzy as she posed next to the Discovery Sport and a pair of 4.5-metre Union Jack patterned Wellington boots. 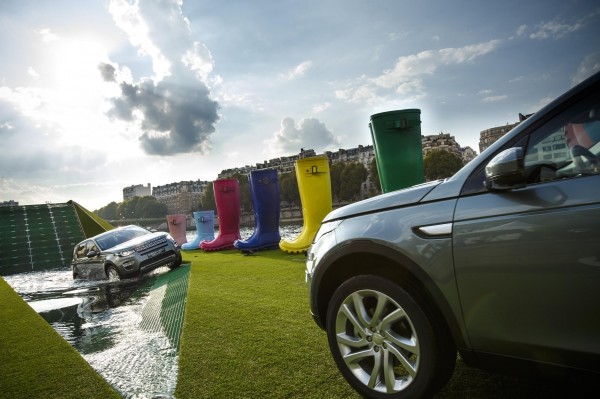 Gerry McGovern, Land Rover Design Director and Chief Creative Officer said, “Designed and engineered to be the world’s most capable and versatile premium compact SUV, this is a vehicle that will appeal not only to existing Land Rover customers but to a whole new group of people who may never have considered Land Rover before. It is quite simply the most accomplished vehicle in its segment.”

After revealing Discovery Sport to the world’s media for the first time, the 80-metre long barge continued to turn heads on its attention-grabbing journey down the River Seine, cruising past Parisian landmarks such as the Eiffel Tower and Notre-Dame Cathedral.

Discovery Sport was revealed digitally at Virgin Galactic’s Spaceport America facility in New Mexico, USA, on 3rd September – where Land Rover announced details of its Galactic Discovery competition to send four friends into space. The competition has attracted global media interest and is open for entry until November 21st via www.landrover.com/gotospace.