Till now, the Bajaj Pulsar 200NS has been on sale in as many as four color- Red, Blue, Yellow and Black. Now, it seems that Bajaj is readying to bestow its flagship model with a new dual shade paint job, that of black and white. 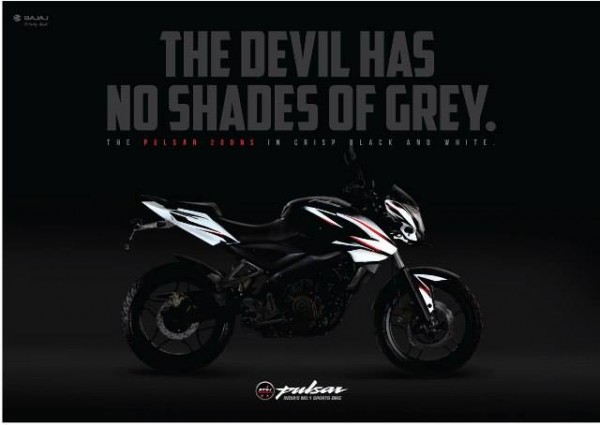 This revelation comes through a teaser pic on the bike’s official Facebook page, The pic announces it loud and clear-

THE DEVIL HAS NO SHADES OF GREY.
THE PULSAR 200NS IN CRISP BLACK AND WHITE

The Bajaj Pulsar 200NS, draped in the upcoming color shade, is expected to reach dealerships before the end of this month and we reckon that it might even command a premium of up to INR 1000 over regular models.

The Bajaj Pulsar 200NS is powered by a single cylinder engine that benefits from a 4 valve layout. The engine is fed from a carb. and has a SOHC/triple spark plug layout. The liquid cooled engine has a max power output of 23.65 Bhp and a peak torque figure of 18.3 Nm.

If rumor mills are to be believed, the launch of the new paint shade of the 200NS will be followed by a new fully faired variant. This variant could be christened as the 200SS (Super Sport) and would become the first fully faired model in the BAL’s product portfolio. The speculated Bajaj Pulsar 200SS will get a modified version of the 200NS’ motor and has good chances of becoming the fasted Pulsar ever.

It won’t be wrong to say that the Pulsar brand is looking all set to be infused with a lot of excitement. 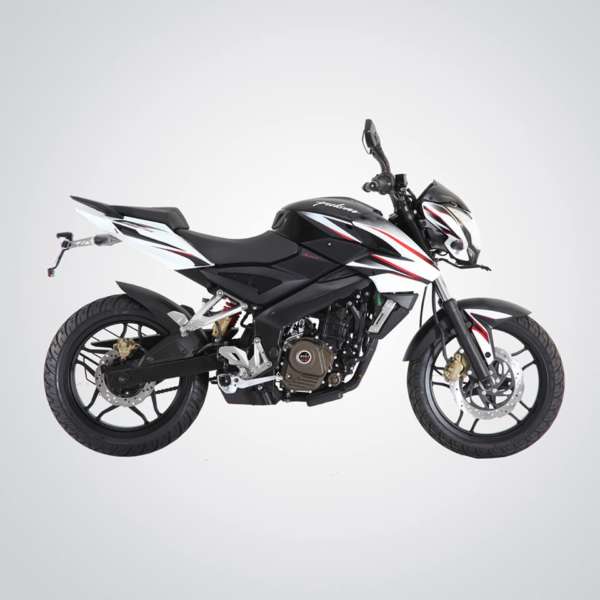