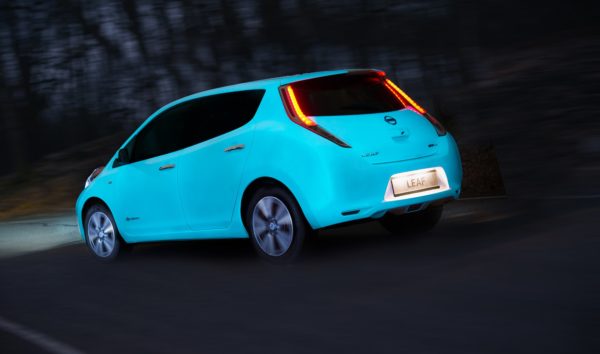 Don’t go by that title, but take a look at the car in the picture. It isn’t glowing after being electrocuted by its own batteries, neither is the image photoshopped or has taken a dip through an instagram filter. What you see is a Nissan Leaf electric car that could spook many ghosts on a dark, moonless night. It has been sprayed with some luminous paint which absorbs solar energy during the day and makes the car glow for up to 10 hours after it gets dark.  Made entirely out of organic materials, including strontium aluminate, this photosynthetic car is the luminous idea of  inventor Hamish Scott, who teamed up with Nissan for this bright effort. 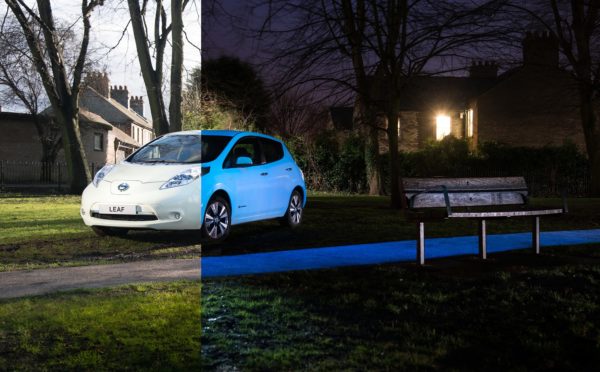 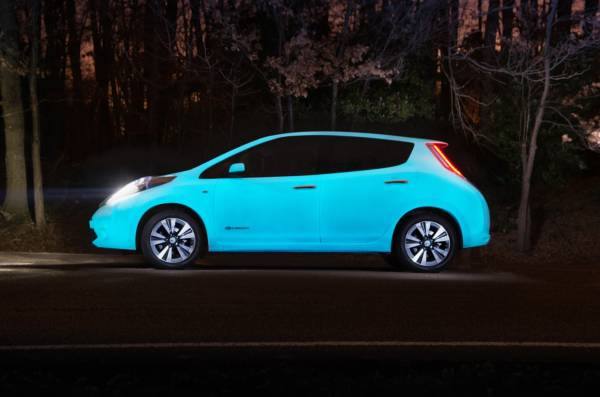 The trouble is, one needs to leave the car parked while the sun is shining, or else you’d end up driving just another white car. Surprisingly, if made to be commercially available, the paint can hold up for as long as 25 years. Sadly, you can’t just go out there and buy a glowing leaf, as this is more of a publicity stunt by Nissan to enhance the electric car’s popularity. Not an entirely unique effort, similar non-organic paints applied by third-party vendors have already left their marks on other cars. Nissan though, is the first manufacturer to use this glow-in-the-dark paint, which is also organic.