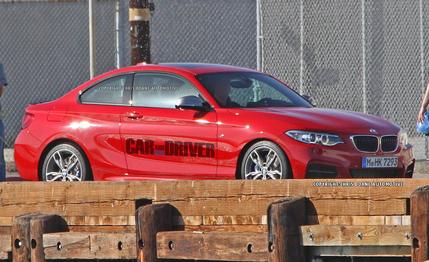 Spy pics of an undisguised BMW 2-series test mule have surfaced on the cyber space. As we have been saying, Bavarian premium car maker BMW intends to plug in all the gaps that exist between the cars in its current product portfolio and the 2 series will be to 1 series what the new 4 series is to the 3 series. This means that the 2 series will replace the 1 series coupe and convertible. The 2-series lineup will consist of both coupe and convertible model and the 2 Series cars won’t look much like the 1-series hatchback. However, the 2 Series continues to be a compact, three-box two-door with rear-wheel drive layout. On the inside, the car is identical to the 1-series hatchbac.

The 2 Series is based on BMW’s compact rear-wheel-drive platform. As for the 1 Series, there are good chances that the car might soon shift to Mini’s front wheel drive platform.

Powering the 2’er will be a 240 hp, 2.0-liter turbocharged four pot petrol engine for the 228i variant. The N55 3.0-liter turbocharged straight-six with 320 horsepower will power the M235i. The M2, the performance oriented M variant, will have at least 360 hp. The car will be a direct rival of Mercedes-Benz CLA45 AMG and the Audi RS3. The regular variants will get a ZF sourced 8 speed automatic box. The M2 could get a seven-speed dual-clutch transmission. 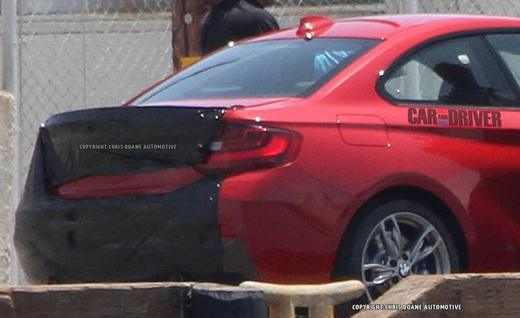