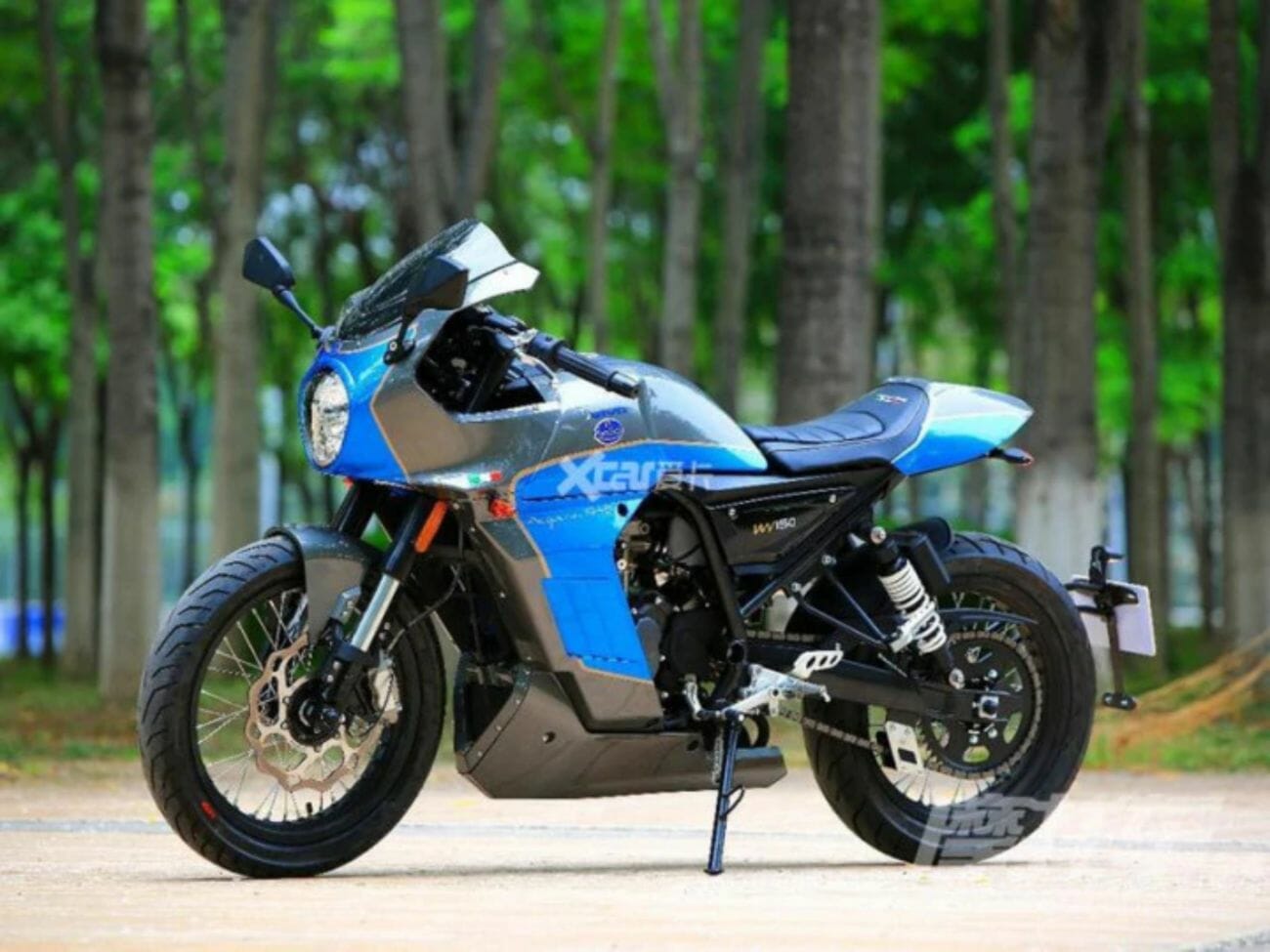 A 150cc café-racer from Aprilia christened as Pagani 150 has been launched at 21,800 Chinese Yuan or roughly Rs 2.35 lakh ex-showroom. It was launched by Piaggio’s Chinese counterpart, Zongshen Piaggio Foshan Motor and is based on the FB Mondial HPS 125. It might look a bit quirky to some but still manages to grab a lot of attention.

It is built on the foundation of Aprilia’s café- scrambler, the CR 150 and is the rebadged version of FB Mondial Pagani 1948. If you are wondering, FB Mondial is the same company which launched the hipster motorcycle HPS 300 in India. It might not have been that successful but it garnered appreciation form all around because of the way it looked. 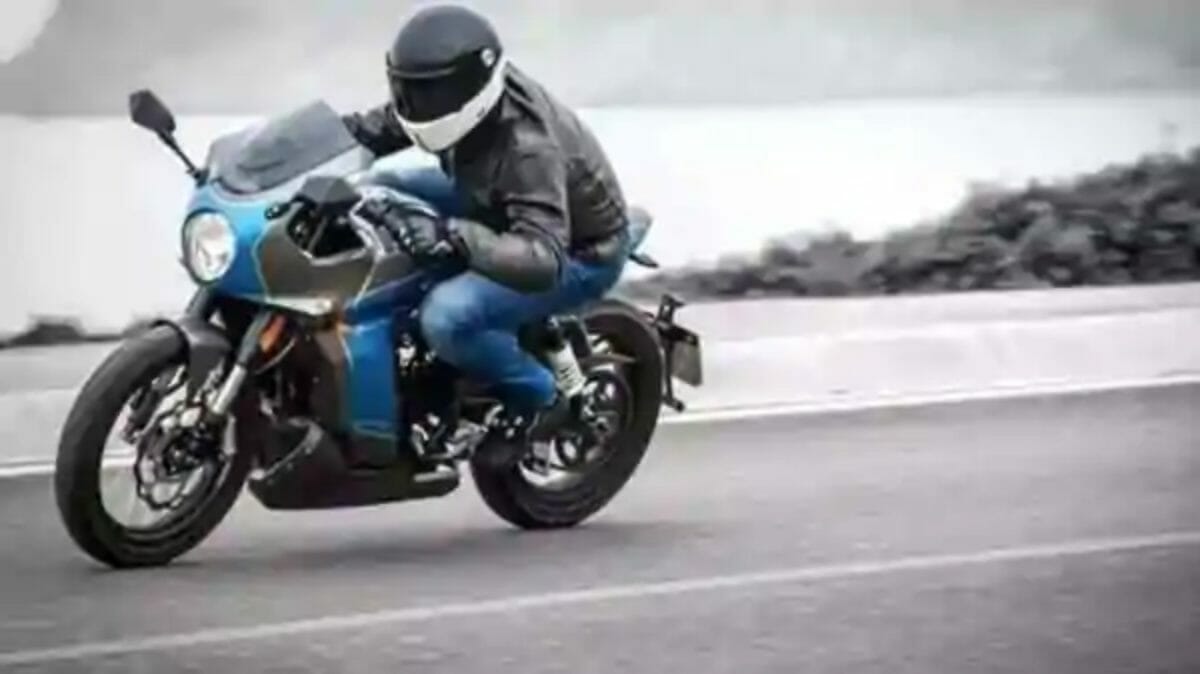 There are striking similarities between the FB Mondial HPS 125 and the Pagani 150. The latter borrows the same body panels, fuel tank, seating configuration, swingarm, exhaust system, suspension, footpegs, wheels and more. When it comes to visual elements, the fenders and the fairing are different and so is the rider’s triangle. It is powered by a 150cc liquid-cooled engine good for almost 18bhp @ 9,750rpm and 14Nm @ 7,500rpm. This is mated to a 6-speed transmission. 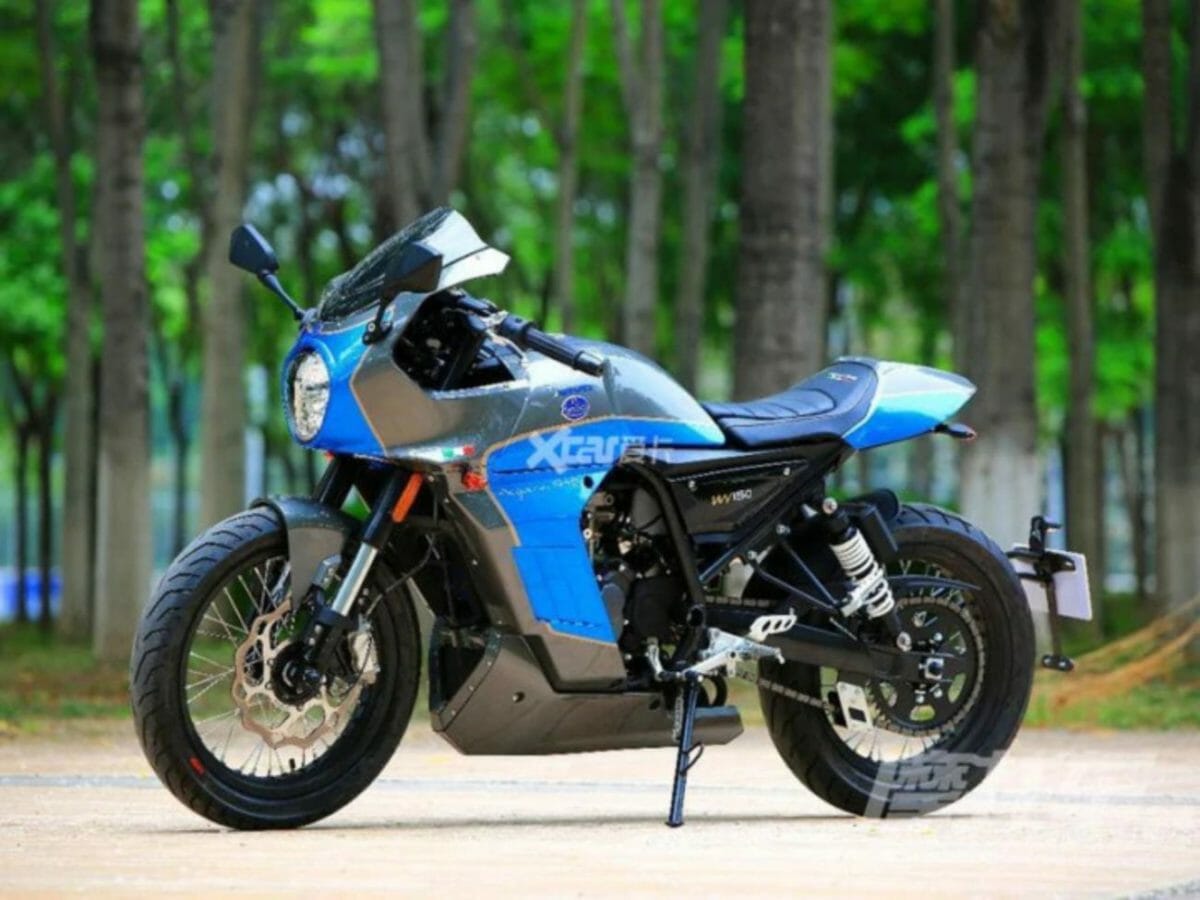 The profile isn’t any conventional café-racer like because the fairing looks like an afterthought and is only half. They didn’t even bother to change the layout of the exhaust because it still features the scrambler-style high-mounted exhausts. Its suspension duties are taken cared by USD front forks and monoshock at the rear, while for the braking, petal disc brakes are used. It rolls on 100 mm section tyre at the front and 130 mm section tyre at the back. The bike tips the scale at 133 kg kerb weight and has a 785 mm seat height. It has been made available in two colour options – Red and Blue. 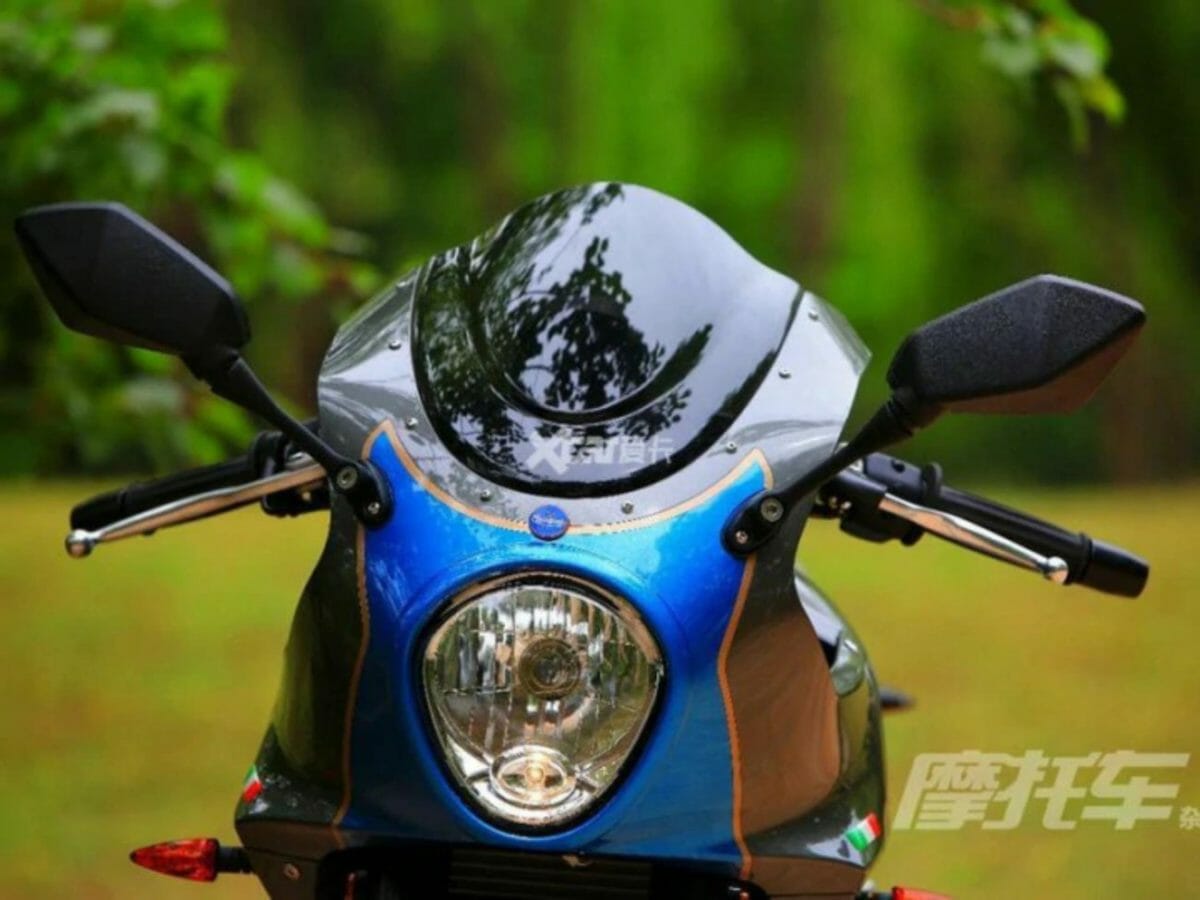 And no, we won’t get to see it in India because it is a China-specific model only but we if we are talking about 150cc motorcycles, Aprilia does have plans to bring the RS 150 and the Tuono 150 sometime next year. Aprilia recently filed to patent images of the Tuono 660 too. The official details regarding the Tuono 660 might not be out in the open but going by what they pulled off with the Tuono V4, it isn’t hard to assume how the Tuono 660 will turn out to be.

Also read: Aprilia India Buckling Up to End the Silent Streak with a Storm?

The RS 660 is being tested on the roads and it won’t be long when we will see its naked cousin prowling the streets. If Aprilia follows the same timeline of the RS 660 with the Tuono 660, we will get to see the test mules on the streets in the coming few months. It is going to retain the same engine as the RS 660. Underneath the fairing, lies a 660cc, parallel-twin motor that is capable of producing 100 bhp.